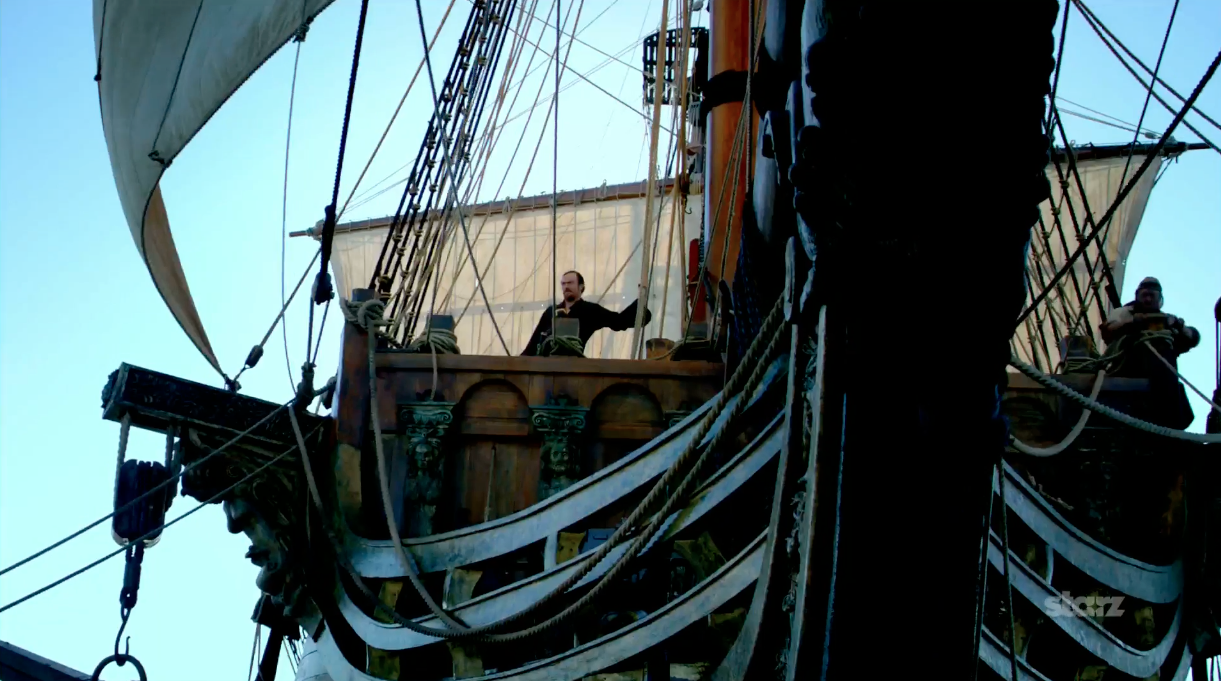 Captain Flint (Toby Stephens) is Sails‘ undeniable star, the prime leader of the island who delivers the most product to Guthrie, but no one’s happy because.. well.. they’re pirates and they can only want more! They also have their doubts with rumors of Flint dumping the majority of their resources in search of a Spanish ship rumored to be worth millions. Oh, and he’s keeping that important bit of info from his crew! A pirate lying for his own gain?! Seems we’re on track.

As with most historical dramas, plentiful characters expand the plot. Each grimy pirate soul contains a piece of the puzzle. For instance, a meeting with one will turn into a secret, thus the next character reveals another part of the overall arch, while sending us back for another secret. Along the way, this moody yarn is full of greedy politicians, wise natives, devious women, and those damn British soldiers. If “Black Sails” is anywhere as successful as Black Flag, you can bet there’s going to be a lot of swashbuckling costume parties in the making — or maybe that’s just at my house. Hey, either way, so long as we see some ladies “dressed” liked cunning prostitute Max (Jessica Parker Kennedy), I’m all for it.