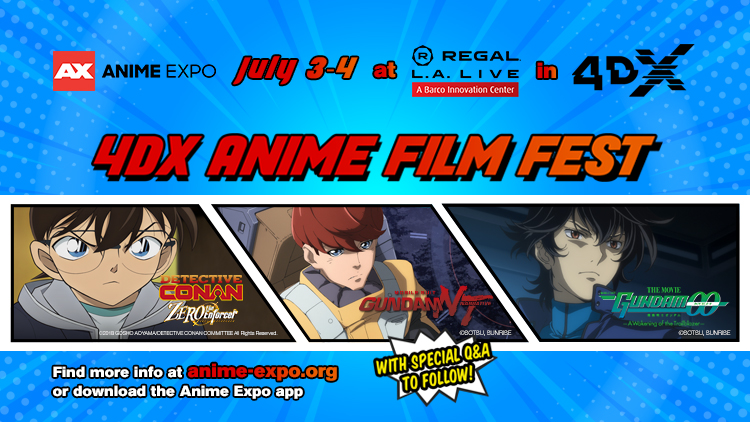 “We are thrilled to be working with 4DX to bring the first ever 4DX Anime Film Fest to the thousands of Anime Expo fans. Not only will they get to experience the extremely impressive multi-sensory movie format, they also have the opportunity to gain insight into Gundam during the Q&A session,” said Ray Chiang, CEO of The Society for the Promotion of Japanese Animation.

4DX innovative theater technology enhances the on-screen visuals of action-packed blockbusters and haunting horror films, transcending the traditional cinema experience through specialeffects including motion-synchronized seats, wind, fog, rain, lightning, snow, bubbles, vibrations, and scents. The result is one of the most immersive cinema formats in the industry, drawing fans into the action on the big screen. 4DX currently reaches more than 644 locations worldwide, with 21 of those locations in the United States.