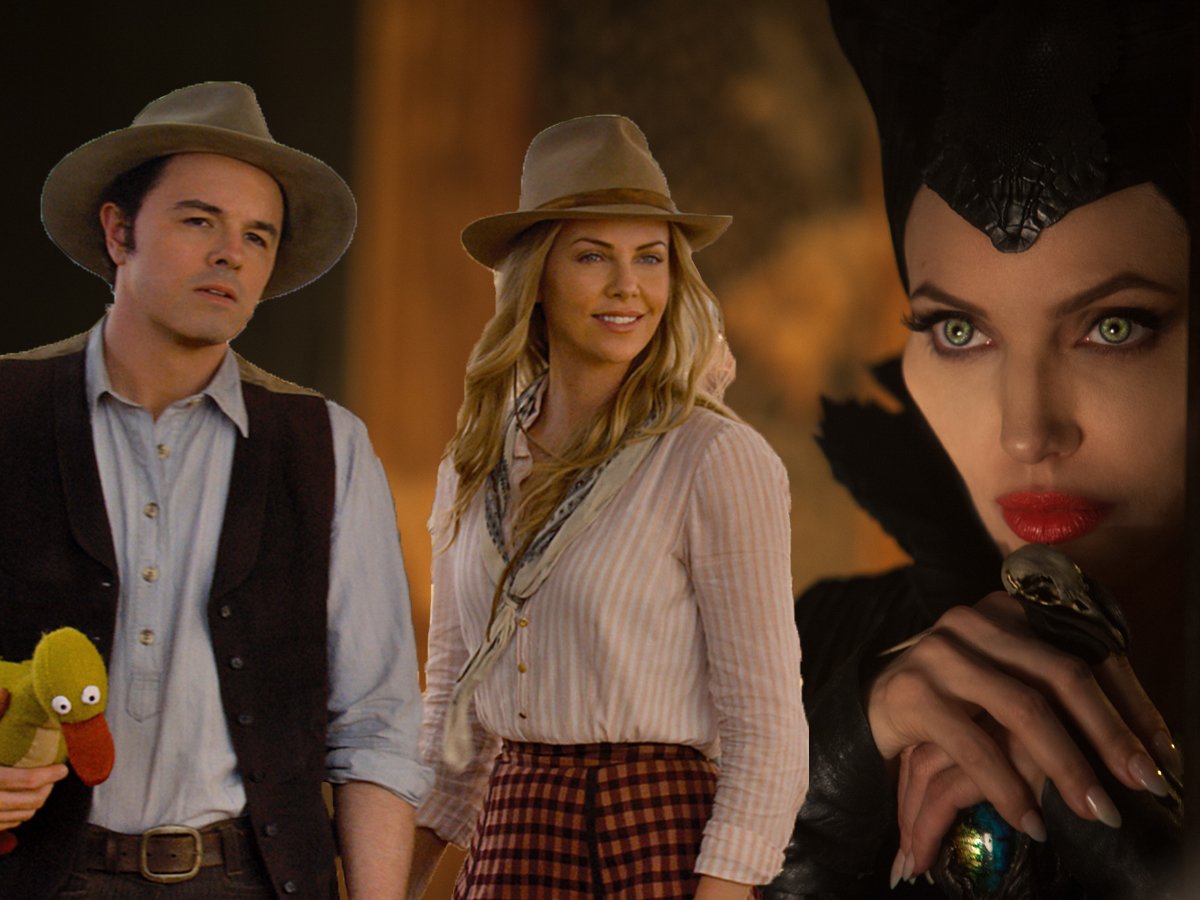 Your favorite Traveling Nerd Apostle is finally back in sunny California after weeks of traveling the globe in search of all things nerd. This week finds a pair of films I was really looking forward to before my jet-setting nerd cape takes me up, up and away. First up we have Family Guy creator Seth McFarlane’s Western attempt at Blazing his own Saddles, and then Angelina Jolie’s flagship film brought to you by none other than the House that Mouse built. So sit back, indulge yourself into these spoiler-free reviews– and then decide whether getting blasted by the cinema’s AC will be more than worth your while this weekend.

A MILLION WAYS TO DIE IN THE WEST

Before anything, let’s begin with the fact I’m a huge fan of Ted. I went into Seth MacFarlane’s second attempt at directing and his lead-acting debut with the same joy and enthusiasm that Ted leaves you with after a jay and two hours of laughter. That’s not at all what the Apostle received in this Western version of a bad episode of Family Guy. Seth does attempt to stock this ill-conceived western with enough celebrity appearances (i.e. what essentially ruined Anchorman 2) and child-poo comedy to distract you from the lack of plot and overall storytelling.

In the end, these A-listers do little more then attract attention on the movie poster.

MacFarlane plays Albert Stark — a simple sheep herder in the Old West — who constantly paints a dyer picture of how terrible life is to his best friends, Edward (Boiler Room‘s Giovanni Ribisi) and prostitute/Christian/virgin-waiting-for-her-wedding-day Ruth (comedian Sarah Silverman). “There are many ways to die in the West,” Albert constantly mentions. But the real issue isn’t the shock value attributed to this movie’s magic deaths from lack of modern medicine, or violence, but to the lack of comedic chops. The jokes simply aren’t there.

Albert is soon dumped by his longtime girlfriend (Mean Girls‘ Amanda Seyfried) for a proper mustache-wearing gentleman (Neil Patrick Harris), which sets this story for the final confrontation between the desperado Clinch Saddleback (Liam Neeson) over his wife and Al’s new gal, Anna (Charlize Theron).

While this in no way shape or form touches the classic Mel Brooks flick, A Million Ways offers a handful of “LOL” moments. Still, the rest of the film’s unevenness — including some deeply apologetic editing — leave this Traveling Nerd wanting more! Seth’s thirst for the spotlight as the leading man is what unravels AMWTDITW the most. His lack of character development, timing with fellow actors and, hell, heart is what really kills this movie.

The raging bulls and cholera outbreaks are the least of Alberts worries. Not even our Chief editor Monsignor Moody playing Seth’s stand-in could save this wrong-winded tumbleweed.

Universal Pictues’ A Million Ways to Die in the West in theaters this Friday, May 30.

(Flip the page for a review of Disney’s Maleficent!)