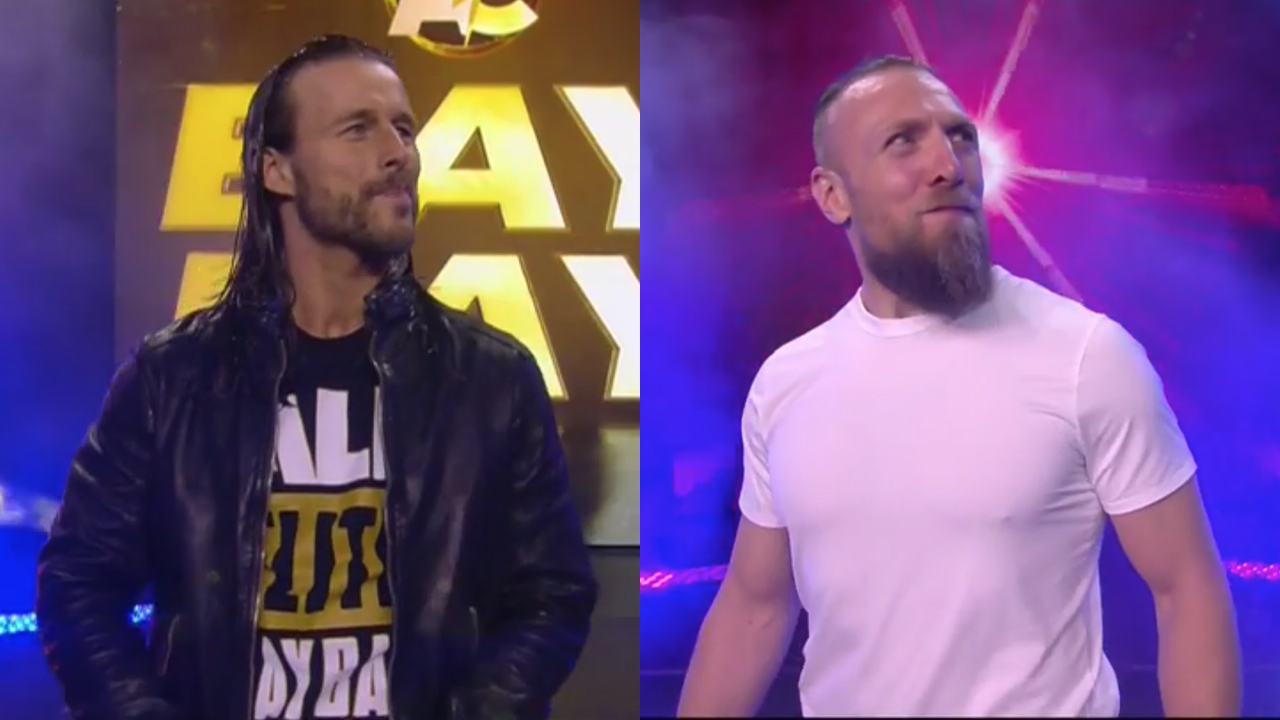 –Buy-In – 10-Man Tag Team Match: Best Friends & Jurassic Express vs. Hardy Family Office – 3/5 – Just a fairly fun opener to get guys on the card and the crowd ready. Some solid double team moves and a happy way to start the show.

–TNT Championship: Miro (Champion) vs. Eddie Kingtson – 3.5-3.75/5 – You knew it’d be good, but you didn’t know it’d be THIS good. Hard hitting brawl with many high impact moves. Maybe the most impressive work I’ve seen from Eddie in AEW yet. With the ref kinda causing Kingston the W, let’s get that rematch in dude’s own backyard at Arthur Ashe.

–Jon Moxley vs. Satoshi Kojima – 3.75/5 – You can wear other company’s attire/brands/logos in AEW… Mox with the GCW hoodie solidified that notion. This was also def a New Japan strong styled match.. Kojima def lived up to the daring challenge, and Mox kept things more subtle with the selling than usual. This one just felt like a FIGHT. While it sorta ended on an anticlimactic note, it was fine to only go 11 with this many matches on the card. Also.. SUZUKI showed up, beat the hell out of Moxley, and nailed him with a Gotch!

–AEW Women’s World Championship: Dr. Britt Baker, D.M.D. (Champion) w/ Rebel and Jamie Hayter vs. Kris Statlander w/ Orange Cassidy – 3.75/5 – Maybe it’s because I haven’t watched an excellent big time woman’s match in a while (with apologies to Japan; I just have completely fallen off that spectrum), but I loved loved this match and all the drama. The finish was killer.. with some great transitions from Britt. Kris is a legimate contender, but it’s just not her time. Is there a more complete female wrestler — with character work, wrestling style, star power, etc. — in the game right now than Britt?

–Steel Cage Match – AEW World Tag Team Championship: The Young Bucks (Nick Jackson and Matt Jackson) (Champions) vs. The Lucha Brothers (Rey Fenix and Penta El Zero M) – 4.75-5/5 – Instant Cage Match Classic. If you’re not a Jim Cornette worshiper, then you likely will agree. Many are now considering this one of, if not THE, most impressive Cage match to date. That’s wild but acceptable if you enjoy spots and “spam finishers”. It’s a style that’s only really polarizing from the loud minority on the interwebs, but whatever. Shit was 🔥🔥🔥

–Women’s Casino Battle Royale
Nyla Rose vs. Thunder Rosa vs. The Bunny vs. Big Swole vs. Tay Conti vs. Diamante vs. Penelope Ford vs. Red Velvet vs. Hikaru Shida vs. Emi Sakura vs. Jade Cargill vs. Kiera Hogan vs. Abadon vs. Leyla Hirsch vs. KiLynn King vs. Rebel vs. Jamie Hayter vs. Anna Jay vs. Riho vs. Skye Blue – 3/5 – My biggest complaint about AEW PPV’s is match placement and, man, this was, to me, the best match placement in Tony Khan’s booking career. Every peak moment of All Out had a breather and this was that breather. Sort of. Enter Ruby Soho! And boy did the former Ruby Riott not disappoint. Hell, she won and also held her own against arguably one of the world’s best in Thunder Rosa. Can’t wait for all the possible match-ups in this division. With the return of Anna Jay and Riho (who got screwed by getting tossed out under the ropes?), this division just FEELS like it’s thriving.

–The Final Fight: MJF vs. Chris Jericho – 3.25-3.5/5 – Despite a “final” grudge matche with two of the biggest stars — and absolute mic-men — in AEW, this one took a while to get the crowd back after all the awesomeness of All Out’s first half. That said, the controversial “finish” led to some major crowd heat and I’m a huge fan when interference doesn’t lead DIRECTLY to the finish (see main event). Their stables didn’t play a huge part, and Jericho won the way he lost the last time to MJF. And, man, MJF is soooo much better a wrestler than he was in the indies. So much for needing a performance center.

–CM Punk vs. Darby Allin – 3.75-4/5 – How Punk Got His Groove Back. That’s what this was all about– getting CM Punk (who appeared in peak physical condition for his age; he looks great!) back to Punk after 7 years off, and, of course, shooting Allin to the moon. The finish was absolutely killer too. You really couldn’t ask for anything more from this!

–Paul Wight vs. QT Marshall w/ The Factory – 10/5 aka jk aka it doesn’t matter aka 2/5 – QT is the best heel in the industry lol … this was a much needed breather bet Punk & The title match.

–AEW World Championship: Kenny Omega (Champion) w/ Don Callis vs. Christian Cage – 4/5 (if you include EVERYTHING!) – As far as the match, this was a close to a very good match as you can get.. def 3.5-3.75 minimum, but you’d never know it with how quiet the crowd was for much of it, waiting on their heels in anticipation for their American Dragon to arrive. Little did they know that it would become time for ALL ELITE BAY-BAY as well, and, thus, a strong Championship match wound up no more than just an afterthought. Shame, bc Kenny and Christian worked a terrific match.. and Christian took a Super One-Winged Angel for the loss following a teased Super Killswitch. There were a couple great table spots for good measure too… but, MAN… it was all about the shocking Adam Cole debut in AEW (joining the Elite) and the double surprise of Bryan Danielson.

You really couldn’t book it any better. It was a magical finish to a damn awesome, awesome show.

While most of the matches ranged from “good” to “very good”, this All Out was ALL about storytelling, shockers, and overall consistent quality (sans a silly, albeit entertaining women’s battle royal and a quick Big Show squash), that led to AEW’s arguable best show to date. No, this wasn’t a great show in terms of pure match ratings; I’ve reviewed far better shows in-ring from NJPW (G1, Dome), PWG (BOLA, ASW) and especially NXT (most TakeOvers). But, none of them had the strong alternative “changing of the guard” feeling that this one had. Not even close. Between the wide open Forbidden Door, seriously strong title matches and title pictures, ultra surprises and insane crowd reactions, it finally feels like All Elite Wrestling is a legitimate contender.. no.. fuck that.. THREAT to McMahon’s empire/Universe.

And if only a mere blip on Vinny Mac’s radar, at least this AEW is fun AF to watch.