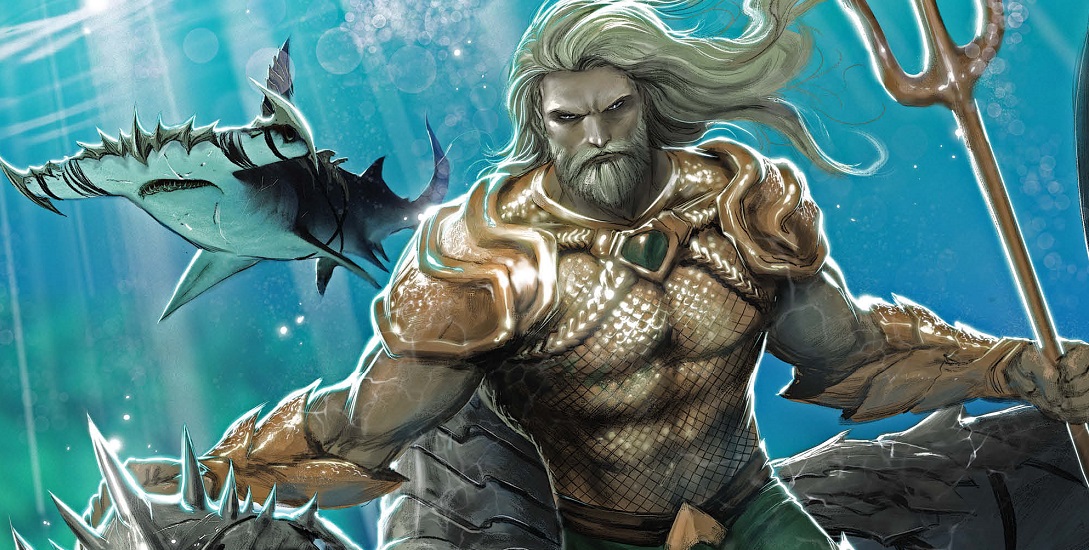 Y’know, when it comes to Marvel or DC, it’s not very often that a Black man gets to write more than an eight page back-up story or a short chapter in an anthology. Any time that we get more, I am more than elated.

The story bounces back and forth between a tense confrontation that Aqualad has with his father, Black Manta, to the present where Jackson and his digitized grandfather (housed in an advanced craft) make their way to Xebel. This was quite the coming of age story for Aqualad and the background given by his grandfather explains, but not excuses, why Manta is the way he is — a Black male growing up in Baltimore during the 80s doesn’t get the nice picket fence naivety of childhood — and was quite illuminating. Jackson befriending a potential love interest was also heartwarming; especially since we don’t see that many Polynesian queer heavy set characters from the big two. 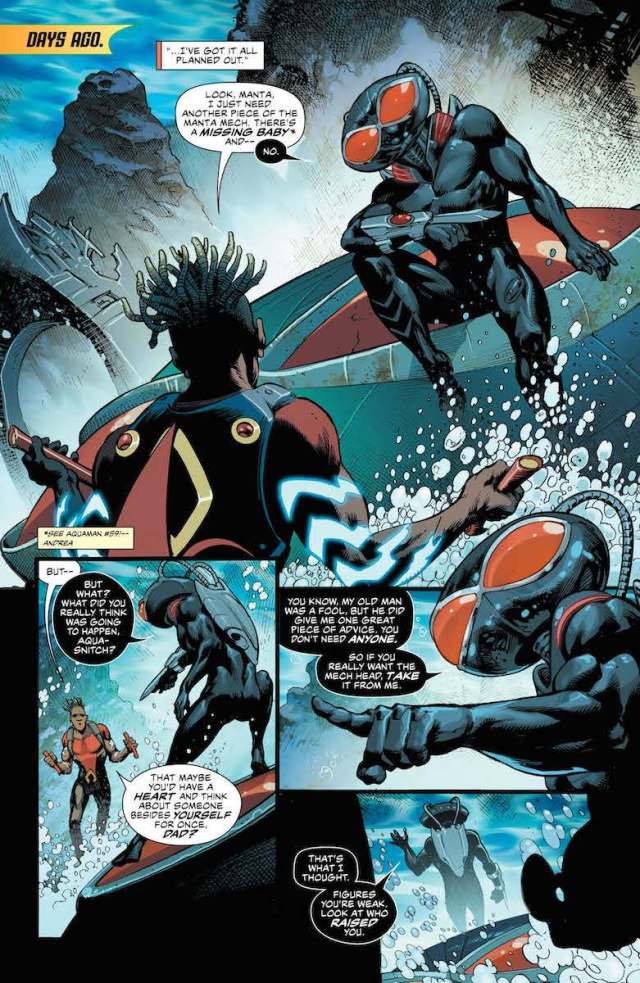 The emotional beats were amplified by the amazing pencils from Marco Santucci. His action beats are always on point, but the level of “acting” in this story really hit home the emotional highs and lows. This was buoyed by the excellent palette utilized by colorist Romulo Fajardo Jr.. The heavy greens and blues are common for underwater stories, but the fact that red was only used in Jackson’s clothing, Manta’s visor, the Manta ship or blood, made it stand out even more.

Seeing what writer Jordan Clark (a neophyte to DC’s bench) was able to pull off in just one issue, I can’t wait to read his conclusion next month. 4.5/5 Bibles.

Marvel’s got a thing for the future imperfect for the premiere issue of Maestro, a series which focuses on the Hulk navigating a strange, new future world.

Set in an indeterminate future, the Hulk finds himself waking up to a world destroy through global conflict, but not until after experiencing a painful false future that reunited him with his friends, the Avengers, and his family, including two sons. Those memories — implanted by A.I.M. scientists — were used to keep the Hulk at bay. The reasoning? He was being held deep under Los Angeles at an A.I.M. lab, along with other beings who gained their special powers and abilities through radiation. The mastermind? None other than M.O.D.O.K., now a brittle, decaying husk of his former genius, hoping to band together enough survivors to try giving human society a second shot. 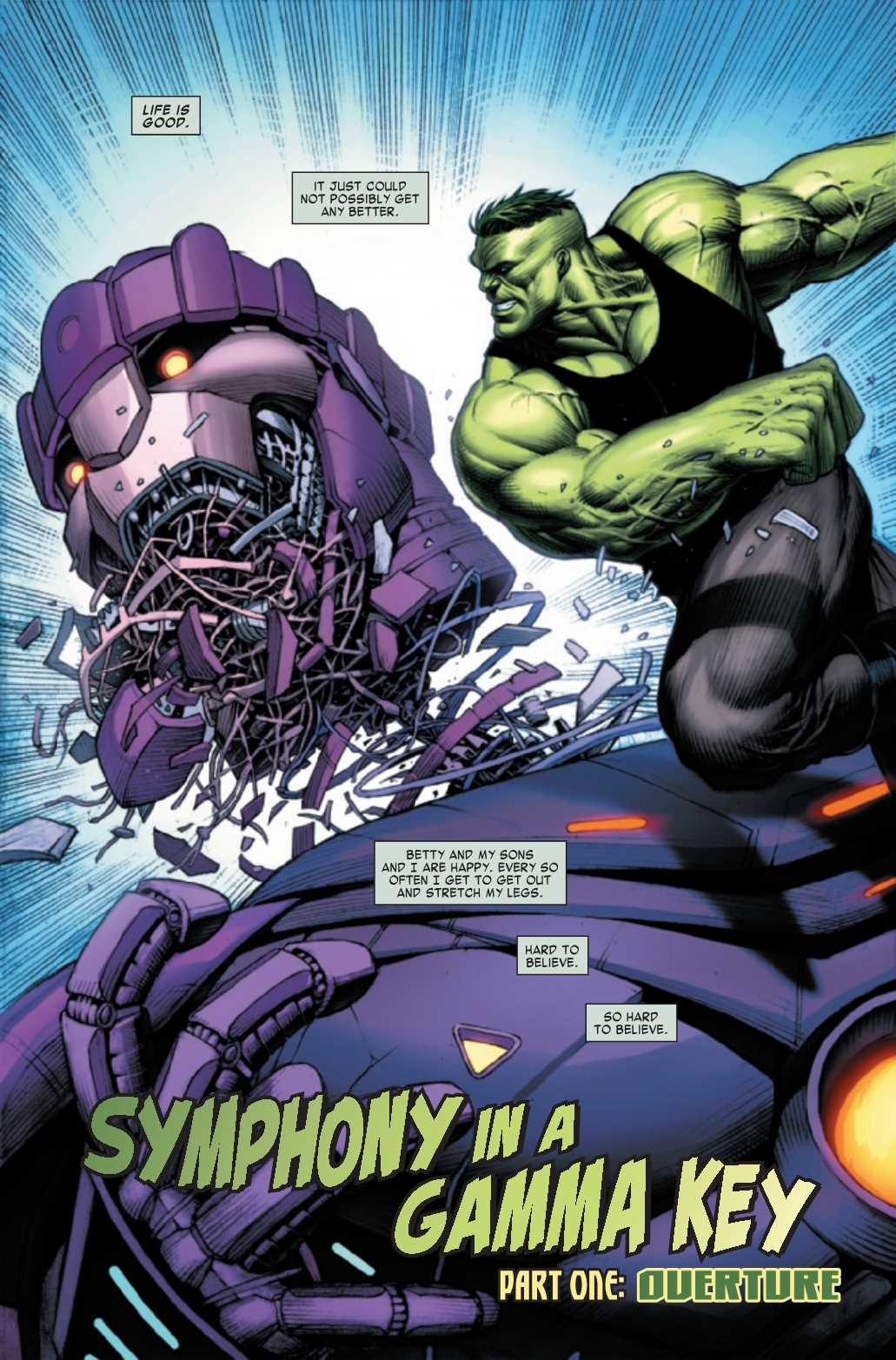 Writer Peter David‘s script is laser focused on the plot, and his Smart Hulk seems to have gained a real personality (it’s been a while since I’ve read any solo Hulk adventures. Noticing him crack wise is fun, if a bit odd), although he still has his usual rage issues. Artist German Peralta, and colorist Jesus Abertov make use of the muted post-apocalyptic world, with cool, subdued colors. The entire opening sequence, with past heroes returning, had a deliberately different vibe to it, due in part to the artist Dale Keown and Jason Keith sharing duties there.

As interesting as this opening issue is, something about another future, post-apocalyptic story seems passe. But if you’re a fan of the Hulk, or of stories of that like this will no doubt scratch that itch. And, finally, I’ve never understood M.O.D.O.K. as a character…his design is just so goofy and freakishly bizarre it irks me to view him as a serious threat. This is neither hit nor miss…just straight on down the middle. 3/5 Bibles.