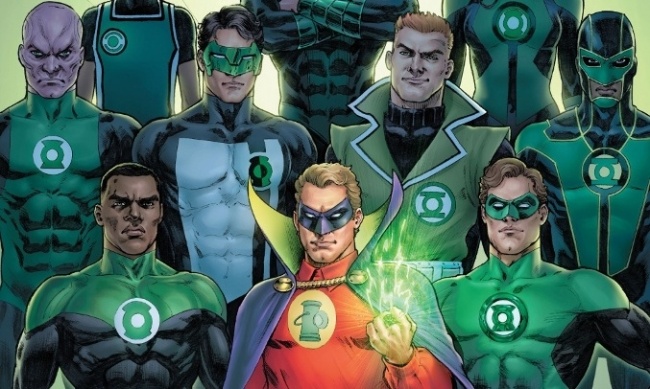 This Empyre storyline seems like it has it all: conflict-driven storylines; character meetups; past lore building…the story, even, further twists and turns at every corner and much more.

Avengers: Empyre #0 is no different. In this issue, we get a look at the buildup to the conflict from the perspective of Tony Stark, who has been around to see more than the other Avengers. Al Ewing (Loki, Avengers, and Immortal Hulk) has built a story that looks to be vast and all-encompassing and Pepe Larraz (House of X, Thor, and Star Wars) has illustrated the vision perfectly. Overall, the prequel to this Empyre series is excellent and serves as a great building blocks for an even better adventure. 4.5/5 Avengers Agree With This Message.

Clocking in a a whopping 50+ pages for the first issue of Terry (Uncanny X-Men, Red one) Dodson & Matt (Casanova, Sex Criminals) Fraction’s ADVENTUREMAN #1, this book has some heft to it!

ADVENTUREMAN is a Doc Savage-esque pulp hero whose last story ends with him at the mercy of his arch-nemesis, about to be killed. Then… nothing. The series ends. That’s it. Until.. eighty years later the story begins.. again! A single mother Claire and her son seem to be at the center of this new iteration of Adventureman! Claire has gone deaf from a work related injury, feels like the black sheep of his very large overachieving family and is running her deceased mother’s old used book store. THAT’S where things get really interesting. ADVENTUREMAN was just a series of pulp fiction novels, right? Weren’t they?! 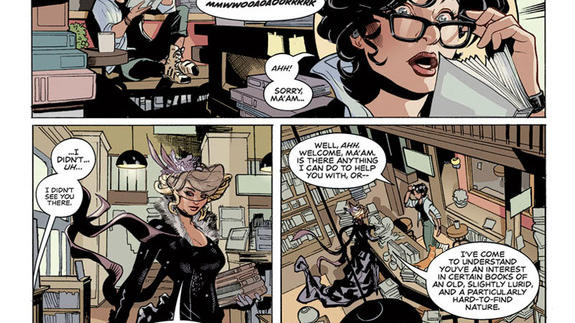 Artistically, the Dodsons (Terry’s wife Rachel has been his inker since …. forever) have never EVER looked better! This is a true labor of love and it shows with every panel on every page. This book‘s genesis was close to a full decade ago, but major projects kept getting in the way. Terry’s art is always clean and his storytelling is as crisp and reader friendly as ever. Hell, he’s coloring the damn thing too!

Matt Fraction’s strength is his dialogue and here he’s showing off just a bit, but in a great way. The family scene has humor, drama, tension, loss, and love. It all feels nature and nothing comes across as forced. Where this road is headed, I can only guess, but I know for damn sure it’s going to be an adventure I can’t wait to see more of! 4/5 Bibles.

Another year, another landmark issue of a DC Comics character, this time the 80th anniversary of the indelible Green Lantern. This over-sized anthology issue features plenty of pin-up spreads, and various writers and articles throughout the long, storied career of the emerald intergalactic peacekeeper. As a celebration of the character(s), it has the exact same impact and resonance as the anniversary issues for Superman, and Batman.

The first vignette, “Dark Things Cannot Stand The Light”, is a character-based story centering on original Green Lantern Alan Scott, and his search for the relatives of one of his compatriots on the train ride that granted him his powers. It’s a bit understated, and the art, by the ever-great Gary Frank has the same ethereal sort of quality that accompanied Doomsday Clock to such great effect. Geoff Johns’ writing is always understated, as it is here, and it reinvents Alan in a way that actually seems to enrich him more than it might at first have seemed. 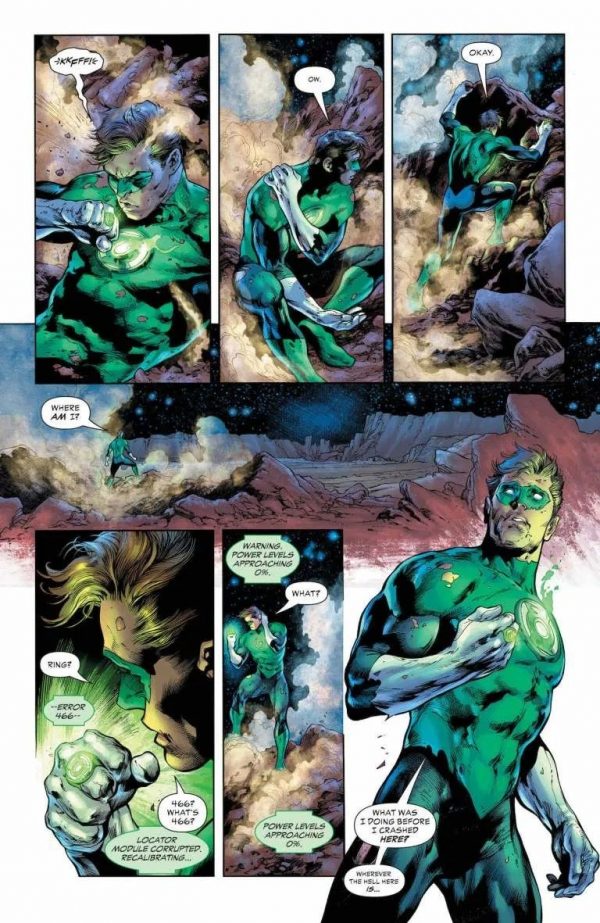 The standout story, however, is Robert Venditti‘s “Four”, which is set in some non-specific future, and features three of the most famous Green Lanterns (John Stewart, Kyle Rayner, and Hal Jordan) meeting up and reminiscing about old times, and what each Lantern means to the other. Rafa Sandoval‘s art works to great effect here, as the story packs a bit of an emotional punch at the end.

All in all, each of these stories are great, if not phenomenal. And with the various exclusive covers being offered, it is definitely worth a buy, especially to read one of the late Denny O’Neil’s last works. 4.5/5 Bibles.

I’m not gonna lie, right away I was drawn to this book by the cover. Thankfully, comic books give us a pass of the classic literary trope because the cover rocks, alright! First time solo artist Jacob Phillips does a bang up, pun intended, job of bringing to life the story of the aging Sheriff Joe Bob. Now thankfully the writing being done by Chris Condon is just as pleasing. The simple, yet witty, dialogue matches the aesthetic of a classic western. I’m IN.

Everybody has a Joe Bob in their life. Whether that be a family member, friend, colleague, etc, the character immediately becomes real for just about everyone. Also, I mean who doesn’t love Texas?! I’m no native, like co-creators Chris and Josh, but they beautifully capture the charm of everything Texas. Each panel makes the fictional town of Ambrose County come to life. A small, rural, town with a frighteningly nice population; so nice it makes one wonder what they’re hiding. Well, like Texas, That Texas Blood is interesting, charming, and a little bit scary because I just don’t know what to expect next and I feel that from this book. Image Comics does it again by taking a swing on a debut ongoing series and are quickly dominating the “must read” shelves. 4.5/5 Bibles.