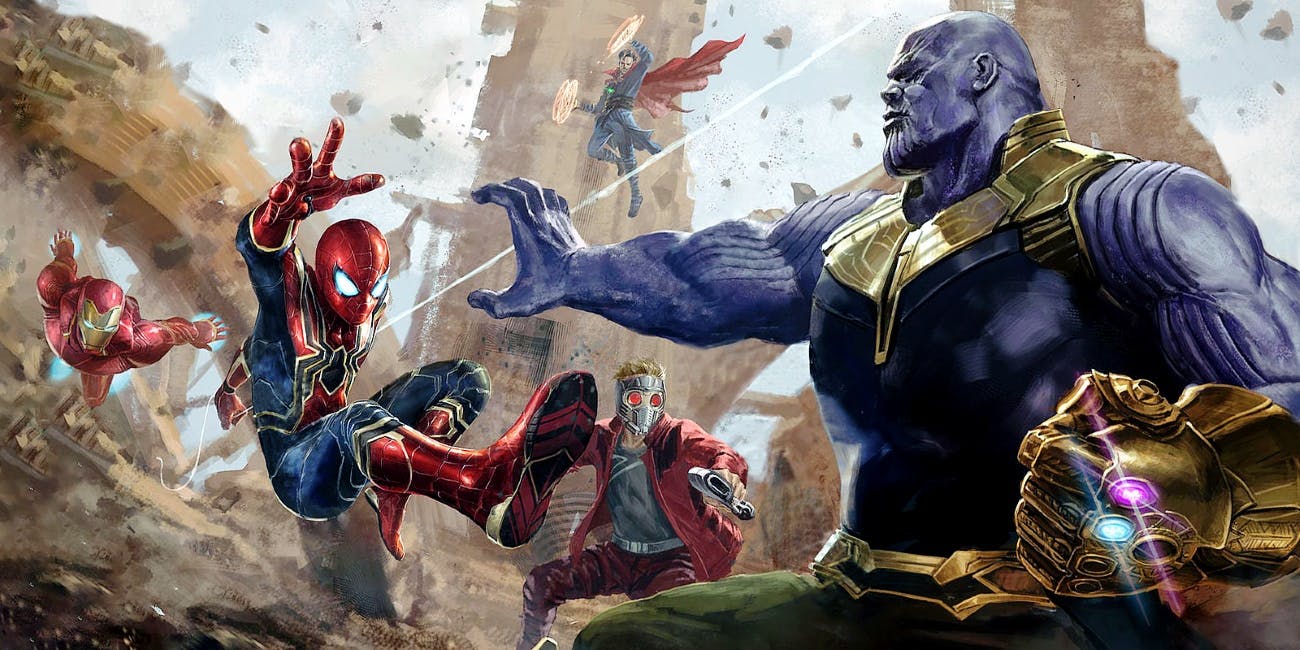 Ten years ago Marvel Studios embarked on an unprecedented journey to bring together movies of separate, standalone characters together into one interconnected cinematic universe. The movie that finally brought them all together, 2012’s The Avengers, originally seemed to be the endgame only to reveal at the end the true scope of their plans. Ever since then, everything in the Marvel Cinematic Universe has been building to this point: Avengers: Infinity War, arguably the most ambitious film of all time.

Those immense ambitions brought about huge risk as well, seeing as Infinity War didn’t just have to stand alone as a film, but also be the culmination of the 18 movies that preceded it in the past 10 years. No movie should be able to withstand that amount of pressure and responsibility. Yet, not only does this movie bring it, co-directors Anthony and Joe Russo, once again, go on to exceed my seemingly infinitely high desires and expectations.

Let’s be clear from the beginning: While the story in this movie upholds independently, it does so on the foundation of those 18 Marvel movies. Most of the heroes get little to no development since they’ve had the essential groundwork already laid out for them, which allows Infinity War to be Thanos’ (a wonderful CGI’d Josh Brolin) movie as he finally steps out from behind the scenes. In a way, The Mad Titan is actually sorta-kinda-maybe the protagonist of this movie. With The Avengers serving as the antagonists doing their mightiest to prevent his “dream”, there’s far more of a chance for the audience to empathize with the big purple guy.

It’s important to note that Thanos only engenders empathy, however, because–while the ends he seeks to achieve seem noble through his eyes–the horrifying means he’s willing to go to leave no room for sympathy, even as we see all he’s sacrificed and endured. In a way, Thanos comes off as a twisted reflection of Tony Stark; a point that’s subtly hinted at through their interactions with each other. All of that effort spent developing Thanos truly does pay off and his final scene in the movie is absolutely perfect because of it.

All that said, the heroes aren’t forgotten. In perspective, it’s important to note that 10 of around 25 heroes receive significant character development in a 2-hour and 40-minute film (especially a few that need it; Feige is listening!), but everyone has at least one standout moment in an action sequence. While on the surface this notion might lead you to believe that Avengers: Infinity War is way overstuffed, it still manages to deliver a story that’s compelling, tense and exciting that also webs together elements that this universe has been building for 10-years.

However, as much as Marvel has been billing this movie as the culmination of the entire MCU — and its superhero movie superiority supports that — this War feels more like a last major stepping stone to the actual culmination in next year’s still untitled Avengers 4 movie. That said, this is an Avengers/Marvel/superhero/popcorn blockbuster full of wonderful surprise, shock, humor, performance and horror that must be seen to be believed.