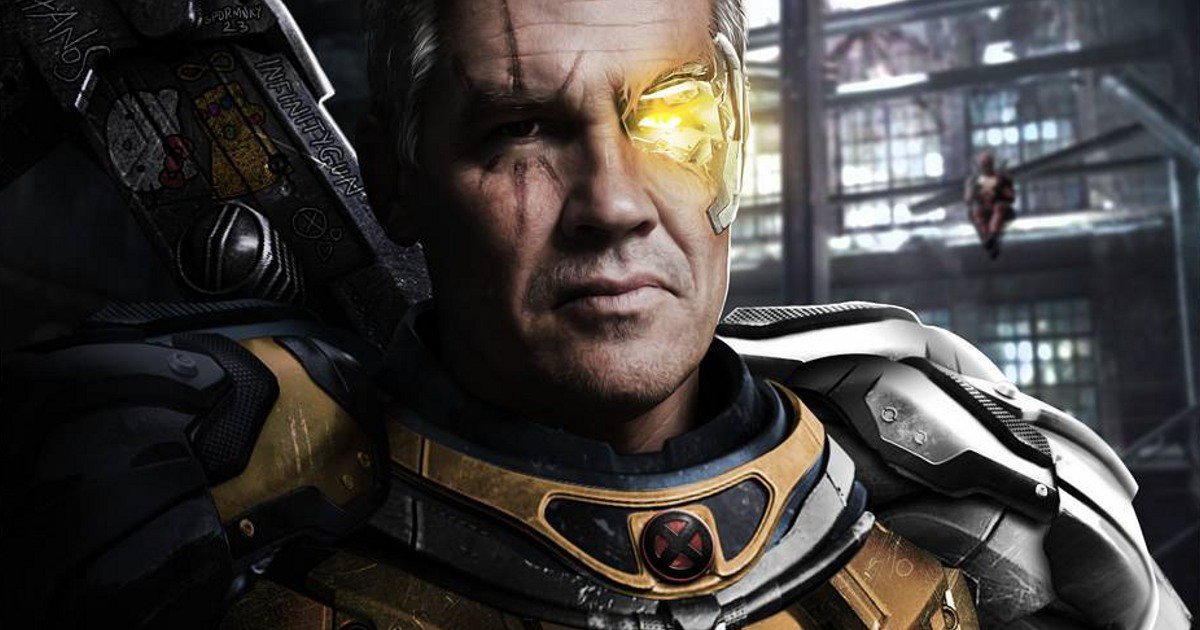 With Marvel Comics reverting the X-titles to the “fun” of the 90s (i.e. big action villains with subtle messages of progressivism), former Cable scribe James Robinson returns to the time-jumping mutant title with artist Carlos Pacheco (Uncanny X-Men). Robinson’s return to Cable is almost what you want in a first issue; it has suspense, mystery, and it’s well-written. But unlike X-Men Blue #1 which had some great moments in it, Cable #1 only has one and that’s slightly disappointing (Hint: It’s when Cable is in Japan in the 1500s). The book features Cable time-jumping from the Old West to Feudal Japan–and that is all fine and dandy,–while there are just brief mentions of who the main villain is.

The artwork by Pacheco is what is really the saving grace on this book. The artwork is clean, vibrant and really pops off the page. Look, I’m not saying the book is bad by any means; in fact, it was a pretty fun book, but after X-Men Gold and Blue, this book is really going to have to fire on all cylinders to be a monthly pull. That all being said… I do want to know who the big bad is. 2.5/5 Cybernetic Bibles.

Saga, the fantastical space opera created by Brian K. Vaughan and Fiona Staples, earned Hall of Fame status from Image Comics’ first printing in March 2012. The Harvey and Eisner award winning title remains on best seller lists precisely because of issues like #43. Alana, Marko, and now curious toddler and overall narrator, Hazel, are still the beloved and illegal family unit of warring planets, Landfall and Wreath. When tragedy strikes, the resourceful group, along with two additions to the ever-changing roster of allies and enemies, make camp on a desert planet akin to the Old West and, of course, weirdness happens. Weird *shit* happens to be exact. In 22 pages, all the elements that make Saga memorable appear, socio/political relevance, the timeless love of family, action, bizarre creations, and Staples’ incredible artwork. The ending is a doozy, introducing a new wrinkle to the epic, leaving readers hungry for the next issue. 5/5 Bibles.

The threat to the Universe (this time…) is biblical. I’m talking old school testament Genesis style! No, I don’t mean Golden Axe, or when Peter Gabriel was still the front man. Even older: the Tower of Babel. The tower that stretched so high it pierced the sky and caused the the great flood! This kicks off with The Earth-Whisperer herself, the Geomancer Tama on a quest in The Deadside. The Deadside is a place between the living and the dead. It’s not hell, and it’s not exactly purgatory either. It sure isn’t heaven. What it is, is filled with demons, lost souls and magic.

Enter X-O and The Eternal Warri.. oh no. That’s right, these two heavy-hitters are currently off the board. Thankfully MI-6’s resident man with the plan is here to help–Ninjak! His last trip to Deadside put him head to head with his other teammate, Shadowman. Shadowman has had a rough go of it as of late. Now working with the bad ass Mohawked voodoo priestess Punk Mambo to regain control of his powers; things are about to get ugly, quickly. What isn’t ugly is the tag team that is Matt Kindt (Dept. H) and Carlos Alberto Fernández Urbano aka CAFU. 4/5 One-Winged Angels.

HAHAHAHAHHA! I have to start out with laughter because this issue brought me so much joy. My problem in the past with any Guardian of the Galaxy book has been how difficult it is to read. This side from Gamora, I have not found many of their characters to be much of interest. Now enters Groot! Flaviano does such a bang-up job with illustrating the characters. Groots “bite size” form has an an appealing aesthetic. Marcio Menyz (Green Hornet) also brings Lil’ Groot to life as the colorist; his usage of such vibrant colors gave me the same joy as when I used to play Castle of Illusion starring Mickey Mouse back in the 90’s. The storyline definitely did not drag, either. The whimsical nature of bite-sized groot forced me to “lol” while reading a comic — who knew a well placed “I am Groot” could bring out that reaction.

Its no surprise that Christopher Hastings would write a funny and intriguing storyline, considering he writes for Adventure Time as well as Gwenpool (2 of my favs). By the end of the book I was left curious, joyful and wanting more. I can’t wait to see what trouble bite sized Groot gets himself into next.

*Sidenote* Was sooooooo hoping the Phoenix Force would not make an appearance and it DIDN’T. It seems like that damned fiery bird makes an appearance anytime a Marvel storyline goes into space. I get it, Marvel; you miss your prized gem and are bringing her out of the white room. Thank you for keeping her out of this one! 4/5 Jean Grey Hair Flips.

Here it is folks! The big showdown between a Deathstroke powered by the Speed Force and the Titans and Teen Titans! At the heart of it, the story is Slade’s own as a father who’s trying to atone for his past misdeeds. But unlike Barry (TV show Barry) it doesn’t occur to him that changing the past is bad news! On his third attempt to help save his son Grant, the Titans and Teen Titans enter the timestream to stop Slade wherein they encounter there past selves. After explicit instructions from Nightwing to not have any physical contact with the past selves, what does Damian Wayne do? Performs a stone palm technique on past Wally, effectively stopping his heart for seconds, in order to disrupt the history of the Flash and flush out Deathstroke from the Speed Force.

Because…timey-wimey! As opposed to feeling like a climatic conclusion, this issue felt more like a one-shot with far-reaching consequences. Kudos to what Priest, Benjamin and Dan Abnett did, even if it fell just a bit flat. 2.5/5 Bibles.

Taylor Esposito (Red Hood and the Outlaws) ups Fawkes’ dialogue-ante by dealing customized word balloons that aesthetically meld with every Sovereign member’s syntax. The Sovereigns are: Magnus (Cyborg meets Ironman), Doctor Spektor (Constantine meets Dr. Strange), Solar (Dr. Manhattan’s progenitor), Samson (a one-eyed strongman derived of Biblical-origin from post-apocalyptic N’Yark), and Turok (Conan meets Kraven the Hunter). If you’re down with tripping some superhero fistastic through time-shifting realms that hybridize the tropes of cybertechnology, occultism, the post-apocalyptic, and the pre-historic, then you might wanna smoke this superjoint… 4/5 Cyborgian Meltdown Magicians.

“Reunited and it feels so good,” Mike Costa creates a “Fatal Attraction”esque horror movie with Venom #150. The highly anticipated return as Eddie Brock is packed full of action and drama, as Eddie is debating whether if this reunion with the Symbiote was a good decision. It feels like Eddie talks to the Symbiote like he is back with an ex-girlfriend — but, when he thinks to himself, it feels like he is battling a drug addiction. He especially begins to have doubts when the symbiote decides to handle certain situations lethally on it’s own and leaving Eddie red handed. Mix this in with artwork of Tradd Moore who I have become a total fan of his energetic-psychedelic style since his Legend of Luther Strode comic he created. Moore style tag teamed with Felipe Sobreiro coloring another artist [also a fan of] and helps to see the world the way Eddie Brock sees it in his mind. 4.25/5 Bibles.

This book has all the makings of being shaken, not.. Ugh. Not doing that. Horrible “jokes” that this book will inspire aside, it does pretty much everything right. The artwork is clean and detailed. It also has some nicely stylized panels for the more action oriented sections. The color scheme is mostly flat, using basic gradients in a few panels. Normally this “boring” color setup would bother me, but it works for this book. I love the story and–very current–setting. The tone it sets is intriguing, playing on Nationalist tones that might hit a bit too close to home for some, but I feel do a great job at establishing the world 007 is working in. Bond is also not without his funny moments; at times reminding me of another secret agent by the name of Sterling something… 4.5/5 James Archers.