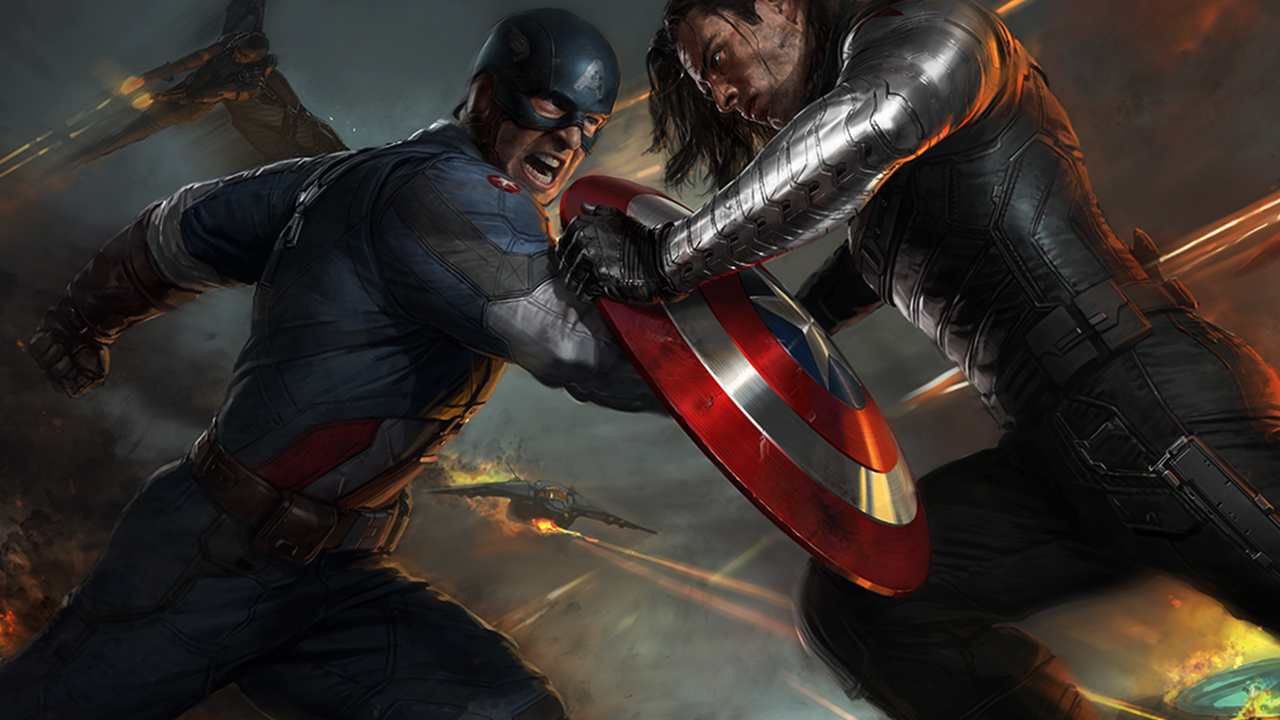 In fact, #CA2 is arguably Evans finest performance as an actor. In dealing with S.H.I.E.L.D., there becomes a certain weight of amenability vs. vulnerability that rides across the Captain’s shoulders (and perhaps even Fury’s as well). Evans is clearly up to the task, kicking as much ass with sheer confidence as he subtley handles his now more contemporary than ever lifestyle. You can just about see the questions swirling around Rogers’ head as he reflects on his past principles and searches for a newer responsibility and purpose. It’s also sad to know that Evans will retire from his craft — at least temporarily — once he’s all done honing the shield.

Thankfully Steve’s departure will have to wait at least another few years or so, as Marvel’s “Phase 3” will continue to roll the repercussions of Ed Brubaker’s brilliant tale. Directors Anthony and Joe Russo (“Arrested Development”, “Community”…uh-huh) bridge the engaging futurism of The Ultimates comic book with the sheer intensity of the real world’s sociopolitical skepticism. There’s a great mix of practical stunts and CGI, such as a pair of vigorous chase sequences that opt for the use of more practical means. It’s clear that handhelds and cable-wires equate to a more jolting espionage affair than, say, the sci-fi onslaught of Joss Whedon’s Avengers or Alan Taylor’s Thor: The Dark World. Shit, the only thing this superhero political action/thriller is missing is Warren Beatty and Gene Hackman.

There’s hardly a dull moment in the 136-minute running time either, as the multilayered script offers as many laughs and “geek-out” moments as it boils over ideological hardship. When comic nerds find out just who is behind all of the inner corruption, they will freak — perhaps at the screen time expense of Agent 13 (Emily VanCamp) and Batroc the Leaper (UFC legend Georges St. Pierre).

And, ehhh.. isn’t the name of the film The Winter Soldier? What took you so long in this piece to mention the dude? If him being James Buchanan Barnes (Sebastian Stan), then why yes, it has taken a long minute. That’s because a man in the shadows is always at his most dangerous. It’s also because any more than a brief mention of Bucky at this point would only spoil the fun. The Winter Soldier’s uni appears as masterfully ellaborate as the film’s set pieces, in addition to packing all of the arsenal of Bru’s funnypage take. And let’s just say there’s more to the plot of Captain America II than Covert Ops mind control and freedom, justice and the American way.

You’d be an April fool not to see it.