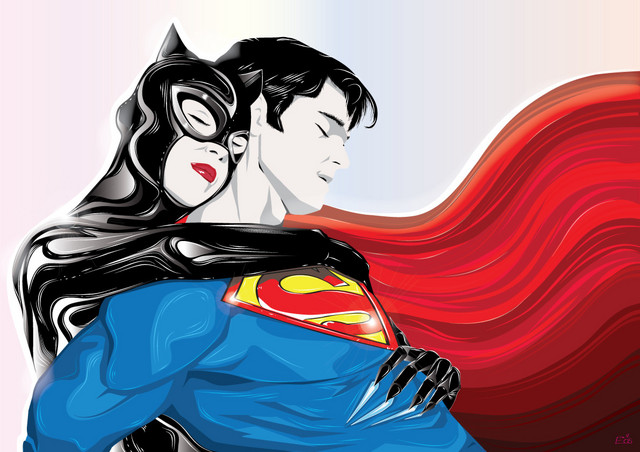 Superman should be more than his powers.

What the reader gets in Action Comics #50 is passive lip service to that idea. But what the reader glimpses in the art and absorbs through dialogue and narration as the “Savage Dawn” arc winds up to its climax is a Superman that is not just obsessed with his former power, but who willingly poisons himself with Kryptonite in an end-justifies-the-means scenario.

On its face, Action #50 is a wild ride that only Greg Pak (Batman/Superman) and Aaron Kuder (Avenging Spider-Man) can deliver. Their work issue-by issue has been stellar. But, the Superman they honed in this issue — raging, manic, ecstatic — is foreign.

The question is raised: What would Superman do? 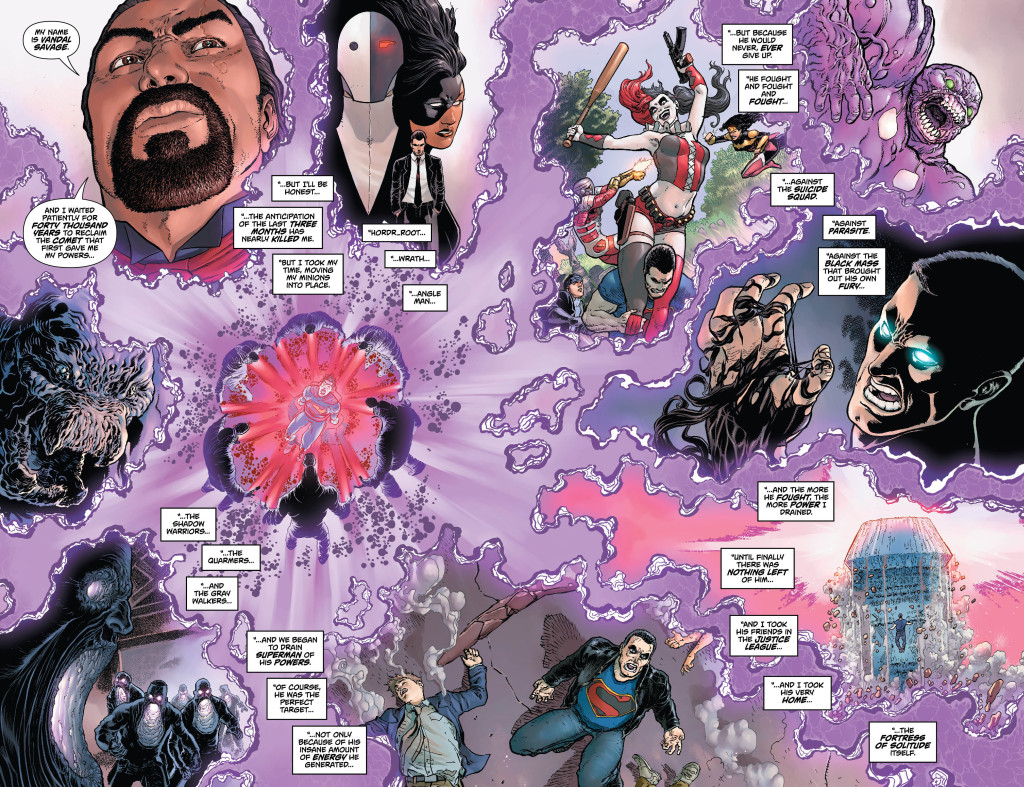 I’m not sure they answered their question. Superman would always find a way. But Superman would know, and should have learned in his depowered state, that he is more than his powers. All of the heroes, super and otherwise, that rush to his aid and the aid of all the people impacted by Savage’s scheme were inspired by him. His power only derives that kind of inspiration because of his integrity, and integrity means you don’t take shortcuts. But Superman did take a shortcut, and when it seemed as if that shortcut brought him to his lowest point, he was rewarded.

(Yes, I understand that electric Superman is on the horizon, but that’s another rant for another time.)

This should have been a celebratory issue. But Superman has been dragged so far afield from the character depicted in Superman #38, an issue that got everything right. The reveal at the end Action #50 should feel exhilarating, but all I felt was loss.

A great mystery and serious mayhem-filled Catwoman #50 concludes its “Run Like Hell” story by Frank Tieri (Ironman, Wolverine). With blood, fire, prison breaks, and metahumans galore — and fantastically deadpan and dastardly characters — this a fun read! Selina Kyle is locked up and in serious danger. She has pissed off the Penguin who retaliates with a million dollar bounty on fav feline antiheroine’s head. Both cops and crooks try to collect, but this cat lands on her feet with a some helpful girlpower and aide from the shadowy Mr. Blonde.

This is Catwoman and so concludes with a triple twist cross of course. The visuals leap off the page. Eva de La Cruz (Fables) and Blond (Suicide Squad) — yeah, not the character — provide fantastic colors to the awesomely detailed ink and pencil work done by Inaki Miranda (Judge Dredd) and Geraldo Borges (Adventure Comics). Closing pages include two vignettes featuring other versions of Catwoman: A chilling tale a haunted mask and a chuckling security test featuring the Justice League. The package is definitely worth clawing. 4.75/5 Bibles.

Praise Oonaa!! David Wohl‘s new story is definitely an interesting one. While I found myself surprisingly underwhelmed by Cafaro‘s linework (I usually like it a lot), Wes Hartman does a nice job picking it up with his solid coloring (specially in the flashback/ritual panels). I really enjoyed the read, but at the same time don’t want to give away too many details. Here’s a quick description, though: An ambulance driver gets powers from a dying voodoo priest. Fair warning, if you’re looking for an action-packed book, look elsewhere. This gives the impression of being a nice, slow burn. I’m eager to see what Noami Clarke does with this “gift” that she did not ask for… 3.5/5 Offerings to Oonaa.. I mean, Bibles.