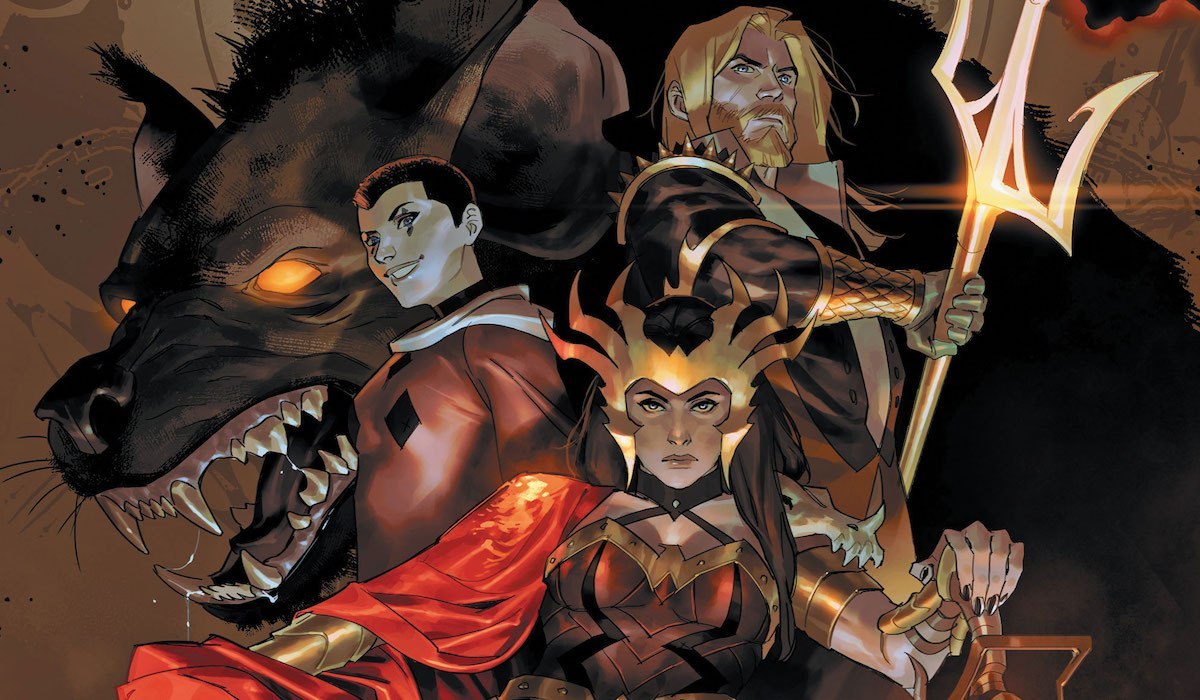 I’m way out of touch with comic books and haven’t read or touched much of anything comic book related in about two years. But I did love Greg Capullo’s and Scott Snyder’s work on their Batman run in The New 52. The Batman Who Laughs is a character that has always intrigued me and Batman: Last Night On Earth was something I had an interest in reading at some point.

Dark Nights: Death Metal #1 is like throwing a pinata full of various different types of feces and candy against a wall and then trying to make sense out of it. There’s some really crazy stuff in there that kinda works, but there’s also stuff in there that makes you feel like the whole point of Dark Nights: Death Metal is to be this amalgamation of truly absurd concepts in this flavorless burrito of nonsense. 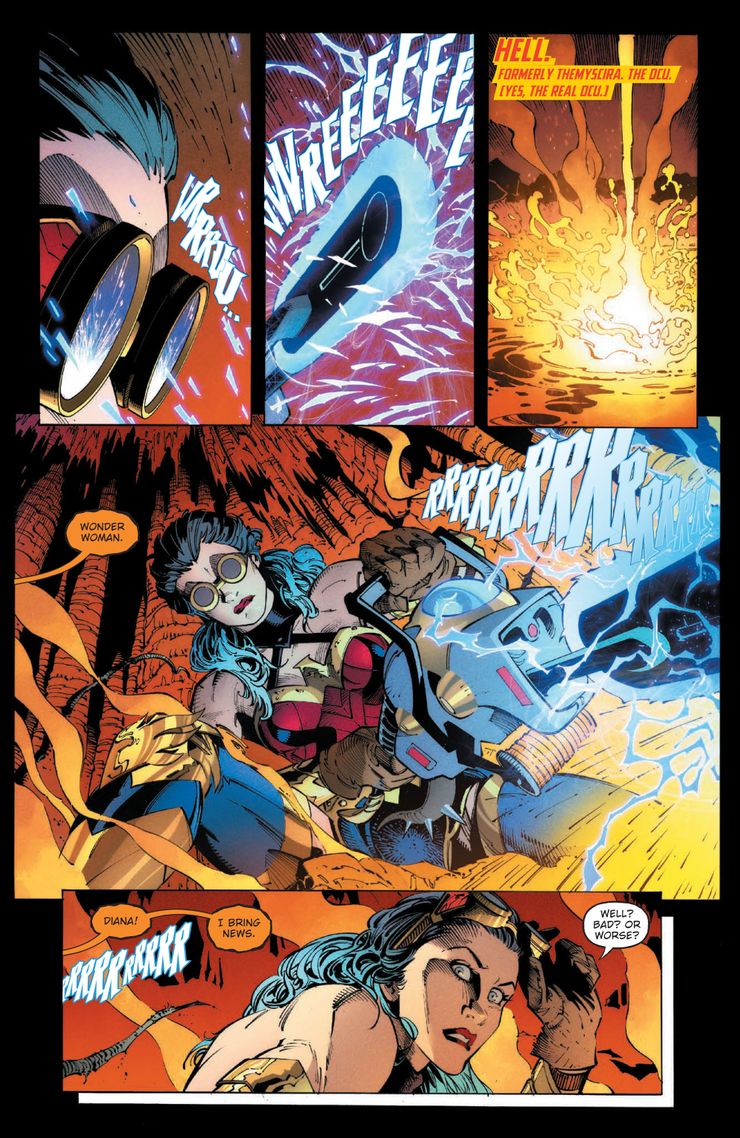 Multiple universes have combined in the first issue and the heavy hitters of the Justice League have all been isolated from one another. Wonder Woman runs hell with a nearly powerless Swamp Thing by her side. Most of the major DC villains are behind bars in hell (Riddler, Captain Cold, Eclipso, and The Joker just to name a few). The Batman Who Laughs is in control of everything and has evil Batmen patrolling and ruling the earth.

One of the evil Batmen is a T-Rex in a Batman cowl. It’s a robot with Bruce Wayne’s consciousness that thinks it’s Batman and it’s outrageous and great because of it. The Batman Who Laughs has a ton of recognizable characters at his disposable including Harley and her giant hyenas scouring the wastelands and Aquaman completely in control of some Cthulhu looking character that The Batman Who Laughs refers to as, “Bathomet.” 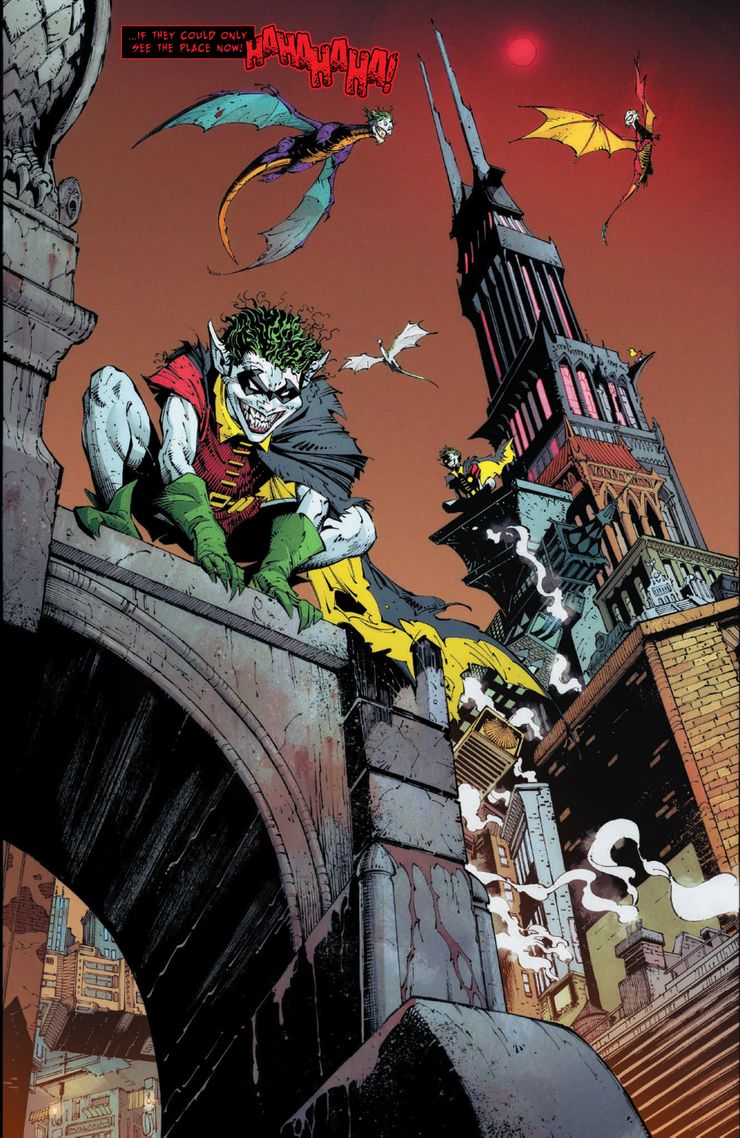 There was a time when I was completely blown away by Capullo’s work, especially when he was working on Spawn. But again, something doesn’t mesh quite right in the first issue of Dark Nights: Death Metal. Maybe it’s something that will click in later issues. It’s not that Capullo’s linework is bad here, but it fails to have the wow factor that it used to. Or maybe Snyder’s crazy ideas overshadow Capullo’s more grounded approach to the art. Either way, it feels like Snyder’s writing is way too wild and frenetic for its own good.

Yes, there’s a story and it makes sense but it also feels like everything is all over the place just for the sake of trying to piece it all together into something sensible. Ever plunge your dick into a buzzing beehive? Dark Nights: Death Metal #1 is like dealing with the consequences of that without fully revealing what the thought process was of thinking that was a good idea to begin with. 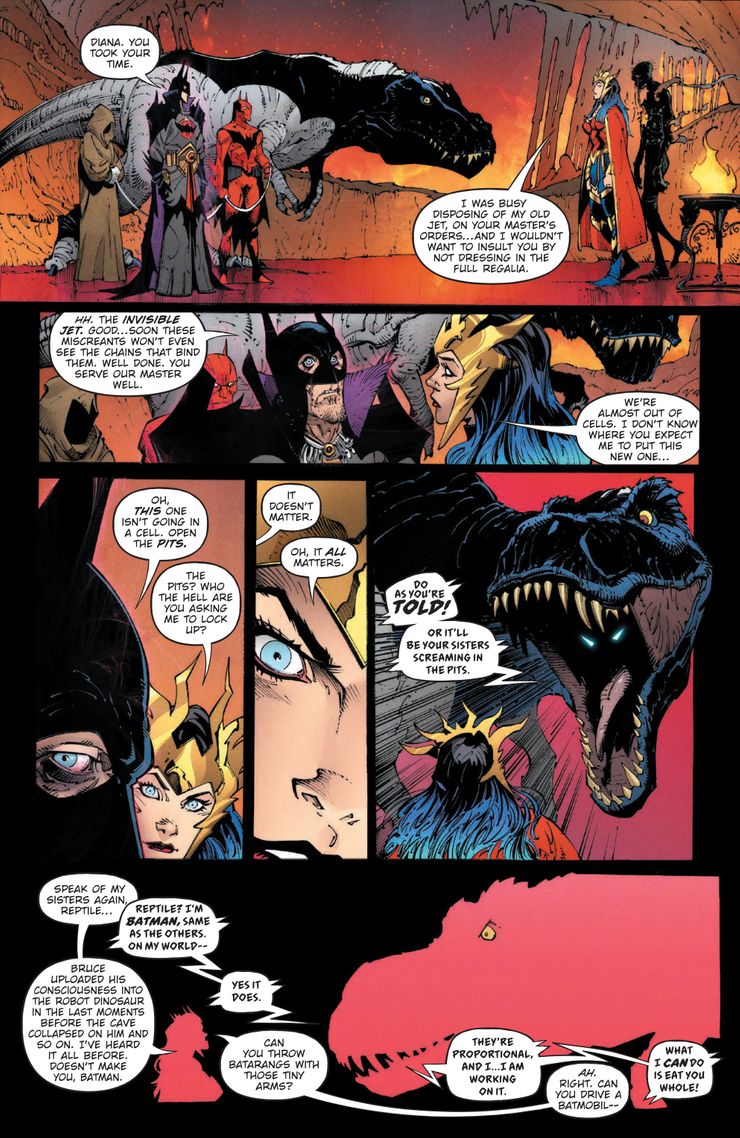 I want to like this series. Capullo and Snyder are more than capable of pulling something like this off and I’m all for turning bonkers material into gold, but Dark Nights: Death Metal mostly feels like an incredibly mediocre episode of Rick and Morty. Batman raises the Goddamn dead as a Black Lantern, and Wonder Woman does something incredible with the Invisible Jet, but you can’t smash everything together and call it the greatest thing ever. I really hope this gets better because right now it is nothing more than a big fat, “Meh.” 2.5/5 Tiny T-Rex Hand-Shaking Bibles.

God, How I’ve missed reading comics during this quarantine! I’ve however read plenty of Daredevil over the years, and was a huge fan of the Netflix show. So, I had to go back and read the current ongoings with ol’ Matt Murdock. Wow, I’ve really been missing out. Chip Zdarsky and Marco Checchetto have crafted an exceptional run that will could go down as one of the best arcs for the Man Without Fear, coming to a climax in issue 20 and setting up what will surely be an epic in chapter. 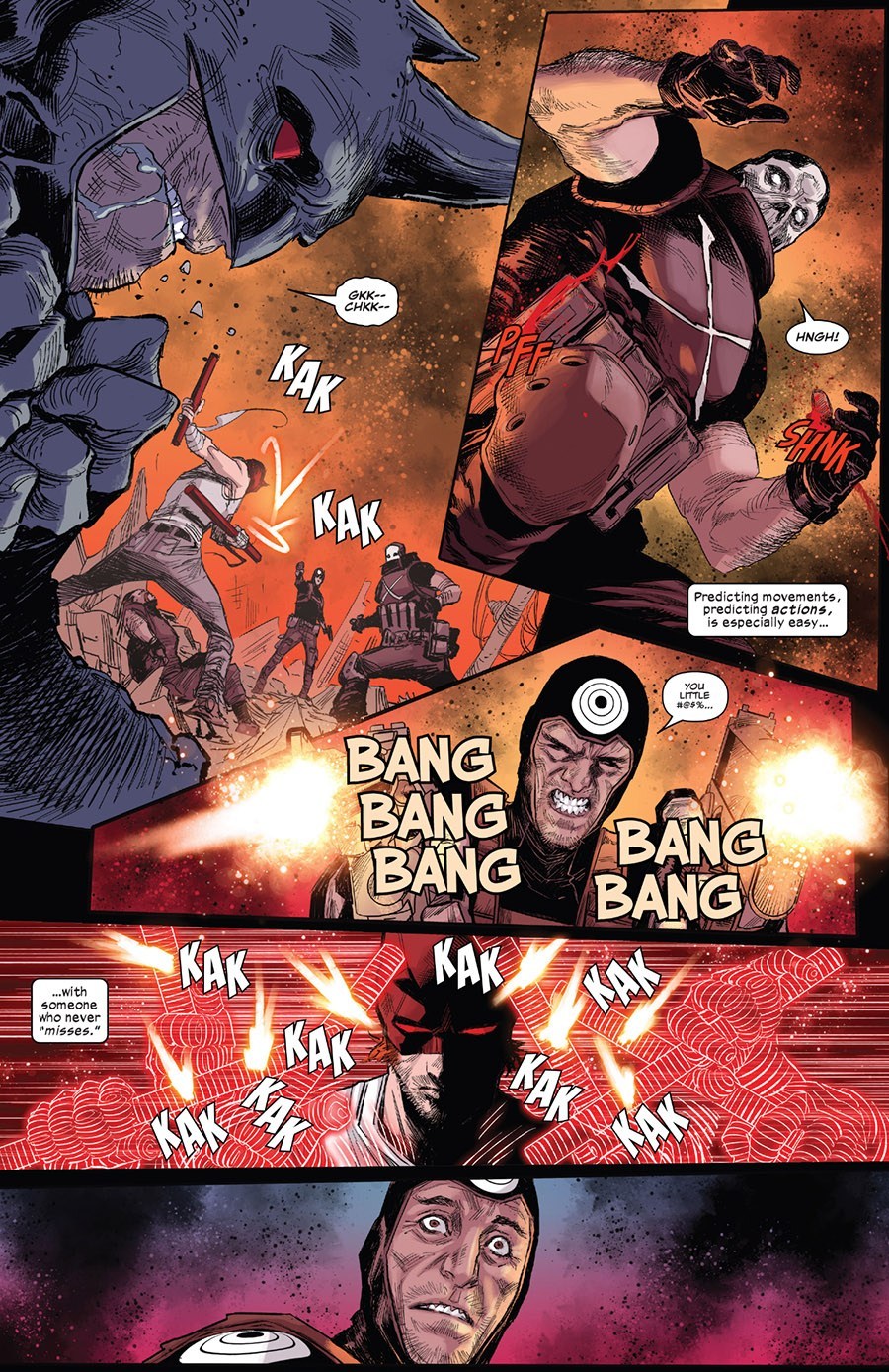 Daredevil #20 is part 2 of 2 in the “Inferno” storyline, and pits Daredevil against an onslaught of villains such as Stilt-Man, Bullseye, and Crossbones (just to name a few). As the city he has sworn to protect burns to the ground around him, and no superheroes to lend a hand Daredevil must turn to the people of Hell’s Kitchen, Mayor Wilson Fisk, and Detective North to save the city. And to top it off, did I mention Typhoid Mary has reemerged and seems to be playing hero for the moment? What could possibly go wrong?

As the state of our country spirals out of control, and we face uncertainty everyday, this story feels a lot closer to home than any other time in our lives, and should resonate with fans on a personal level. Despite amazing runs on DD from Frank Miller to Charles Soule, Zdarsky holds his own; he just seems to get to the heart of the Man Without Fear, and really understands what makes Matt Murdock the complex character we have all come to know and love. Checchetto’s beautiful art style was made for this type of story, his anatomy and frenetic storytelling make for some of the best fight scenes I’ve seen on page in a long time. 4.75/5 God Books.