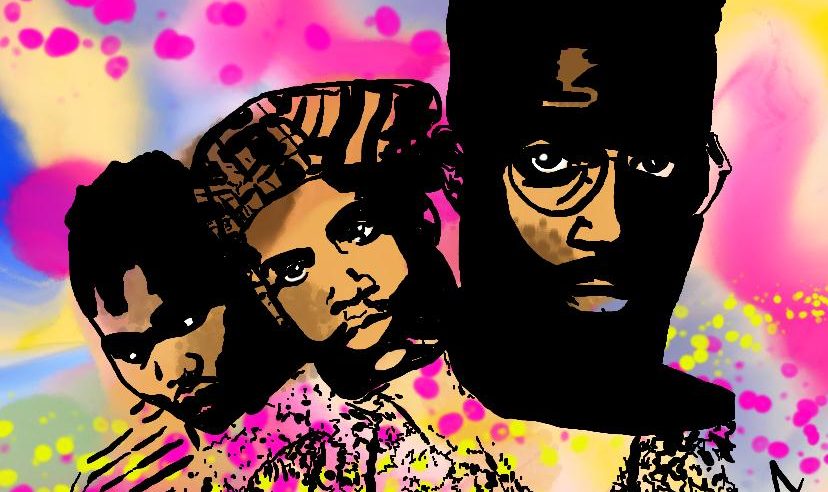 Icons have nothing to prove. Drop a classic on the first try, coast for a lifetime. Produce a cult classic on the second, rest on your laurels no need to step up your game. Yet De La Soul keeps birthing timeless gems almost three decades after their debut masterpiece, 3 Feet High and Rising, with their latest LP, And the Anonymous Nobody. This kickstarter funded musical journey is almost too cool with its crowdsourced backing, live jam band created beats, and guest appearances from talent as diverse as Jill Scott and Snoop Dogg to the Gorillaz’ Damon Albarn and Talking Heads’ David Byrne. Like previous efforts, De La proves the eclectism of hip-hop with tunes moving effortlessly from jazz, soul to rock and everything in between. Personal favorite tracks include “Memory Of” (featuring Estelle and Pete Rock) and “CBGB’s”, but almost every tune is worth listening to again. Put this one on repeat. 4/5 Bibles.

Some days you just need to try things differently. Find new solutions. Go out of the norm. Grab some energy drinks, put together a highly energetic playlist on shuffle that probably consist of Public Enemy, Rage Against the Machine, Wu-Tang, Nirvana, Outkast, Daft Punk … at least that’s what I’ve done — pull an all-nighter! That’s the feeling I get from the combination of Interpol’s lead Paul Banks and the Abbott of the Wu-Tang, the RZA. Each song is like an act for the bigger production, almost like you were supposed to check out the “Banks & Steelz” action flick before you bought the soundtrack. RZA not only experiments into a bigger world of music production with Banks, but also delivers his gritty, hip-hop influences that demand you to take this album as serious as the combo initially sounded silly. Hey, it’s Paul McCartney and Michael Jackson for the modern era, at least in terms of ambition.

(Cont.) Anything But Words starts with “Giants,” which has classic Phil Collinesque feel with Paul’s vocals and RZA’s unorthodox, unruly flow — which gives the track an energetic life of a Heavy Metal lead singer. Right off the rip, the opener sets a tone of what’s in store for the rest of the LP. RZA brings some of the Clan along, too, with Ghostface giving you the narration of some marital conflict on the track “Love and War.” Method Man and Masta Killa also join on the last track to show their “Point of View.” Other dope and perhaps surprising appearances come from Kool Keith (of the Ultramagnetic MC’s) on “Sword in the Stone” and vocals from Florence Welch of English indie rock band Florence + the Machine. If nothing else, Banks & Steelz prove that music chemistry can come together seemlessly, no matter the genre. 3.5/5 Bibles.

Honor Killed the Samurai is the finest “Wu-Tang” album you will hear all year. It’s Masta Killa in his dreariest, monotone dopeness over the most sinister RZA b-sides that make your NY-gritty hip-hop thirst quench. Former Natural Elements emcee, shining light of GZA’s Pro Tools, and oft-Roc Marciano collaborator, Ka delivers all the goods of a hip-hop Marvel Knight (i.e. Punisher, Moon Knight, Daredevil) without the need of a Netflix account. Onto the music. Sprinkled with very Akira Kurosawa-meets-Chow-Yun-fat Wu-Tang interludes, Honor Killed the Samurai packs plenty of street knowledge without coming off too rebellious or preachy. The first joint, “Conflicted” packs all the sombrous thunder of a Samurai march through Kanazawa, while the Brownsville native lets it load about his independent existence with his signature husky baritone. “Rarely peace and barely a beast, armed like a demon / Singin’ tough upbringing — swore I was the hardest / A lotta years starvin’ before I was an artist”.

(Cont.) When Ka spits you believe him. There’s no glorification in any of his gun-talk; it feels like truth. Warrior-like. The way of the Bushido (i.e. “Coldest role model / If the masses wanna follow… / It’s goin’ better, I hope I never have to blast another hollow… / To get what we need / We did what we must”). Remember that RZA reference? Even Mr. Steelz would be jealous of the tumbling keys, soaring percussion, and tambourine rattles of “That Cold and Lonely”; while “Mourn At Night” sounds like a true Alchemist gem, with those midnight Manhattan riffs and some adverse lyrics that even–albeit incidentally–mention the producer by name. “I grace on balcony’s burned with cowardess shots / Without haze, learn Alchemy / Turn powder to rocks.” All while, the gem of the LP, “$”, has more meaningful hip-hop quotables than most rappers’ entire careers; the joint is evidence that Ka “could battle hard against catalogs with one leaflet journal.” The rest of the joint, which still has many powerful sociopolitical themes underlying the thematic battle, is just “bruh” — straight murder on wax. As for the rest? “Illicit Fields” and “Finer Things” are thankfully, as true hip-hop heads, “Ours”. If not the Surprise AOTY, HKTS is just superbly dope music. Buy it. Breath it. Appreciate it. 4.25/5 Bibles.

Heard of DJ Snake? No, not a spinmaster for COBRA. Yo Joe! Even if the name draws a blank, surely you have heard songs by Snake. He has worked with Lady Gaga & Lily Allen, Ellie Goulding and you have to know the banger: “Turn Down for What” with Lil’ Jon. But we are here for Snake’s latest album, Encore. Unlike most of what we review over here at #GeekSwag, his music will give you something to get down to in clubs, and it also sets up a California sunset motif or something out of Mad Max: Fury Road. Encore‘s genre sounds range from pop, dance, heavy EDM, trap music, even a tad bit of R&B, yet even sprinkles in some hip-hop. Encore delivers abstract breaks woven between tracks while remaining seamless in its flow. “Oh Me Oh My” (feat. Travis Scott, Migos, and G4SH1) was one I could do without. But by the end of each song you are going to get hooked.

“Do you need me like drugs need money?” Some songs give off a Miami Vice vibe, with “Future, Pt. 2” (feat. Bipolar Sunshine) coming to mind. The previously released “Propaganda” does feel like #GeekSwag, as it could easily be a villian’s anthem. “The Half” (feat. Young Thug, Jeremih and Swizz Beatz)–despite it’s trap-rap names–does not disappoint; in fact, it’s goddamn fire. Finally, I’ll admit it: I’m a fan of “Let Me Love You” (feat. Justin Bieber). It’s my jam. While that doesn’t necessarily make me a “Belieber,” we cool Justin. In all, despite some familiar elements from DJ Snake’s past work, Encore still sounds fresh, mellow and intricate. Regardless of genre, there is nothing better than an album where the sequence of tracks flows and makes sense rhythmically. 3.75/5 Bibles.