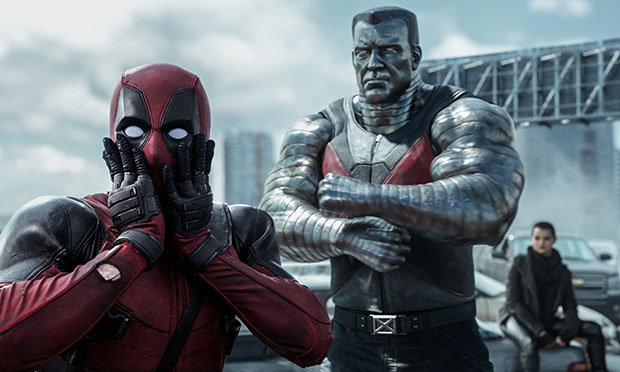 Ryan Reynolds delivers again as Wade Wilson–the red and black-suited badass of cliches and retro fanfare, from Fortress, Encino Man, Robocop, Blade Runner, and the very similar looking set recyclability of Sylvester Stallone and Arnold Schwarzenegger’s Escape. You cannot knuckle down the range the writers went to in succeeding with another Deadpool installment, this time with the true blessings of the Studio that Stan Built itself.

If you’re looking to expand beyond the traditional filmgoing experience, seeing the film in 4DX — which we suppose now stands #4DeadpoolXforce — will literally slap you in The Rock Bottom (and, I mean literally, it’s mentioned) with zesty fight choreography and Reynolds’ rambunctious humor. While this Bishop of Geekdom believes that the 4DX format still needs some fine-tuning, Deadpool 2 was still a fantastic way to enjoy this fun experience! From random water splashes, fog machine madness and some ingenious prop work, the theater effects tied DP2 together well. My only complaint is the overabundant use of the rollercoaster seating effect. This giant’s back could have done without the kinky “massage”, Wade.

Glad to see you had a great time, Zom. How did you forget to rate the free spread of chimichangas you had beforehand? Ha. It’s probably better you didn’t mention it, seeing how I was already too “jelly” I couldn’t join you. While you can read our official review from Wa.. Jason Bud himself right here, I couldn’t pass up the chance to let everyone know this movie rocks in 4DX. Yes, they had me at “you don’t have to wear your [expletive] 3D glasses if you don’t want to; the movie doesn’t require them”. I suppose they handed them out to peeps who wanted to protect their eyes from all the spritz that can pop in your eyes, if you’re not too careful.

Either way, I hate 3D frames, especially since the lenses are recycled and have more stains on them than Wade Wilson’s underoos. That said, boys and girls, I enjoyed watching Deadpool 2 in 4DX better than Infinity War in the same format. Now, now. I didn’t say this was a better film, per se; just a better experience. With a much better pacing of effects, DP2 felt like a movie made for 4DX. I don’t remember any smells from the Avengers other than the overload of butter in my popcorn, but, here, there a certain burnt plastic odor filling the room whenever one of the hundreds of thousands of explosions went off.

With Cable and Domino (Atlanta’s Zazie Beetz shines) in the film, you can also bet there’s a ton more rat-tat-tat than witnessed in the Avengers; of course, Josh Brolin is Cable so the film–not so subtly–shares a common kick in the nuts. The rattling seats take you right into the action, as the seats’ mobility and effects only seem to pause briefly for Deadpool’s constant quip barrage. There’s a lot of action in the film, certainly more throughout Infinity Wars‘ second act, so, while this one’s missing all of the hero-specific strobelights and lighting effects, you’ll get more bang for your buck from Wade’s opening ballad to greatest end-credit scenes ever.

Maybe the coolest scene in Deadpool 2 using the 4DX technology is also arguably the film’s most hilarious. While I don’t want to spoil too much (or anything, really; sorry Blind Al!), the scene consists of Mr. Wilson assembling his merry band of X-Forcians on their first mission: skydiving onto/into an ultra heavy armored cargo truck thingy to help retrieve one of their “lost” muties. The cool breeze pumped through our “parachutes” and slow-stirring seat movement was damn near perfect just before everything went to bloody hell. I also had no idea %*#@$ was in the film, either! Whoa! While Deadpool 2 offers a mega ton of surprise cameos and not so surprising social commentary (tee-hee!), you might be just surprised at how tubular the film is in the 4th Dimension. Tell ’em Cable sent ya.