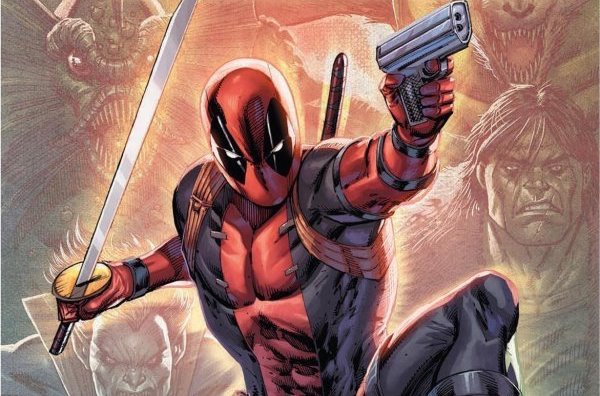 I’ve been hesitant to get behind a new Deadpool series for awhile, but this new title struck me for some reason and I think that reason being the beautiful artwork by Chris Bachalo.

If nothing else, this is a gorgeous book with some great panels. Luckily, it comes backed with a story by Kelly Thompson that is unique and complete with classic mouthy Deadpool, but it does struggle to give the reader a purpose. Deadpool being King of the Monsters sounds fun, but he falls into the position quite halfheartedly and I’m not sure where the story is going after a first read. That is also the beauty of premiere issues: a new story that might take a few books to get a hold of isn’t uncommon but I’m interested enough to see where it goes. 3.75/5 Bibles.

I miss Neil Gaiman, Garth Ennis and Warren Ellis bringing the casual Heirophant to comics. I missed Tim Bradstreet and Richard Corben renderings too. But we’ve got a proper Englishman bringing that snarky and dark humored voice with a grave situation which only John has the wits to handle. Simon Spurrier is also bringing us some heavy slang from the youth in the streets of England. Aaron Campbell’s art is realistic and stylistic on this book. It’s an amalgam of Bradstreet and Alex Maleev. The colors are fighting to be seen through black spaces and swirls. A street gang led by a black magic dabbler violently drafts Constantine to handle some creepy vigilante angels taking out sinners and gang members in their territory. The angels apply gruesome methods to carry out their swift and eerie justice. I can’t wait to see how John resolves this. I had wished to see some subtle magic from Constantine in this issue but I’m sure we’ll see something soon. I hope the Spurrier doesn’t keep Constantine on the receiving end for too long but overall I’m a satisfied reader. 4/5 Bibles.

X-Force might just be my favorite Dawn of X series not written by Jonathan Hickman.

I thought Benjamin Percy was going for shock in issue 1, and waited to read #2 to see how this series would be handled. I haven’t enjoyed an X-Force book since Rick Remender and Jerome Opeña blessed Marvel with their Uncanny run. Joshua Cassara is bringing the necessary grit to this series. Sage’s autopsy of the Reavers by Percy and Cassara is engaging. Cassara doesn’t pencil a beautiful young Jean Grey, but reveals, her stress and others in his illustrations. The mutants are racing in damage control mode to offset the grim events of issue one and the mutants encounter more in issue two. I’m invested and I can’t wait for the next issue, and if you pick this and issue #1 up, I guarantee you’ll be in for the long haul as well. It was more enjoyable than New Mutants #2 and Fallen Angels #2, which also released before Thanksgiving. 4/5 Bibles.