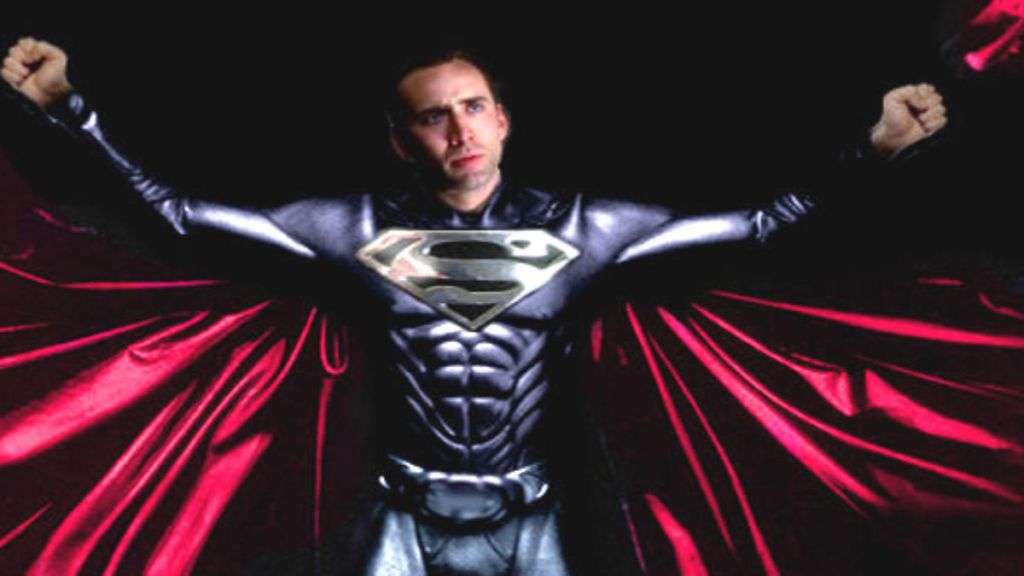 Walking out of the premiere of this documentary this past Thursday night — while the rest of you were all at The Avengers 2, apparently — I can defiantly say: you’re wrong.

Hell, Superman Lives may very well have been the greatest Superman film we’ve ever had.   For those not up on their canceled film lore, this 1998 Warner Bros. effort intended to bring Superman back to the big screen based off of the very successful “Death of Superman” story arc from the comics. With a story epic in scale, and a budget to match, the project floundered out and eventually died. Shame we’ll never get to see Christopher Walken portray Brainiac (oh yeah, he would have been). Halted in the midst of pre-production, a few weeks before shooting was to take place, the project was never heard from again– except for the occasional vestige of early production photos…

Until now, through the resources of Kickstarter and a few bucks out of his own pockets, director Jon Schnepp (Space Ghost Coast to Coast, Metalocalypse) spent years collecting interviews, photos, screen/costume tests, and pretty much anything and everything he could find on the aborted project. The result only makes one lament for what could have been. Through the interviews, we get a first-hand account of what it was like working on the Superfilm from various sources. Kudos to Schnepp for collecting a good number of different accounts, including Burton himself, Kevin Smith, and Jon Peters (who has been in over 500 street fights, sources pending).

No doubt, Superman Lives would have been the most unique superhero film to date. Anyone familiar with Burton’s work (Edward Scissorhands, Batman ’89) knows he tends to gravitate towards characters that seem alien from everyone else, outsiders searching for a sense of belonging. And what greater alien outsider is there? Superman embodies all of these elements, and, through Burton, this Dynast believes we would have seen the ultimate realization of these themes.

Judging from the Cage tests, it’s likely he would have portrayed exactly what Burton wanted. I won’t spoil the film; but seriously, that image of him in the super suit? Yea– those comprised of a super early test where the pictures were snapped while he was turning his head and blinking. Chill out. It’s been said that the process of this film was an especially painful one for Burton, chiefly because the filmmaker had identified so deeply with the story and the character (his mother apparently sent him from a distant land via rocketship, too).

But out of all the various interviews, no one stands out quite like Mr. Peters, a man one time considered Hollywood’s biggest “loose cannon.” His scenes were no doubt the hardest I’ve ever laughed during a documentary. And throughout, some of his “bad” ideas weren’t all as bad as originally thought and are completely depicted in a new light. But, point blank: Peters’ charisma is too damn infectious. Schnepp knocks this interview out of the park from beginning to end.

In all, it would be lovely to see The Death of Superman Lives, What Happened? receive some Oscar attention. The doc deftly plays on the audience’s expectations one minute, before completely obliterating everything we thought we knew the next. Schnepp weaves the gorgeous, illustrated concept art (seriously, its beautiful), and hilarious, insightful interviews together in a cohesive whole. It’s all damn enjoyable. Witness Ultron’s most dangerous foe during Death of  Superman Lives‘ limited run, or when it releases on Blu-Ray and Video on Demand this summer.

Special shout-out to Grant Moninger and Duvien Ho for the special screening opportunity at the American Cinematheque (@Hollywood’s Egyptian Theatre).