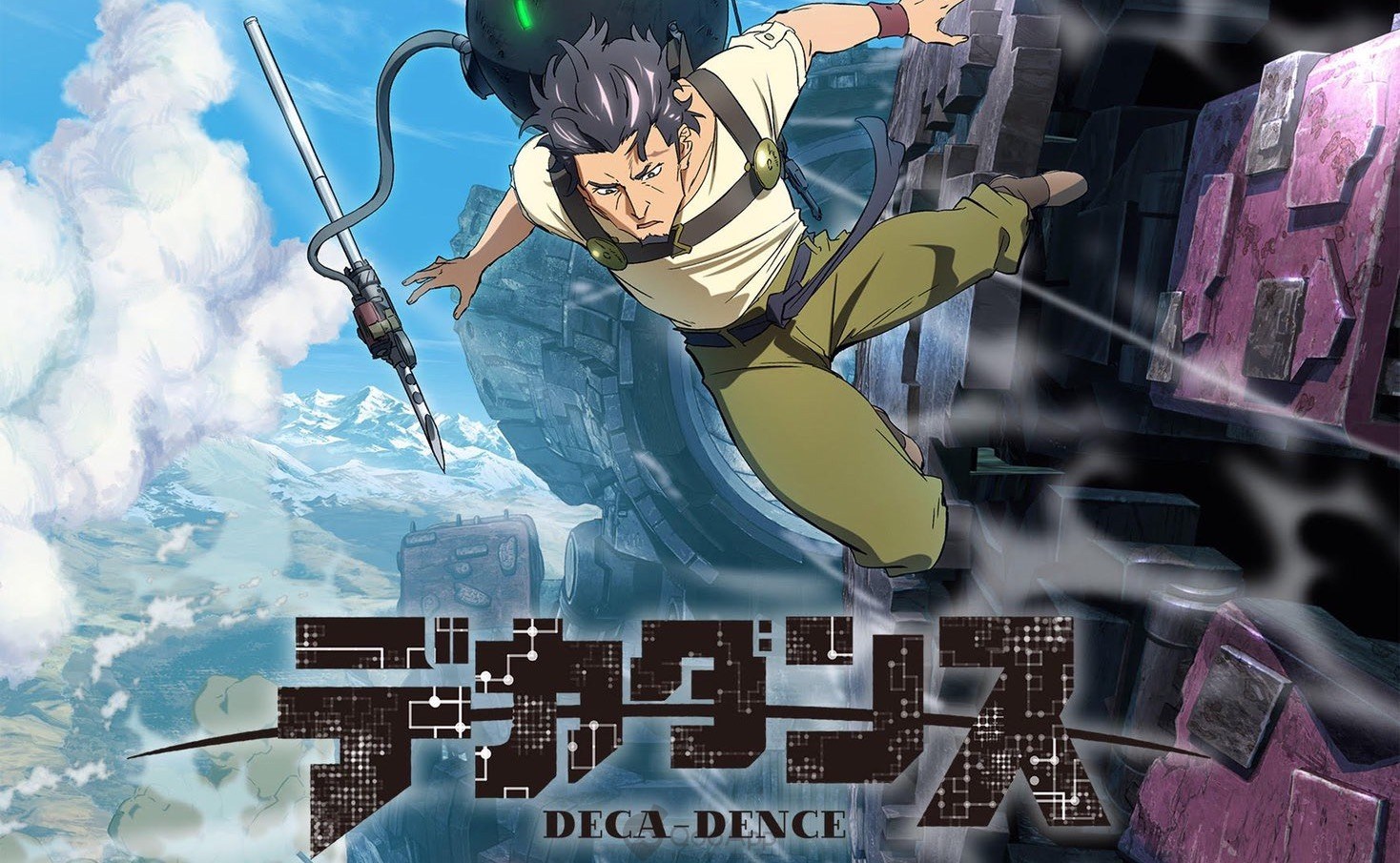 Hot off the success of Mob Psycho 100 comes the Slice of Kaiju original anime series DECA-DENCE, from Studio NUT. Funimation was nice enough to screen the pilot episode during its inaugural FunimationCon yesterday, and this one had me immediately hooked with its humorous dialogue and realistic personalities.

Then things get quite bizarre…

What appeared no more than a tale of your everyday awkward girl, here Natsume (voiced by Tomori Kusunoki), placed in an even more awkward job situation — cleaning literal monster shit off the side of ships — turns into a wildly epic Pacific Rim “referenced” Shonen. Gadolls are the bastard enemies in Deca-Dence, to which the series is named after the giant ship the post-near-Apocalyptic peoples reside, and these little villains come in all shapes and sizes.

I’m expecting many layers of Natsume’s backstory to be unraveled throughout the series, while her standoffish, jaded AF boss Kaburagi (Katsuyuki Konishi) is destined to find a personality the longer he interacts with her. Nat lost her pops to a Gadoll, as many did on the brink of human extinction, so she has the whole Cinderella-meets-Bruce Wayne-in-the-gutter thing going for her; and her “pointless positivity” towards Kaburagi’s apathetic armor repairman should provide an intriguingly fun dynamic. He was a Gear (warrior), now a Tanker (civilian), and she’s an of course Tanker, hope-to-be Gear…

What I didn’t expect –and trust me, I “LOL’d” quite a few times in Deca-Dence‘s first half– was the hot, kinetic battle scenary. The animation, made by the same team who brought us The Saga of Tanya the Evil (highly recommended), director Yuzuru Tachikawa (Detective Conan: Zero The Enforcer, Death Parade) and writer Hiroshi Seko (Vinland Saga), has a nice loose, yet fluid movement to it. Nothing is ever too sharp, but still packs enough detail. The almost 2-miles — 3000 meters to be specific — high ship and surrounding environments have a true rustic feel, but the Gandolls approach in many colorful iterations (think Pokémon), which delivers a nice contrast to the visuals.

There’s so much more to Deca-Dence that I don’t want to spoil. Expect many more colorful characters and Godzilla-sized enemies to make way. Oh, and Natsume and Kaburagi “share” a pet Gandoll named “Pipe”. Both Tachikawa and Studio NUT producer Takuya Tshunoki also provided a really interesting Q&A after the FunimationCon screening. 4/5 Bibles.

Studio NUT’s Deca-Dence is set to premiere worldwide on Funimation this Wednesday.