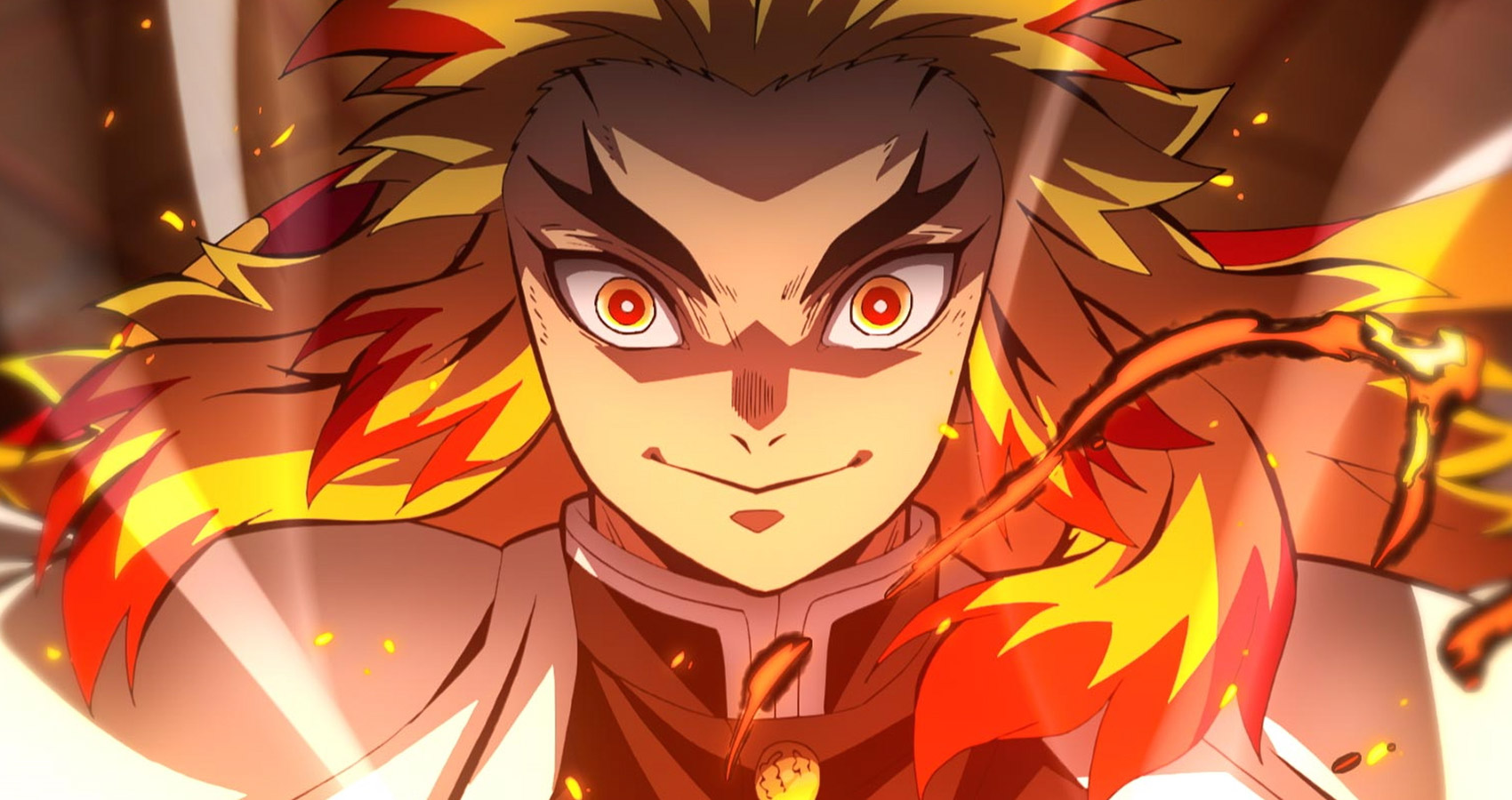 Demon Slayer: Mugen Train is mostly an incredible anime film that not only lives up to the first season of the anime, but also successfully bridges the gap between the first season and the upcoming second season.

When it comes to anime films they are generally connected to the anime television series they’re based on by featuring the same characters or taking place in the same universe. However, the movies almost always are their own stories that don’t cross paths with the stories being told in the series. Mugen Train picks up right after the first season of Demon Slayer ends…

Tanjiro, Zenitsu, and Inosuke board the train Rengoku, the Flame Hashira, is already on. They’ve been summoned to the train because people keep disappearing and there’s said to be demons aboard including a demon who has supposedly killed several demon slayers. He has pawns, who are usually children, who infiltrate the dreams of Enmu’s victims that bypass their subconscious and destroy their spiritual core.

There is usually a drastic difference in animation quality between an anime series and its films, but Demon Slayer already features such impressive animation that it’s difficult to top it. Mugen Train contains all of the glorious breathing and sword techniques animated to blissful perfection, but what it does differently with its animation lies within its backgrounds. Trees and water are either 3D elements or are somehow lifted from realistic backgrounds because they’re amazingly detailed and look genuine. 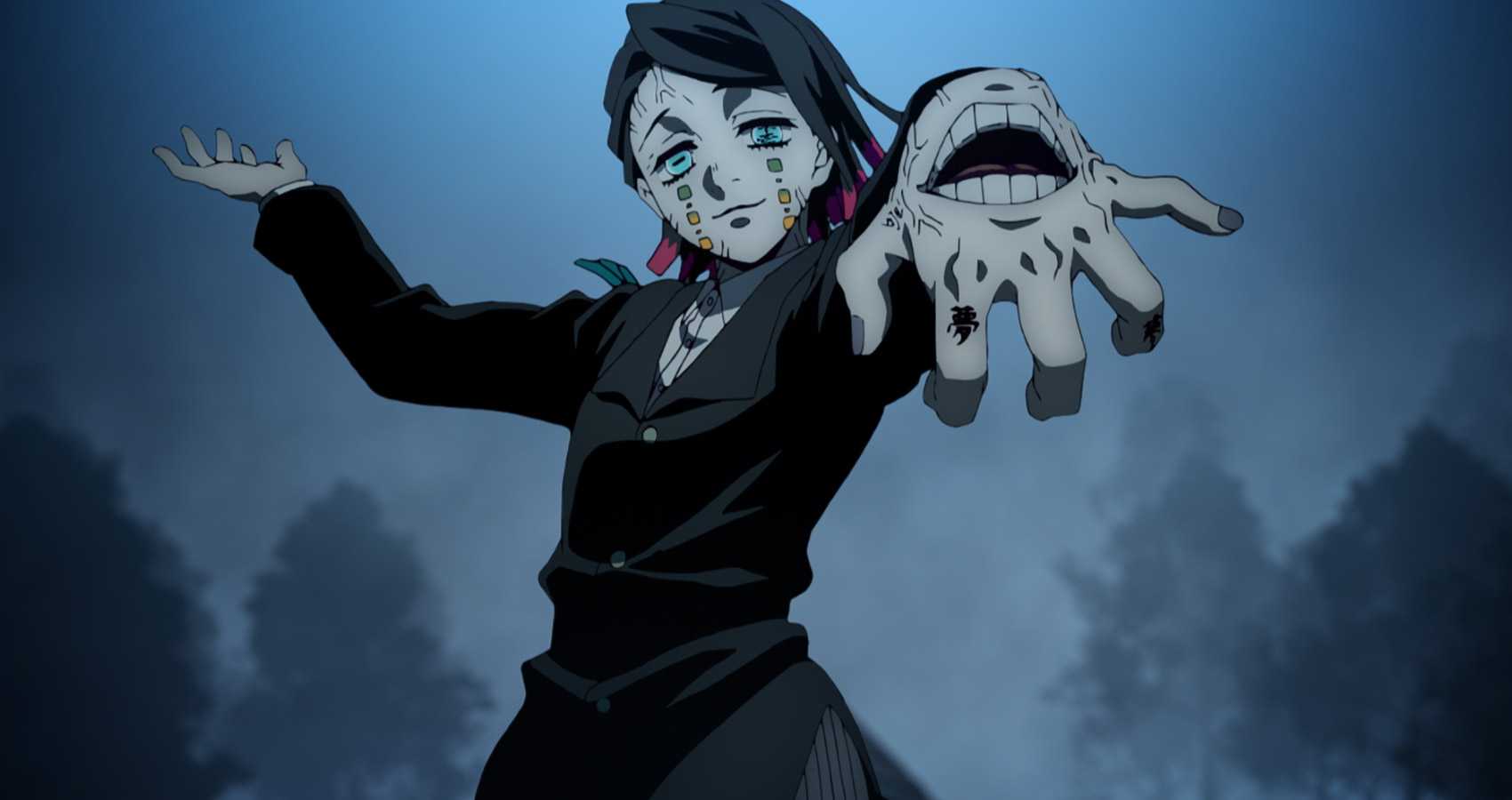 The main demon on the train, Enmu, utilizes 3D animation in unique ways. Going into too much detail will spoil the film and where the Enmu character is taken, but keep in mind a certain form of Enmu is animated in 3D. It’s pink, slimy, wet sounding, and gross. And Enmu’s English voice actor sounds like he’s doing a Michael Jackson on South Park impersonation, so there’s that.

Enmu has the ability to put people to sleep, but he feeds them pleasant dreams at first and then injects them full of the worst nightmares imaginable during their gruesome death. He has the ability to detach his left hand, which has one eye near its thumb and a talking mouth on the back of its palm. 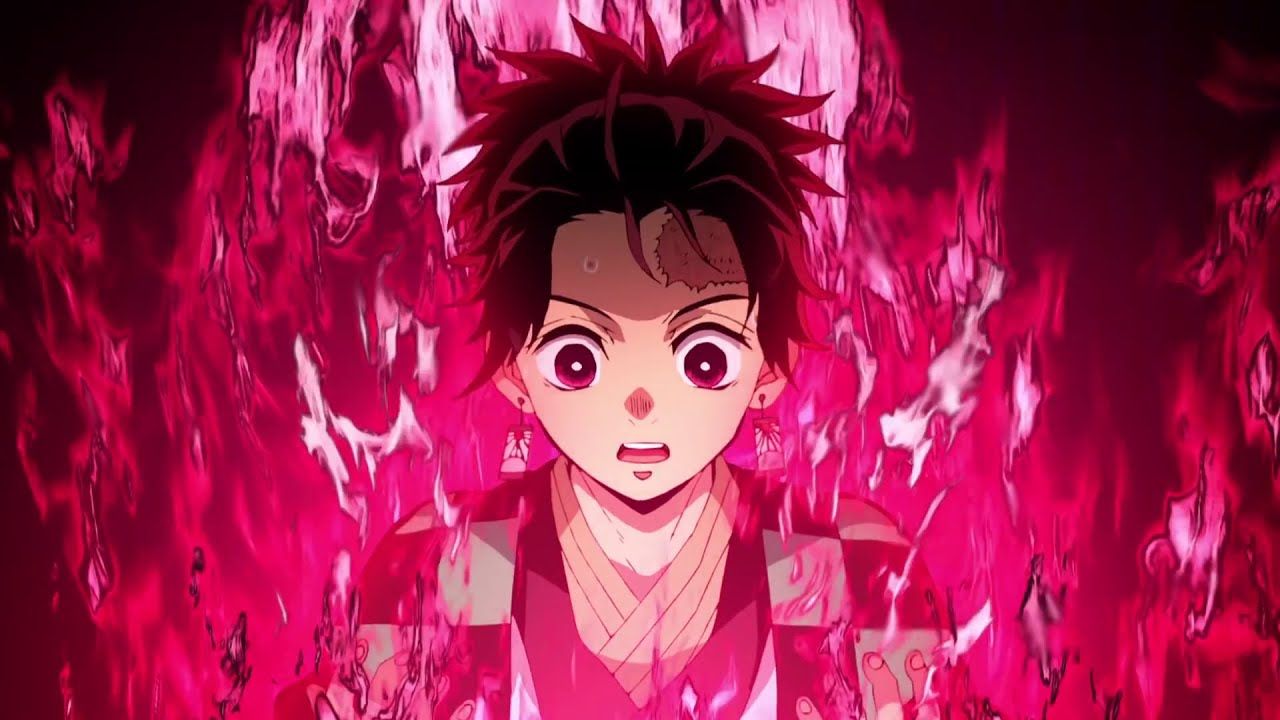 The main issues you may have with the Demon Slayer series are still relevant here. Tanjiro still cries and whines about stuff way too much and the film suffers a bit too much from over explaining things; a trait most anime titles fall victim to. Zenitsu’s unbearable yelling about how much of a weakling he is gets tiresome, as well. But you knew all of this going into it.

The film makes up for its few shortcomings by having jaw-dropping action sequences and laugh out loud humor at every turn. Inosuke’s dream about being the real leader of the group and being the voice of reason when Tanjiro is too emotional to move on is both hilarious and justifiable. And Zenitsu fantasizing about being with Nezuko is too good. He also has bucked teeth in more than one person’s “good” dream, which only gets funnier in the long run. Also, why does everyone seem to purposely call Tanjiro the wrong name?

The highlight of Mugen Train is Rengoku. His fight sequences are the highlight of the film, but he’s also hysterical. Rengoku will forever be associated with the term, “TASTY!” (or “DELICIOUS!” if you watched the sub). Rengoku has a fight at the end of the film that is lengthy, memorable, and just downright amazing. The character is forever immortalized in awesomeness because of his presence in Mugen Train. He talks in a bold and boisterous voice and is slightly ridiculous in nature; think All Might from My Hero Academia engulfed in fire.

Demon Slayer: Mugen Train won’t make you a fan of the franchise if you aren’t already, but it will absolutely strengthen your love for it if you’re already an established fan. It’s also an anime film that covers just about everything; it tries to tear at your heartstrings, it has two fantastically sinister villains, it has significantly kick-ass action sequences, and it further develops a supporting character you were only briefly introduced to previously. Demon Slayer: Mugen Train is outrageously funny and enormously action packed. It should be considered an impressive feat of animation even if you aren’t an anime fan. 4/5 Tasty Flame Breathing Whiskeys.