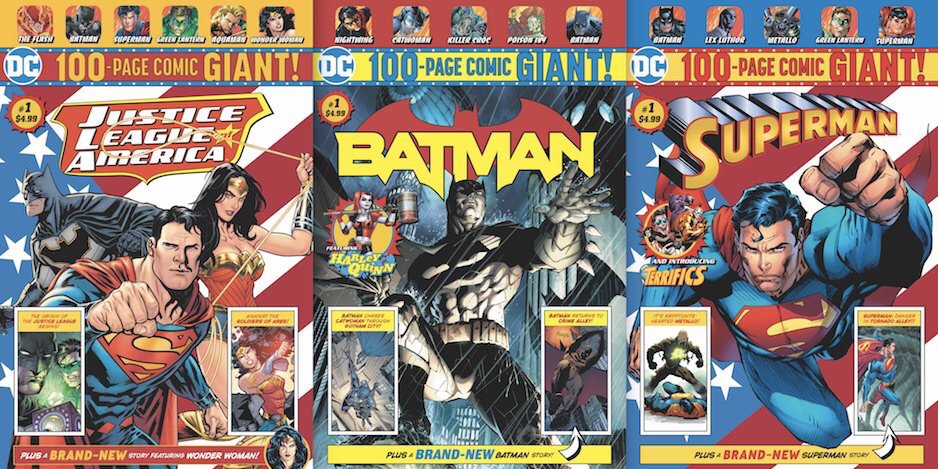 Over the weekend, DC Comics announced an exclusive deal with retail giant Walmart to produce and sell exclusive anthology books in 3000 stores nationwide. Following the June 15 trial period in certain GameStop stores to sell select comics, Walmart and DC Comics have teamed up to try their hand at expanding the readership of comic books.

Longer than monthly titles, yet shorter than the more profitable paperback collections, the first two titles — Superman Giant, and Justice League of America Giant — are 100 pages of content, each set in an anthology format. Of the hundred pages, titles will include New-52 era stories, more modern stories, and an exclusive, original 12-page story in each issue. 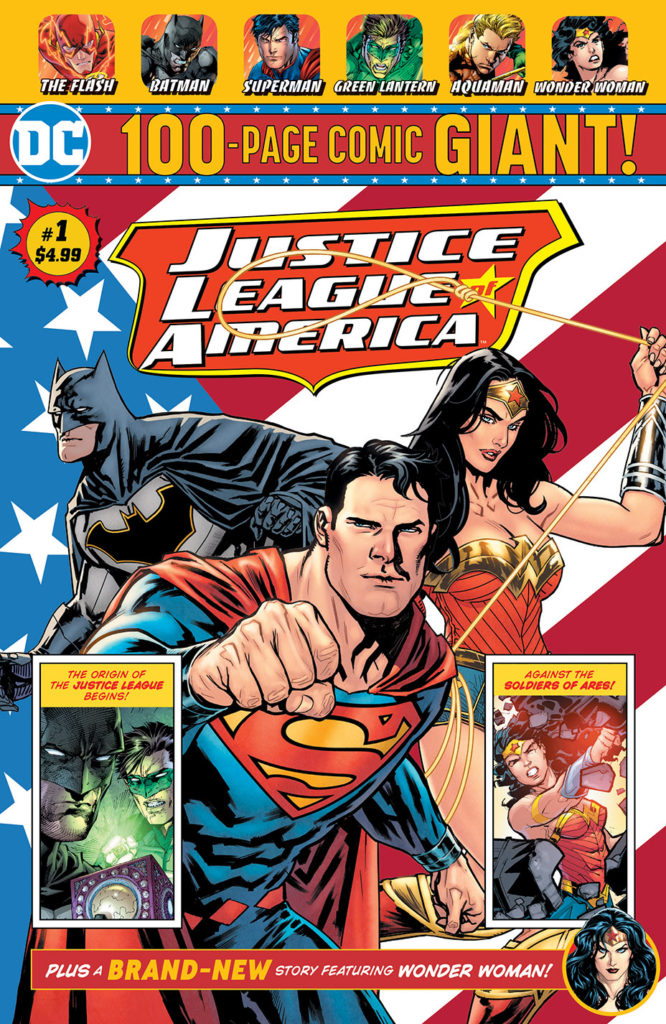 Much noise has been made of the current state of the comics industry, and other outlets have detailed the minutiae if this exclusive deal, but we’re here to take a look at how, exactly, this may affect the brick-and-mortar comics shops that still stand. With exclusive, original stories from talent such as Tom King, Andy Kubert, Brian Michael Bendis, and Dan Jurgens, among others, the hope is that the new format will attract new readers such as was common back when corner stores and supermarkets sold them as single issues.

By marketing directly to the consumer in such a format — as well as offering a slew of stories from various points in a character’s modern history — the hope is such that consumers will grow hooked on the talent and stories by having a jumping-off point. It helps that each issue of the giant-sized comic includes a locator of comics shops within its pages, but it is hard to see how 12-pages of original content from such sizable talent would relate to a consumer base that isn’t familiar with them. 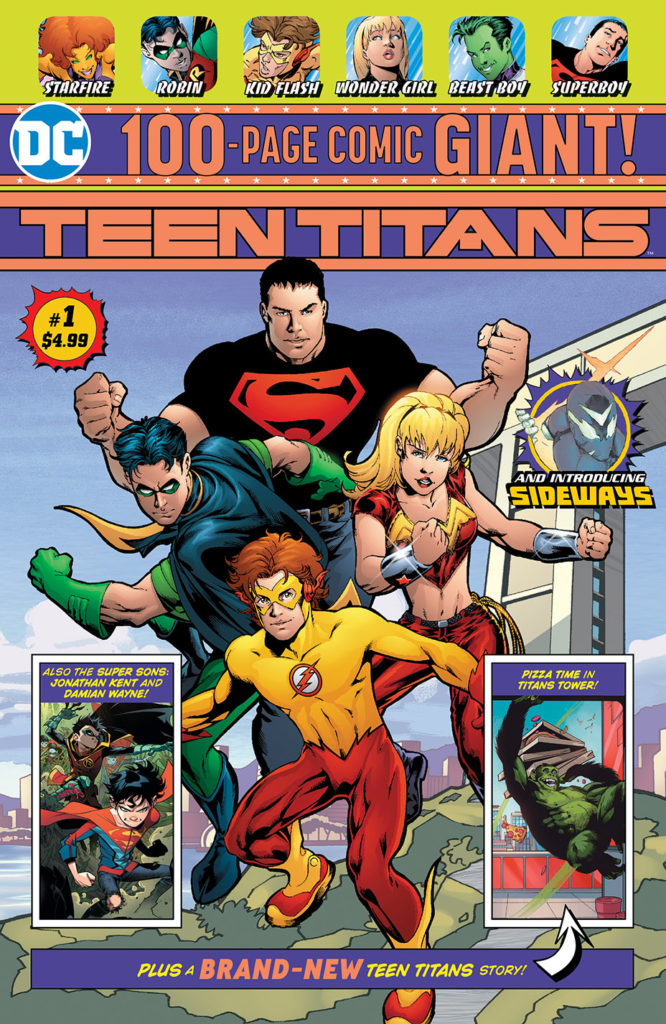 Potential readers who would otherwise have nowhere to buy comics, nor any idea from which story to begin reading, will benefit most, although how each subsequent issue will follow up with continuing storylines is unknown, nor how select reprints are chosen. Already, brick-and-mortar comic shops are (for the most part) wary of the move, anxious that by teaming up with a corporate giant, DC Comics risks alienating long-term buyers, as well as undercutting their bottom line.

While those fears seem more precautionary in regards to a potential future market bust, in the long one they might be unfounded; as a gateway to some of the better of the modern stories with some of their biggest characters, this format is ideal. 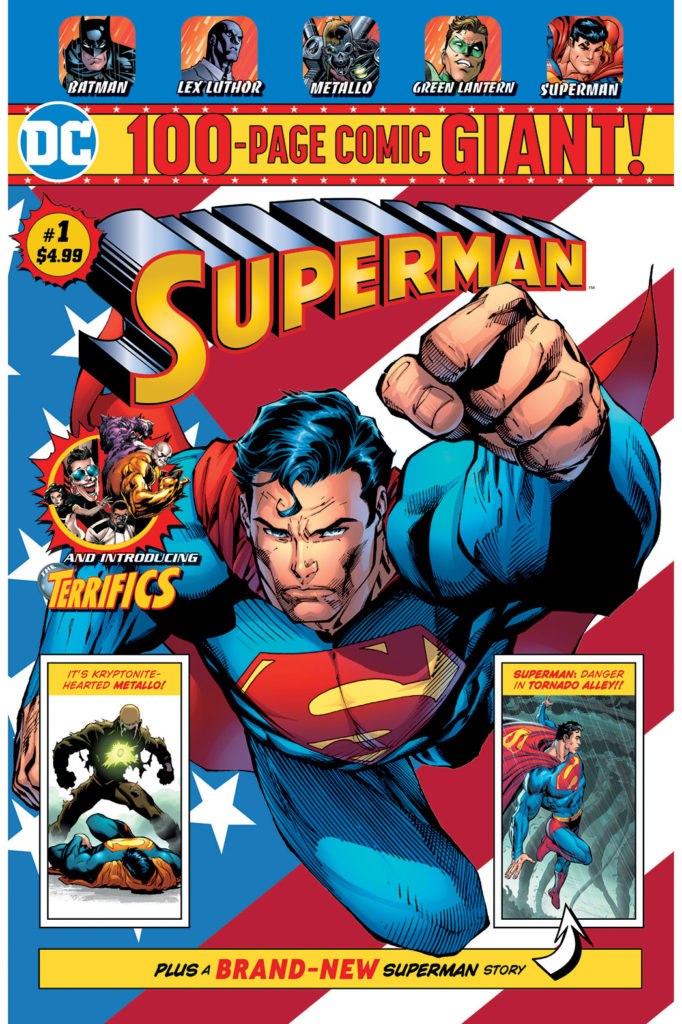 The exclusivity of the original stories is up in the air as well: as soon as a major convention occurs, it is almost inevitable that these Giant Sized issues will find themselves a feature.

In regards to potentially undercutting their own distributors, a mere glimpse at the exclusive covers, issues, and events at such comic shops as– just going by the New York City area — Midtown Comics, Forbidden Planet, or even Montasy Comics, 48 pages of exclusive content a month is a pittance compared to the plethora of great, exclusive content. 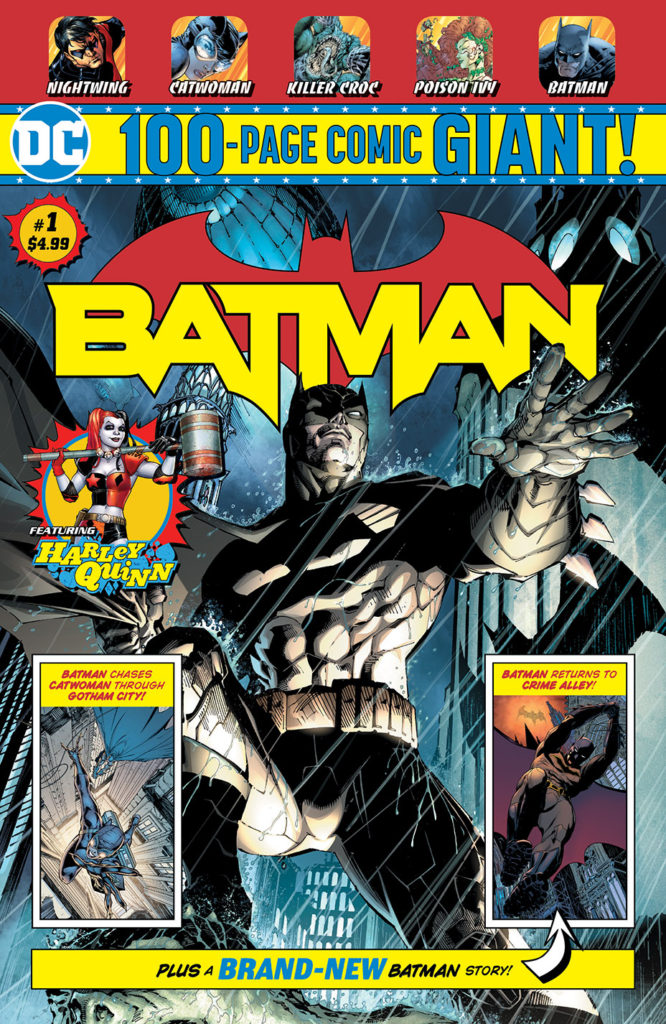 If comics sales is on the decline, any experimentation with marketing is warranted. I’d rather a publisher try something new — anything! — and fail than keep doing the same ol’ same ol’ and wonder why nothing’s sticking. DC Comics has a plethora of amazing talent, and the clout to creatively try something new (at least in regards to their comics division, which is currently, arguably, stronger than their competition).

We’ll see what the numbers say in the next quarter, but there’s no reason to jump into the bomb shelter just yet.