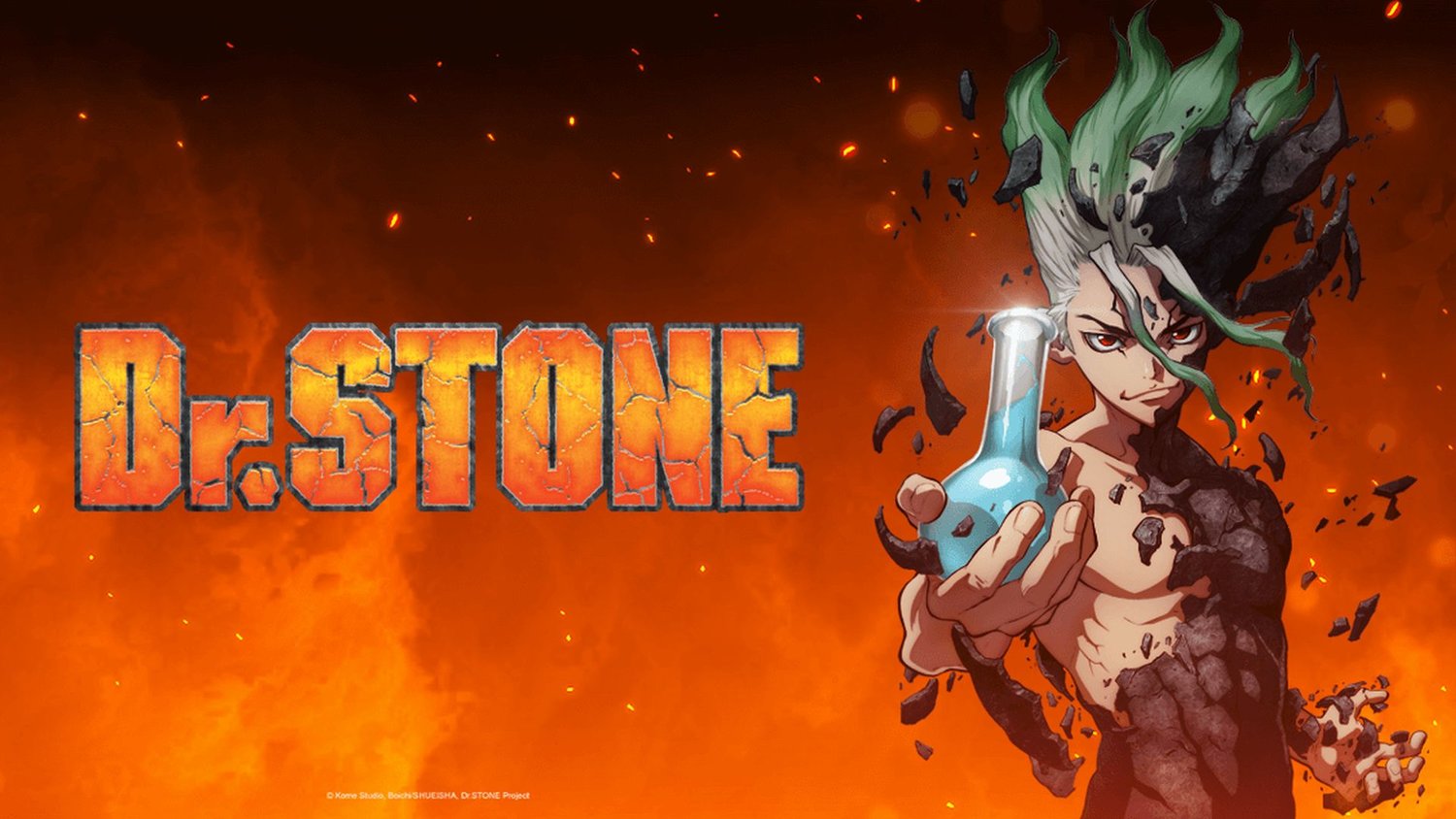 Dr. STONE is Crunchyroll’s first simulcast for the summer of 2019 and it’s a fun one. In fact, it’s the most hilarious shōnen I’ve watched in a minute. Other Anime Expo attendees who also got the chance to enjoy the Main Stage World Premere earlier today would surely agree, too.

All the jokes hit– at least in this post-apocalyptic adventure story’s first ep. And a change of pace anime is more than welcome, with tragic winter/spring shōnen Attack On Titan, Dororo, and The Rising of the Shield Hero having all just finished up. Not that a world where everyone turned to stone isn’t tragic… but you catch the drift; the tone in Dr. STONE is its best asset.

While titular character, Senku Ishigami, is played superbly by Yūsuke Kobayashi, it’s Makoto Furukawa who crushes it as Taiju Ōki. Taiju is the more blue collar, gung-ho of the two survivors and his brash personality goes foot-in-mouth with Senku’s crafty science mind. Watching them re-build civilization (3000+ years later!) from scratch is a treat. There are scenes where Taiju and Senku construct things like pottery wells for wine and humorously fail in the process– but never get too emo about it. It’s a warm survival story and funny AF.

Dr. STONE is a cool looking manga adaptation too. While nothing too visually out of the ordinary, TMS Entertainment (Detective Conan, Bakugan) captures the right emotions and facial reacts; mind you, this is a pair of fiesty young gents who wake up to a world of stone, lost everything, and haven’t a choice but to grind away or give up. Senku, who broke through the rocks just a few weeks earlier, hysterically accuses Taiju of “sleeping in”. Tai’s undying love for his beau Yuzuriha is the heartfelt section of the series so far. Yuzu’s stoned body is a shrine reminder of what was until a hint of faith in humanity is revealed later in the ep.

Let’s see if Dr. STONE can maintain its highly captivating, quirky tone and high level of humor. It’s inevitable that these two buds are doomed to cross natural –and assumingly breathable– threats. Maybe a whole community of Stone Alien Monks? OK, maybe not. But don’t be surprised if humans wind up pouring on Senku and Taiju’s “Stoned Away” parade. This is shonen, after all. 4.25/5 Bibles.