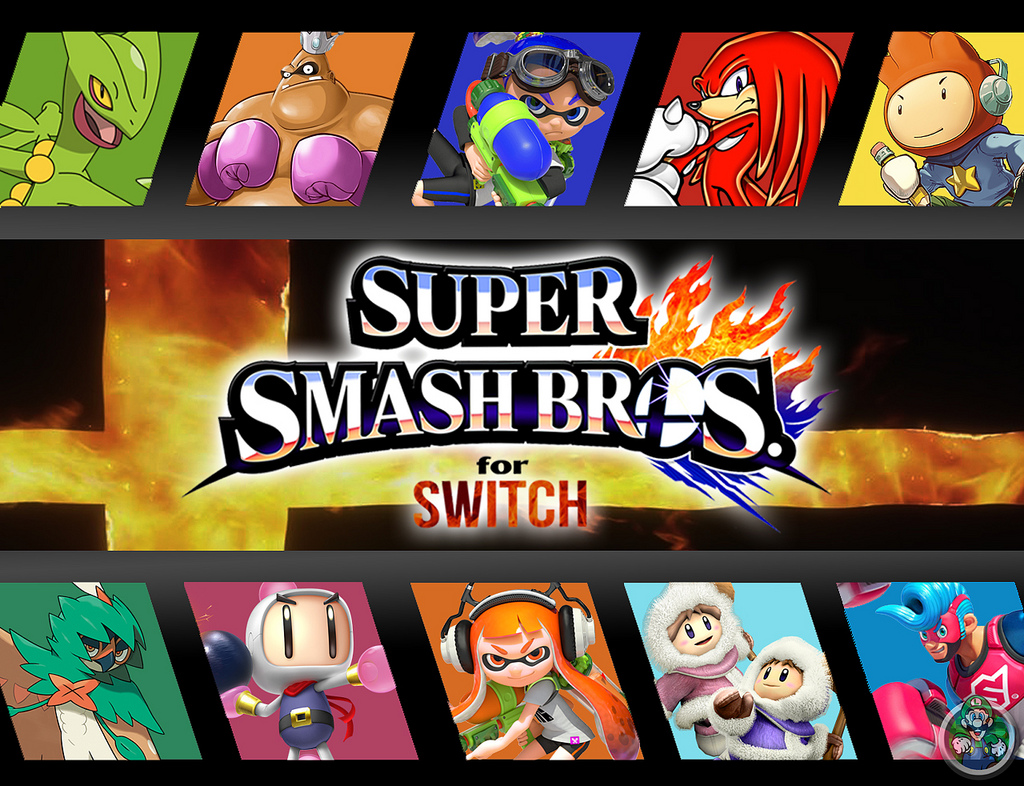 SUPER SMASH BROS. (Nintendo – Switch – 2018) – Coming later in 2018, Super Smash Bros. is finally coming to the Switch. Now, for any one who has been in a cave for the past centuries you have the best and most memorable Nintendo — and sometimes, freakishly, non-Nintendo — characters going toe-to-toe in a fun, family friendly fight club melee.

This is one of the most anticipated games of the year. Nintendo has confirmed that E3 will see hands-on demos, and it’ll be interesting to see what direction Smash devs have decided to take on the Switch. We do see some familiar faces confirmed in the trailer: Mario, Link, Bowser, Samus (Metroid), Bowser, Inkling Girl/Boy, Donkey Kong, Kirby, Jigglypuff, Marth, and more than likely a few other familiar faces will be in the game and possibly a few new ones will be popping up.

On June 12, the Belasco in Los Angeles will hold a Super Smash Bros. Invitational, as well! Attendees can line up at 10 a.m. for the day’s events, which start at 1 p.m. Contestants will be competing on the Nintendo Switch version for the first time, which makes me wonder if the talk that the title will be a “remix” of the Wii U port is true. Either way, Nintendo’s next Direct should have all the answers we are looking for.