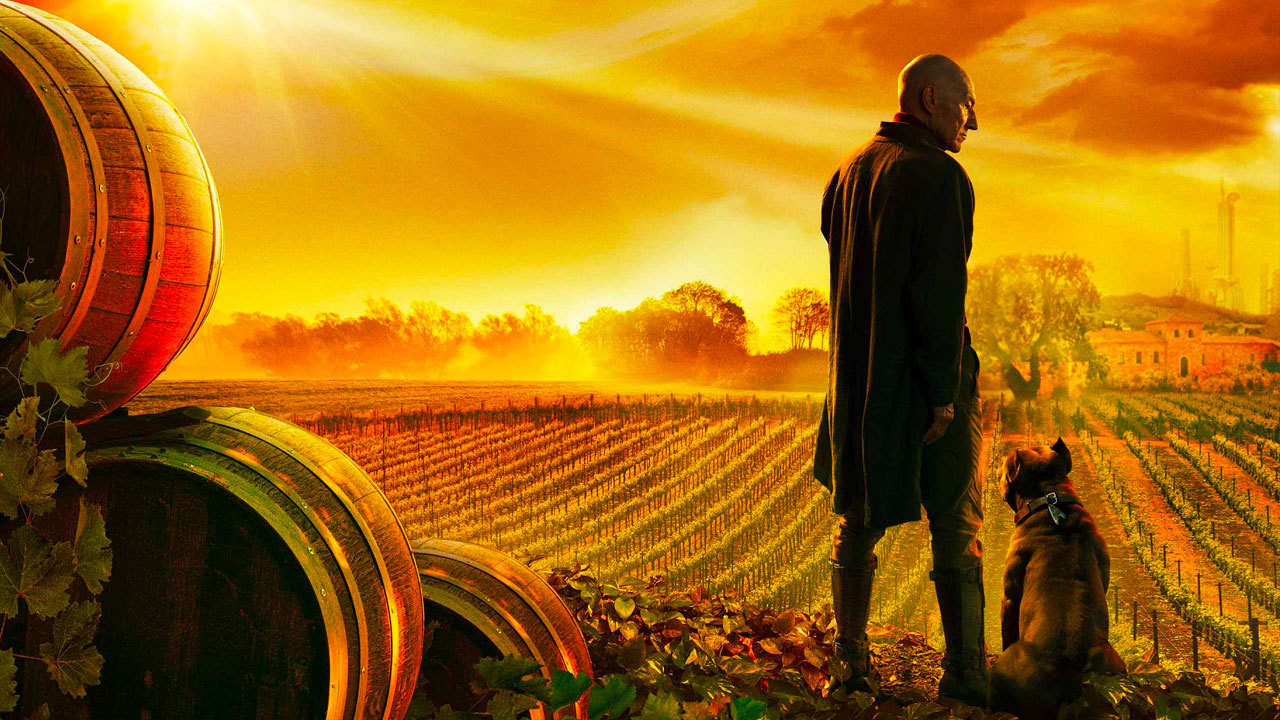 Since GHG’s resident Trekkies Dana Keels, Destiny Edwards and J.L. Caraballo couldn’t be at Comic-Con this year (geek tears everywhere), leave it to Moody. Yup, the same guy who has only covered Star Trek movies and games, so at least there’s that. But, sadly I haven’t even hit ST: Discovery‘s second season yet.

The good news? The panel crew’s excitement for what they accomplished in Season 2 — and for what’s to come next year in the follow-up adventure — will certainly speed up my backlog viewing process. They both sound great! And speaking of pals, my old buddy Geoff Boucher (Hero Complex) moderates the first third of the mega Star Trek panel on this wonderful Saturday morning in SDCC’s Hall H.

Discovery fans should expect the jump from Season 2 to 3 to be a radical one; Showrunner Alex Kurtzman said it will go “further than any Star Trek series has ever gone before” — 3000 years, in fact. That said. Kurtzman reassures that original creator Gene Roddenberry’s vision for Star Trek is now more important than ever. He promises that this uncharted timeline “is still Star Trek and will always be the Star Trek [that] Roddenberry wanted” — one that still has all the wondrous eye-candy but focuses on the smaller, more familial aspects of the bridge crew.

Producer Heather Kadin also pointed out that the fun, humor and adventure — keys to the success of Season 2 — will continue. David Ajala (Supergirl)  joins the crew as Book. “It’s always fun to break the rules”. 3.75/5 Bibles.

My favorite part of the Star Trek: Lower Decks portion of the panel is when moderator (and Lower Decks VO actor himself) Jerry O’Connell asked who exactly this animated series was intended for. Show Creator and Rick & Morty writer Mike McMahon said that this 30-minute toon will be for anyone who loves Star Trek, while Kandin contrasted that Lower Decks could be great for all fans of comedy. “[Lower Decks] will be a great entree into the world of Star Trek.”

If you, too, are wondering what the hell this is, O’Connell calls Lower Decks “the Downtown Abbey of Star Trek.” The animated series culminated from years of McMahon’s fake loglines to the 8th season of Star Trek: The Next Generation on Twitter (to which those loglines even became a book). McMahon’s chief focus was on the lower decks of the “not important” ships in Starfleet, in this case the U.S.S. Cerritos. “Every episode focuses on people in the ship who are funny and whom you will love.”

The panel went on to introduce the Ensigns manning the decks, the bridge crew and the animation style, but no footage. Not even a teaser, yo! Major bummer. As a casual Star Trek fan, I’m very curious about the one. 3.25/5 Bibles.

“‘We never know, do we, when our best moment will be’. And that is now!” When that alternate quote rang from the bowels of Sir Patrick Stewart at the open of the Picard panel, you knew we were in for something special. The legendary actor who has wowed many of us all forever with the likes of Jean-Luc Picard and Professor Xavier, among other classical roles, decided to return to the Star Trek Universe over a year ago. He recalled saying “no, thank you, but no” repeatedly until the subject matter of this Picard became clearer to him. Stewart also knew something “very unusual would happen” with this particular writing team. 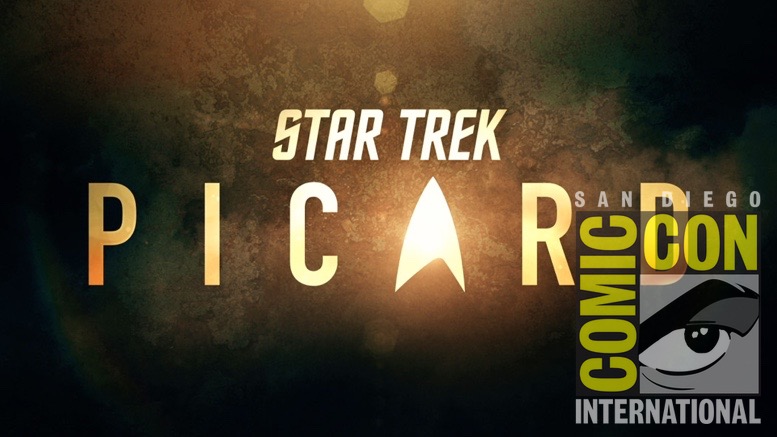 Producer Akiva Goldsman said that Picard won’t be a direct sequel to The Next Generation, despite sharing many of the same cast members. Oh, yeah– spoiler: there were a lot of surprise names joining Stewart for another go. More on that in a sec.

Kurtzman went on to talk tone. “It’s entirely different. [Picard] forced us to think outside of the box.” Goldsman added that, tonally, it’s a new hybrid that has “hope for a future that, in many ways, is better than the world we live in today.” Cue applause. 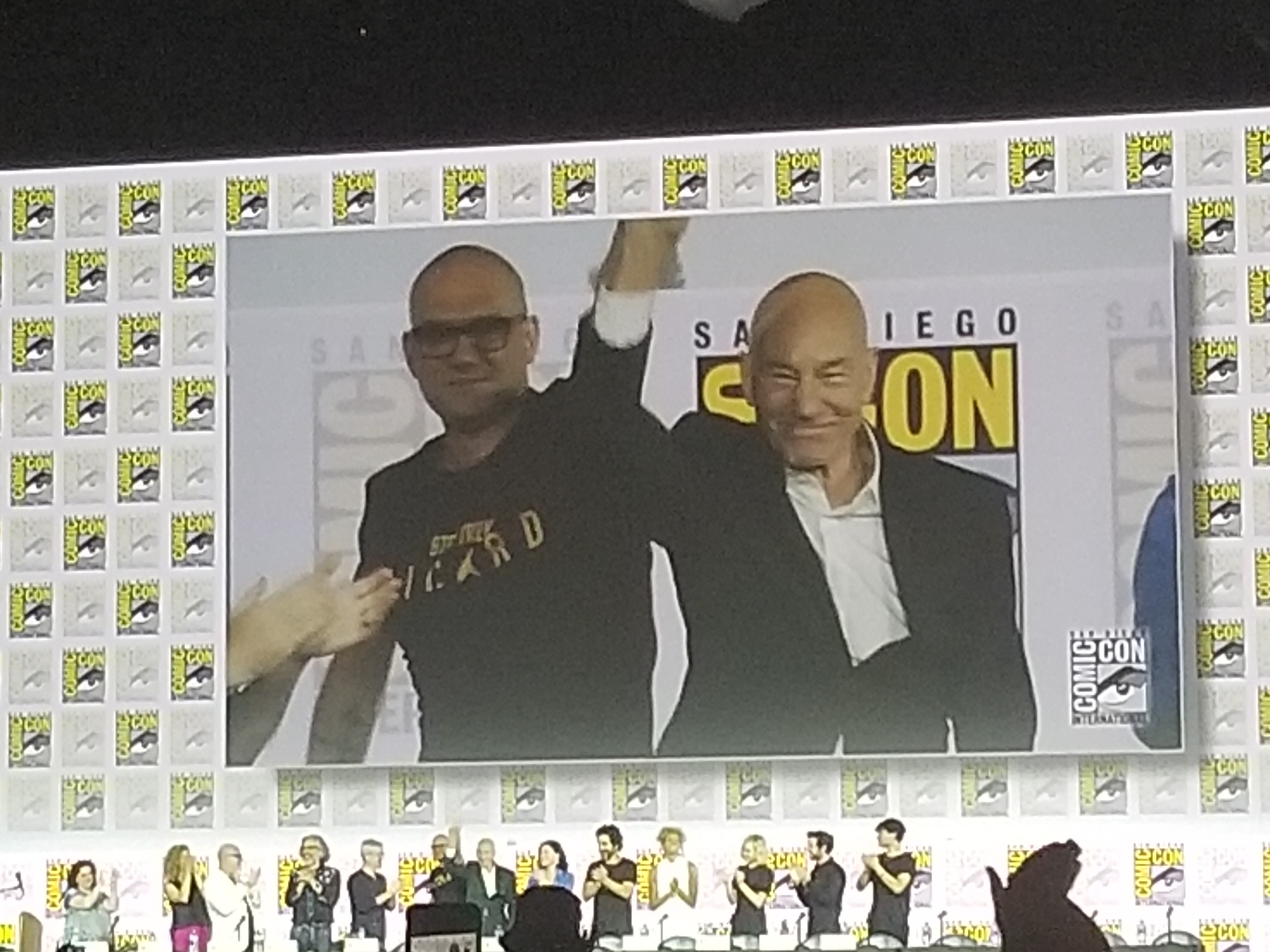 Stewart is doing more than reprising the role, too. Writer Michael Chaban, a former Pulitzer Prize winner, was baffled by the enormity of the writing. He also noted that Sir Patrick is in-tune with all writers, helping to critique the show and review the story. “It’s an ongoing collaboration. I trust [Stewart’s] judgement.” Smart man.

As far as characters, actress Alison Pill said that every actor present on stage for the panel was “pretty broken” in their roles, “There’s a lot of lonely sad-sacks.”

Following an incredible sneak-peak at Picard, that Stewart curated (and begged ever-so charmingly to the Hall H faithful to watch the trailer again in silence until it finished), the Picard panel brought out ST:TNG and ST: Voyager actors Jeri Ryan, Brent Spiner and Jonathan Del Arco. Watching Patrick’s emotions on-stage, following the presence of his former crewmates, even gave this non Trekkie the feels.

Leave it to Captain Picard to get those CBS All Access subscriptions up to relevancy and beyond. 4.25/5 Bibles.