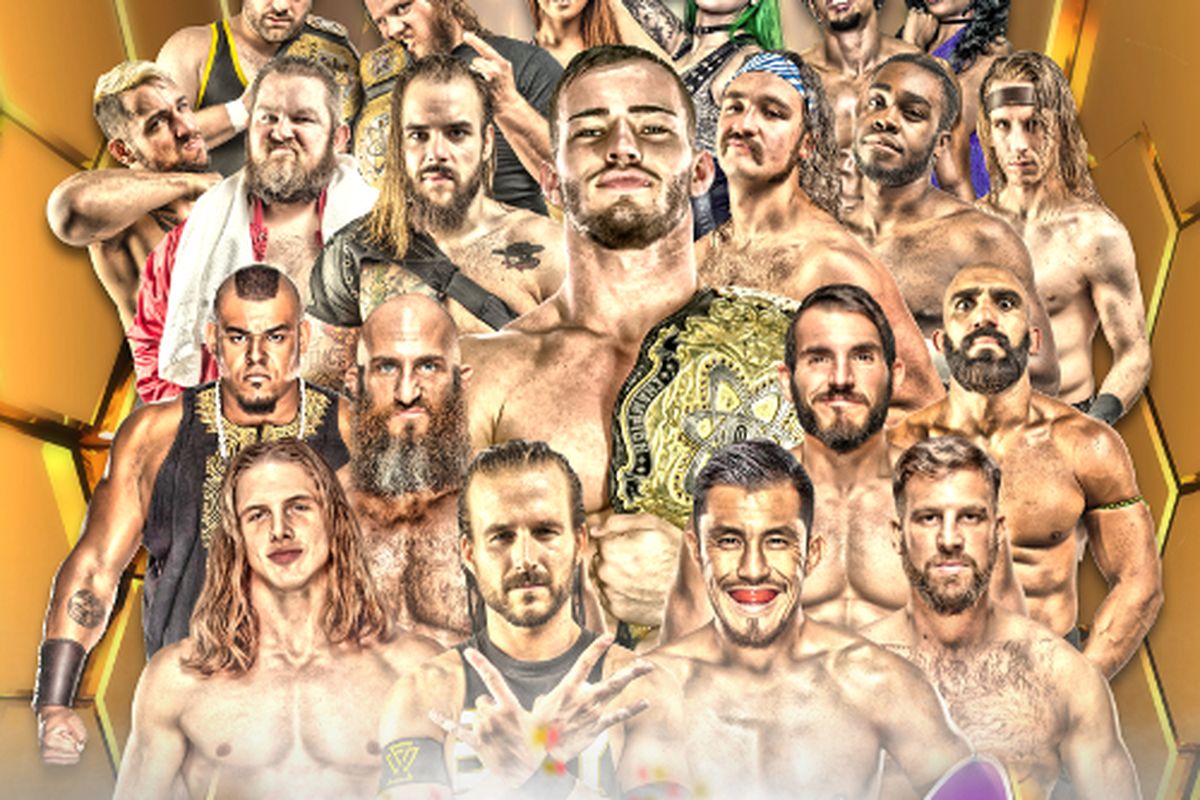 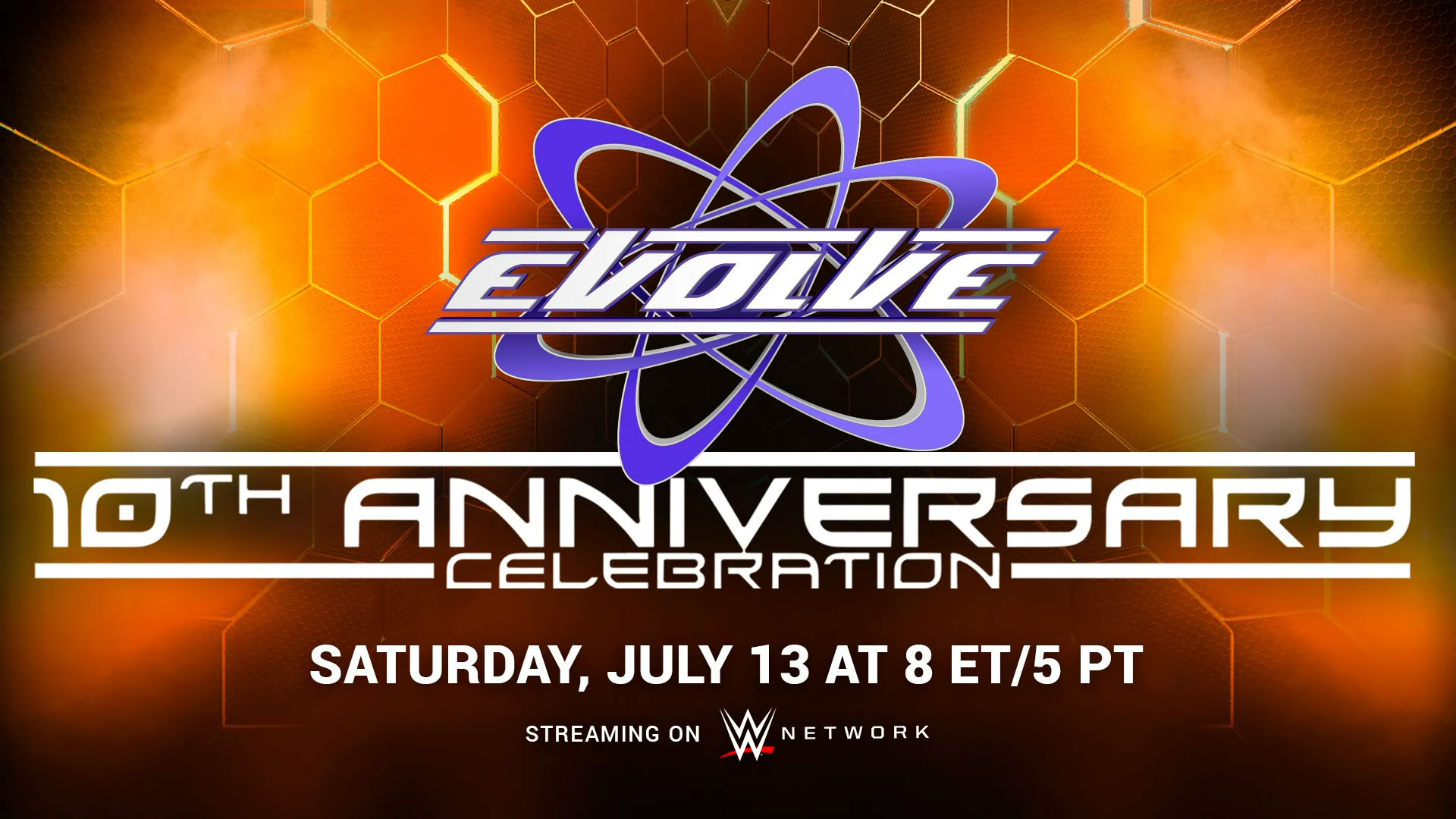 It finally happened. The WWE Network streamed their first indie show live in the form of EVOLVE 131. This was EVOLVE’s 10th Anniversary Show and it was everything marks would expect and more.

I’ve been an EVOLVE fan for a couple of years now and I’ll even be there live in Melrose, Massachusetts tonight. I just don’t know how they’re going to follow this one. So let’s break down this amazing show and I gotta warn you… there will be spoilers. 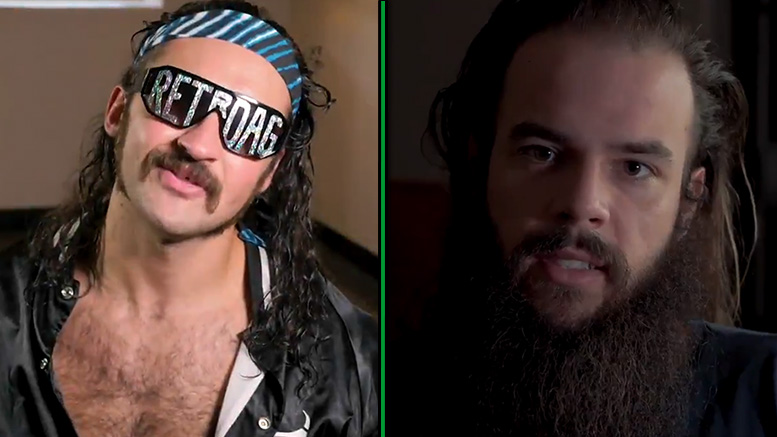 Josh Briggs took on “The Retro-sexual” Anthony Greene in the opening match of the night. This match seemed a little fast in my opinion. Briggs is a star and I see big things in his future including the EVOLVE Championship sometime soon. Briggs is a Mass native, who played football at Amherst. Get to know him.

The Retro-sexual, I have to say, has grown on me with his fanny pack and 80’s stache. I’ll give this one 2.5/5 bibles because it ended a little too quick for my liking, but I totally get that they’re building a monster in Josh Briggs. Future trivia question… Who won the first ever EVOLVE match on the WWE Network? The answer: Josh Briggs. 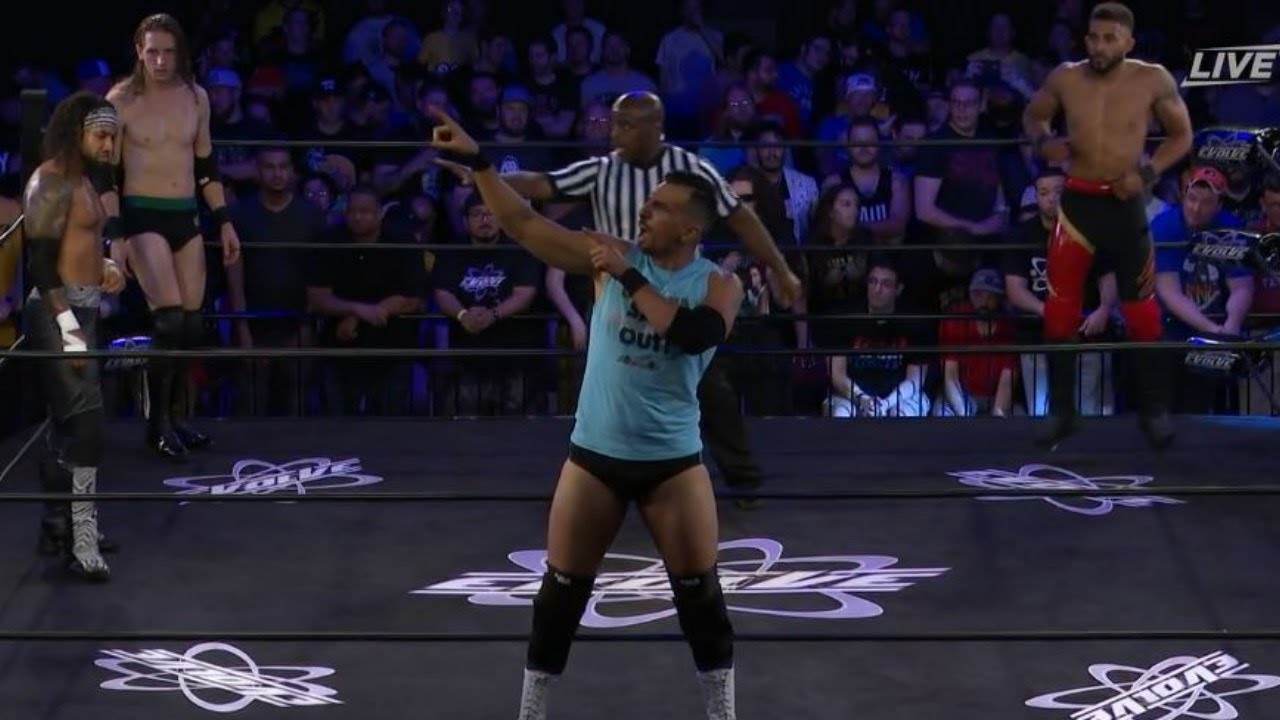 Next we got a fatal four-way featuring former CWC standout and the newest member of the Unwanted, Sean Maluta, Curt Stallion, Stephen Wolf and Harlem Bravado. I wasn’t too big on this match going into, but was pleasantly surprised. What a match. A lot of young talent in this one and they made me feel very comfortable with the future of EVOLVE.

The indie fed seems to have big plans for Curt Stallion and rightfully so. If you only watch one match on this show, this should be it. There were tons of spots for the spotmonkeys and plenty of superkicks for the smarks. 3.5/5 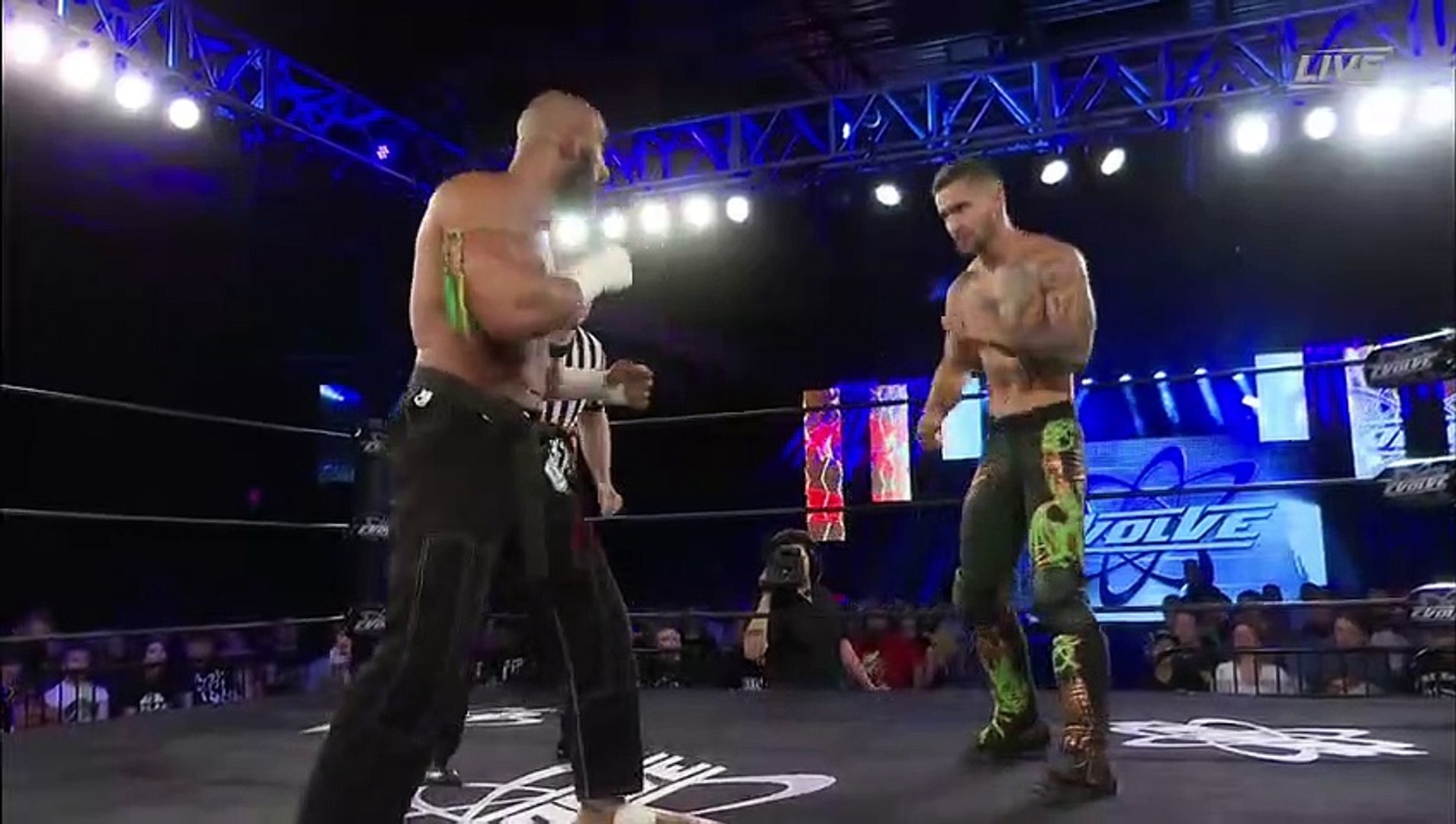 Can I say that I hate that NXT is changing so many names as of late? Adrian Joude is now Arturo Ruas. I don’t know why. Whatever. He took on Anthony Henry, who has been an EVOLVE standout for a while. He’s a former FIP champion (one of the sister promotions under the WWN banner) and is always impressive. This was a good match and kept the momentum going. 3/5

EVOLVE is trying to build up their women’s division. SHINE, being a sister fed, kept the women out of EVOLVE until recently. Shotzi Blackheart showed up not too long ago and staked her claim at the division. Brandi Lauren took exception to that and it’s built up to this No DQ match. It was a good women’s showcase. The future looks bright for this division. 2.5/5 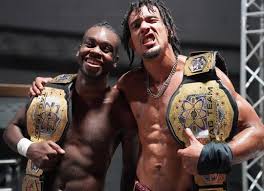 The rest of this card was just amazing. The EVOLVE Tag Team Championships were on the line when AR Fox & Leon Ruff took on the Unwanted. Eddie Kingston has been great since coming to EVOLVE and defeating the Street Profits to win the titles.

This crew should be around for a while but then there’s the Skulk. These guys just have it all. Athleticism, charisma, a way with the crowd and of course A.R. Fox; not to take anything from Leon Ruff. You can’t help but love these guys. Spoiler alert. The Skulk is your new Evolve Tag Team Champions and the party begins. 3.5/5 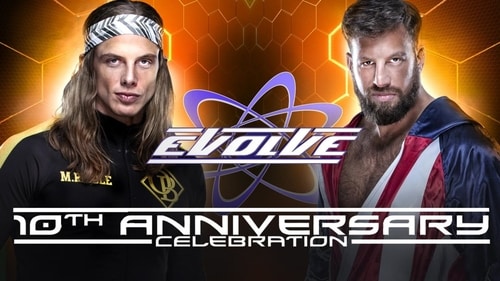 We got a Catch Point reunion next. I have to admit, I was missing Stokely Hathaway though. WWE Cruiserweight Champion took on his former partner in CP, current NXT Star, the King of Bros, Matt Riddle. No spoilers. Not even words to describe this one. If you don’t know about these two, you need to learn. 4/5 Bibles. Straight fire. 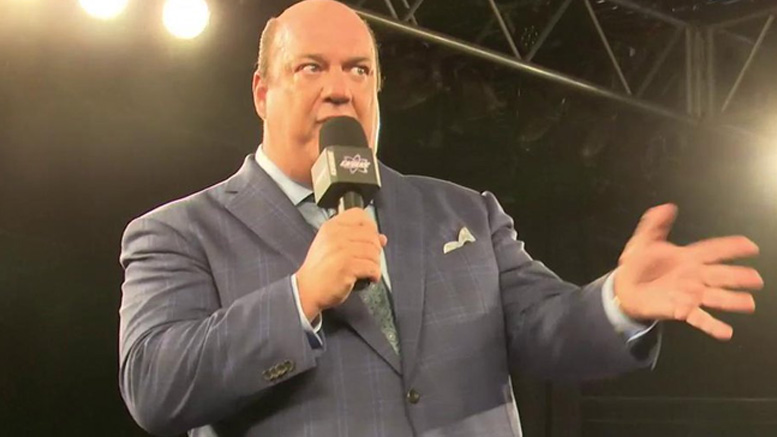 HOLY SHIT!!! We’re in Philly and who shows up but Mr. ECW himself, Paul Heyman!!! He introduces the competitors for the next match, EVOLVE Champion Austin Theory v WWN Champion, JD Drake. Title versus title. Winner take all.

Theory is my guy. He’s the future of this business. He’s only 23 and is dripping charisma. Plus, he’s my boy. I’m looking forward to shooting the shit with him tonight in Melrose. JD Drake looks like he’s one of the Andersons. It’s no wonder he and Anthony Henry call themselves the Work-horsemen. These two had a great back and forth match that you don’t want to miss, and you never leave disappointed when Theory is on the card. The only reason I didn’t say this was the match to watch on this card is because, DUH! All Day Austin Theory is in it. Recognize the future. 4 Bibles. All Day. 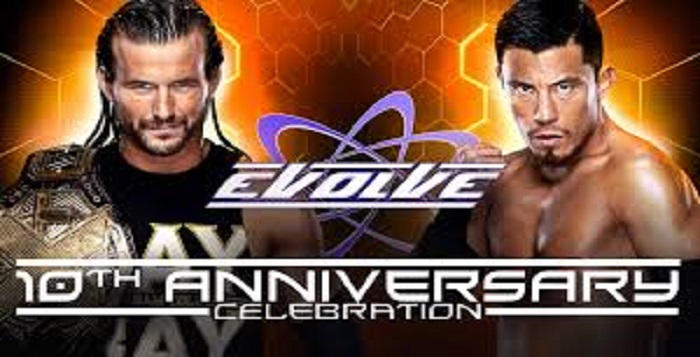 The main event was the first time the NXT Championship was defended at an EVOLVE show as Adam Cole defended against Akira Tozawa. Tozawa only fought at EVOLVE 7 but he was a staple in Dragon Gate USA, which is another of the sister feds under the WWN umbrella. (Yeah, you might want to get the WWN Network for $9.99) This is the second time Cole defended an NXT Title at EVOLVE as I saw him defend the North American Championship against WALTER in Melrose about a year and a half ago in an instant classic (that was only available to the live crowd). Another very good match here and a great way to end it. 3.5/5 stars.

This was a very solid show with a handful of awesome matches. Hopefully now the WWE Network faithful will be more in-tuned with the future talent of the federation. Now? By the time you read this, I’ll already be in Melrose for EVOLVE 132. The celebration shall continue and I’ll have a review of that one just before Raw tomorrow. But just remember: this is EVOLVE and you either evolve, or get outta the F’N way!!