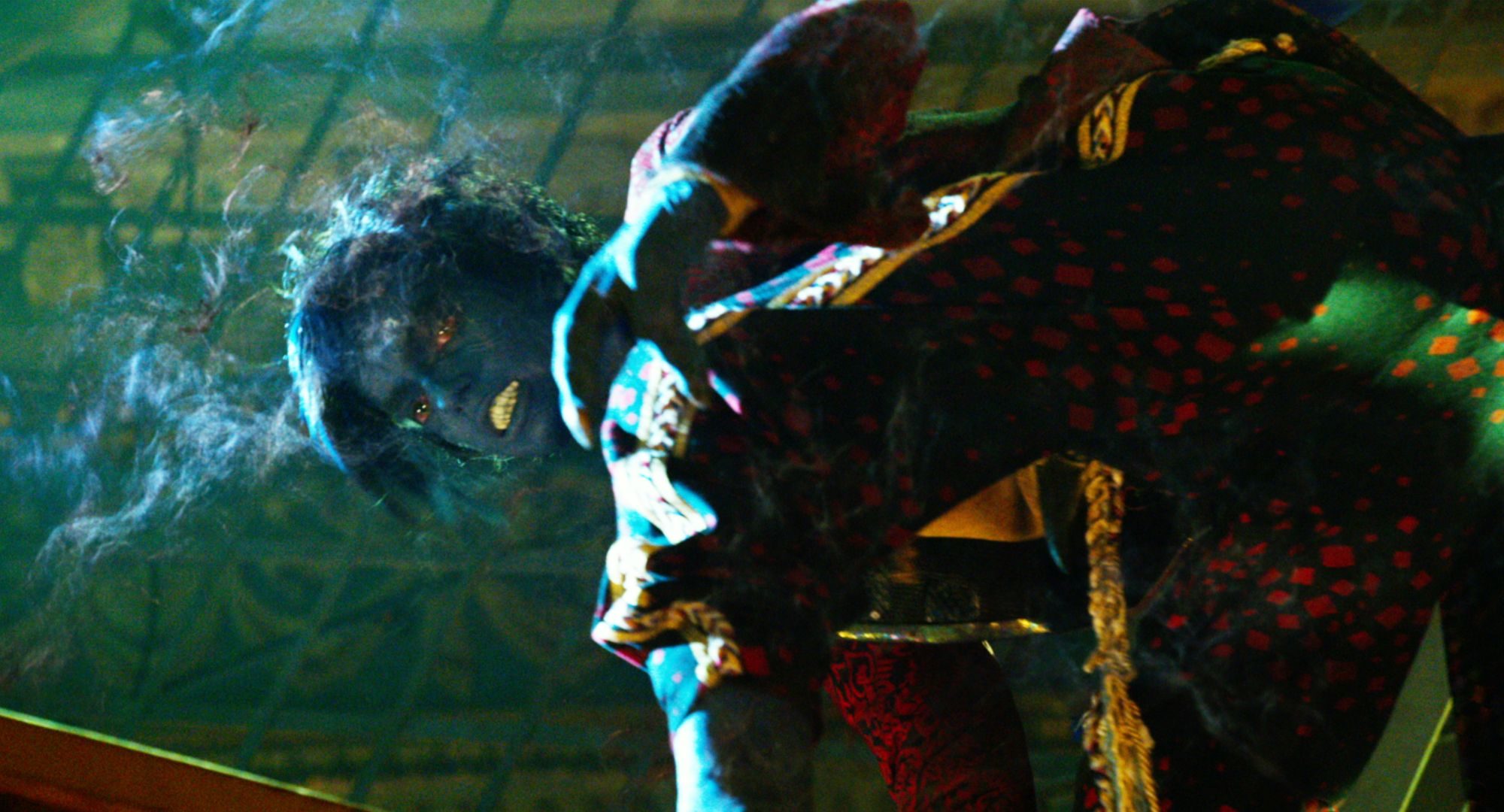 What’s up, fams? It’s a rare opening hello from your “Monsignor” Travis Moody. I want to thank everyone for their continued visits to GodHatesGeeks, checking out our reviews, peeping our previews, vibing to our podcasts and just being an overall great geek. We love you. We hope you are staying the fuck home if you can, and if you are essential — and we know you are, no matter what — The Clergy of Cool applauds your bravery and tireless work that allows the rest of us quarantinerds everything we need to survive. We can’t thank you enough.

This week, expect a few special editions of our traditional Fistful of Comics and Sunday Stash. Here, in Part 1, our fearsome foursome take a look back at March, a few of the comics you might have missed and a focus on one that even launched today in our opener. Our next couple of features will review current funnybooks and even 1 or 2 that drop next week(!!). Thanks for tuning into our continued coverage and kick-ass features that should help keep your mind off the everyday grind. Stay safe, wash your hands!

BAMF! What we have here is a quick done-in-one shelf filler of an X-Men title. Yes, yes, it’s written by Jonathan Hickman, and yes, yes, it’s drawn by Alan Freakin’ Davis (with colors by Carlos Lopez) and upon first glance? Not much happens. Or, does it?

A team is sent to the former School for Gifted Youngsters (fka) The X-Mansion when someone, or multiple someones tried and failed to operate a transportation gate of Krakoa, a recon team consisting of Nightcrawler, Eye-Boy, Magik, Cypher & Lockheed (you had me at Davis drawing Nightcrawler, adding Lockheed to the book is like finding $20 in the pocket of a pair of pants you just bought) are sent it to see what’s what. Ghosts of the past, both literal and physical make appearances –hence the story title “Haunted Mansion”– with an old villain making its return to the Pages of the X-books since 2014! That’s not all, as someone’s secret is found out and the X-Books just might of gained a new team member as well. This could of easily just been an issue of an X-book, as I’m not entirely sure why it’s it own one-shot book. However, any time you get 30-pages of art by Alan Davis? Well that’s always worth a couple of Bibles right there. Gains a few more points because of the call back villain as well as the cool cameos. 3.5/5 Bibles.

Going back to work after your first kid is hard. Especially when you’re a superheroine with an overdrawn account who needs to borrow a Jackson to catch a cab home from fighting Doombots. What’s a gal to do?

Well, if you’re Jessica Drew, you go on down to Big Ronnie’s Custom Battle Spandex and get a new black costume (because you want something that looks like your normal costume, but says you get money) before you accept a gig protecting a rich kid from getting kidnapped at her Sweet 16 party. I literally laughed out loud at Karla Pacheco ’s (Fantastic Four 2099) dialogue; it felt exactly like things Jessica would say. I loved the faces of all the kids attending the party – Pere Pérez’s (Batgirl, Archer & Armstrong) art was not only expressive, but also had great action poses. I also like the new costume; it has the elements of her regular costume, so you recognize its her, but is different enough that you’re not just looking at Spider-Woman’s costume in black.

The back-up story features pencils by Paulo Siqueira (Astonishing X-Men, Spider-Force) and shows off her new costume in detail and hints that its origin ain’t what it seems. 4/5 Mini Captain Marvels Riding A Horse.

Cable returns (of sorts), younger, and significantly less grizzled, in Cable #1. Lean and fast-paced, this story finds everyone’s favorite gun-loving, time-travelling, telekinetic mutant on a rescue mission of sorts, trying to locate the young mutant Fauna, who has gone missing on the “monster” side of the island Krakoa, capitol of mutantdom on Earth.

What follows is the discovery of an ancient alien sword, which gives Cable visions of a long-lost adventurer, and the foreshadowing of a confrontation between our favorite mutants, and ancient, reactivated space-faring knights from the other side of the galaxy. Writer Gerry Duggan keeps things light and breezy, not bogging anything down exposition-wise that can’t be shown, and artist Phil Noto has such a distinct and airy style, it is refreshing. Refreshing is probably the word that most readily describes this debut issue: Noto’s style is so painterly, almost cartoonish (and that is NOT meant derogatorily), and complimented the story completely. There’s something about this style that fits with the X-Men and their offshoot titles so well, and that’s no exception here. There’s little fat, no wasted panels, and the panels where Fauna is seeing a battle between Cable and a massive monster, having been affected by Pixie’s dust, will probably bring a smile to your face. 4/5 Bibles.

A superhero unveiling his secret identity is nothing new in comics. Hell, doing it with a press conference is nothing new. But the way this book starts exploring the impact of Kal-Kent’s decision on villains is what makes it a delight; I’ve been tired of Joker for a while, but his interaction with Lex Luthor near the beginning is perfect — and to explore just why it is Superman is one of the more interesting characters to me (the impact it has on Toyman and others has quite the impact). Showing Superman as a super MAN rather than a superhero, and how the man influences those around him, was a great touch.

The art is.. fine. It’s fine. They switch in a more realistic style when showing “Lois and Clark” aspects, which I like in theory. There are a few artists this issue, including Bryan Hitch, Steve Lieber, and Cully Hamner, but in execution, it looks like stock photos with a shitty filter applied. It’s bad. The art used for the Bizzaro world, however, is perfect though. Jody Hauser and Matt Fraction‘s writing does wonders where the art sometimes falters. 4.75/5 Daily Planet Press Badges.