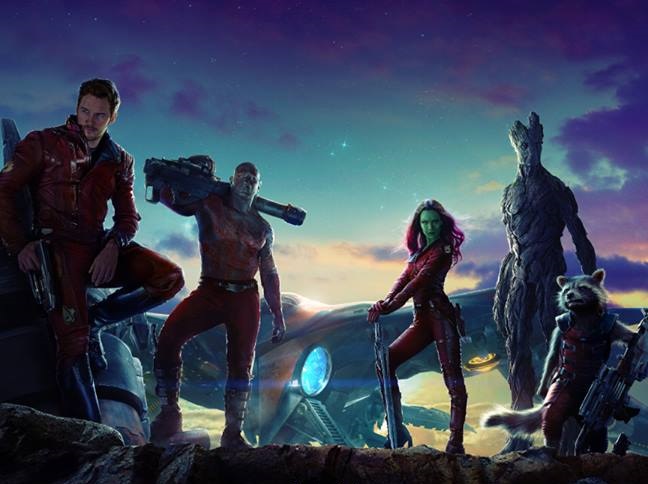 WHAT-UP, MY COSMIC CONGREGATION OF COOL!!!
The Preacher Man pimpin’ it like a Pym Particle on overdrive to you all from the pulpit with a little Marvel Studios Guardians Of The Galaxy visual action for you all! Over the past couple of days, Marvel has released character posters featuring the big-screen Guardians team, so I thought I’d post them all here collected in one area for your enjoyment, until the flick hits theaters on August 1st!

First up, we have Rocket Raccoon (played by Bradley Cooper) and his fightin’ tree buddy, GROOT (Vin Diesel)!

Next up, we have the bad-ass beauty known throughout the galaxy as GAMORA (Zoe Saldana)!

And FINALLY, here’s the first of 2 released JUST TODAY! The deathly-daring DRAX THE DESTROYER (Dave Bautista)!!!

Last but not least, we have the Earthling known as Peter Quill/Star-Lord…Who?!!?…STAR-LORD, MAN (as played by Chris Pratt)!!!

And that’s IT! There you have it! Your big-screen/live-action Guardians Of The Galaxy in full-on character poster form!
Until next time, take it easy and remember: NEVER CALL ROCKET A RACCOON (I had to learn that one THE HARD WAY…still putting ointment on the claw marks about my face, as I type this)!!!