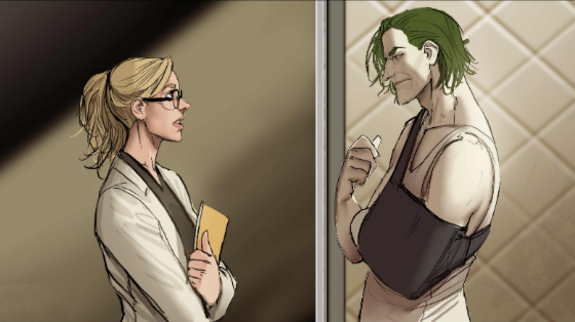 Happy Hump Day, geeks and geekettes! We’re gonna have some great coverage out here on the East Coast from New York Comic Con — #NYCC2019 — starting tomorrow, but before we get some on-the-spot coverage, we’ve got two more comics reviews just in time to ease us in!

So let’s get right to it.

Like any long-standing comic character, Harley Quinn has been through many iterations, from her initial screen appearance, transition to a darker comic villain, and reemergence as an anti-hero with her own identity and story outside of the Batman/Joker landscape. With writer/artist Stjepan Sejic’s Harleen, we go back to the beginning and revisit Harley’s transformation from mild-mannered psychologist, looking to advance her career through trauma theory, to iconic Villain and the Joker’s main girl.

Harleen reads like a novel, with a languid pace and the dreamy narration of an autobiography. Her life is told in flashbacks that illustrate all the ways her life could have gone differently, if not for the Clown Prince of Crime. With the entirety of book one spent getting to know and feel for Harleen, not Harley, the reader becomes more invested in her story, despite it being one that loyal Harley fans are very familiar with. 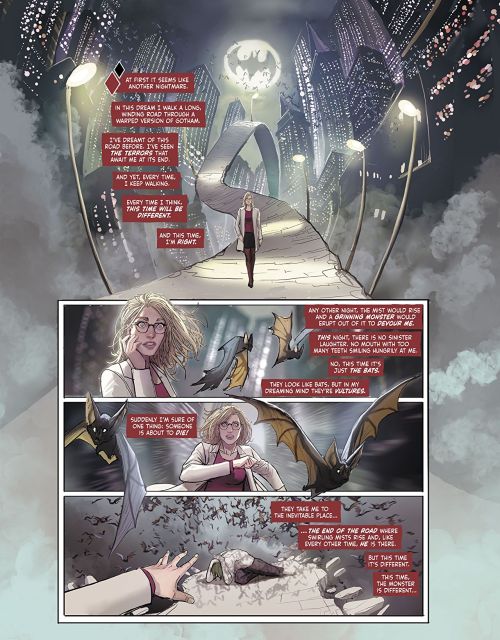 Sejic’s dialogue and art are a great blend, lending to the dreamy novel feel of the book, and the dialogue is on point. The normal cast of Gotham characters make appearances within but are viewed in a different light because of the lens through which they are viewed.

Will Harleen become the Harley of our memory or an entirely different beast? It’s definitely worth grabbing Book Two to find out. 4/5 Bibles.

This past week saw the rebooted Bloodshot #1 appearing on the comic book shelf and honestly, I’ve never read one issue. The only reason I picked up this issue was because Brent Peebles did a special edition Houston Astros cover and he did a signing at my comic book store (he’s really good people). I’m actually glad I picked it up because with the possible Bloodshot movie coming out I had absolutely no idea what this character was about and honestly… he’s pretty badass.

The idea of Bloodshot being basically indestructible has been brought up before (i.e. Wolverine, Deadpool, basically any superhero with a healing factor, etc) but he was created in a lab using nanotech and with the nanotech he can also “infect” those around him and have them obey him. He can also shapeshift and heal from any wound so he’s basically the perfect killing machine/army of one. 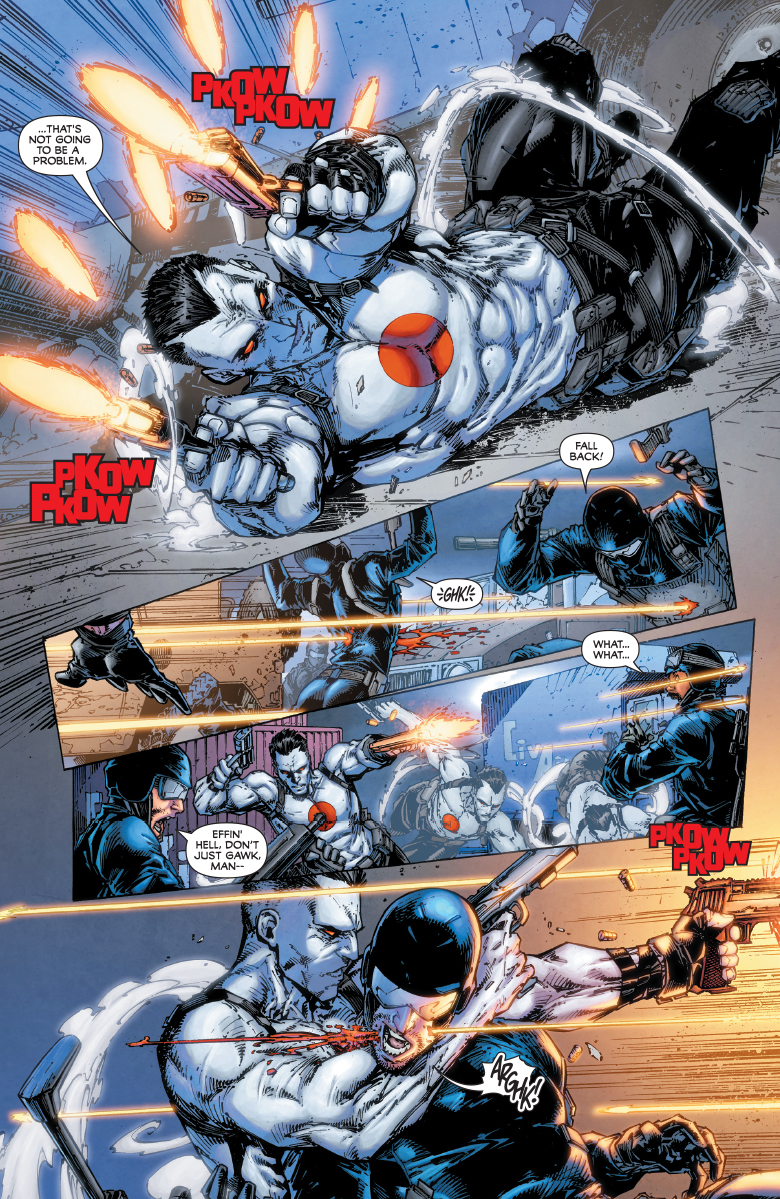 This first issue is actually a great introduction to the character and gives great insight to both the character and those that are hunting him down. Writer Tim Seeley does a great job at pacing. He keeps the action going throughout the entire issue. He keeps the action going without it getting stale. Artist Brett Booth’s art is so recognizable that the minute I opened the book I knew it was him (WRITER’S NOTE: No, I didn’t look to see who was working on the issue when I picked it up. I literally a sucker for anything Houston!). His art is solid and he’s gotten better at his facial features too, which is a plus.

If you are a fan of the series or even someone new and curious about the character, this is a great jumping off spot. That being said, it’s not a “must get”This is a coin flip. I would say check it out and see if you like it. If you do, get it. If not, it’s not your cup of tea and you won’t be missing out. 3/5 Nanotech Bibles.