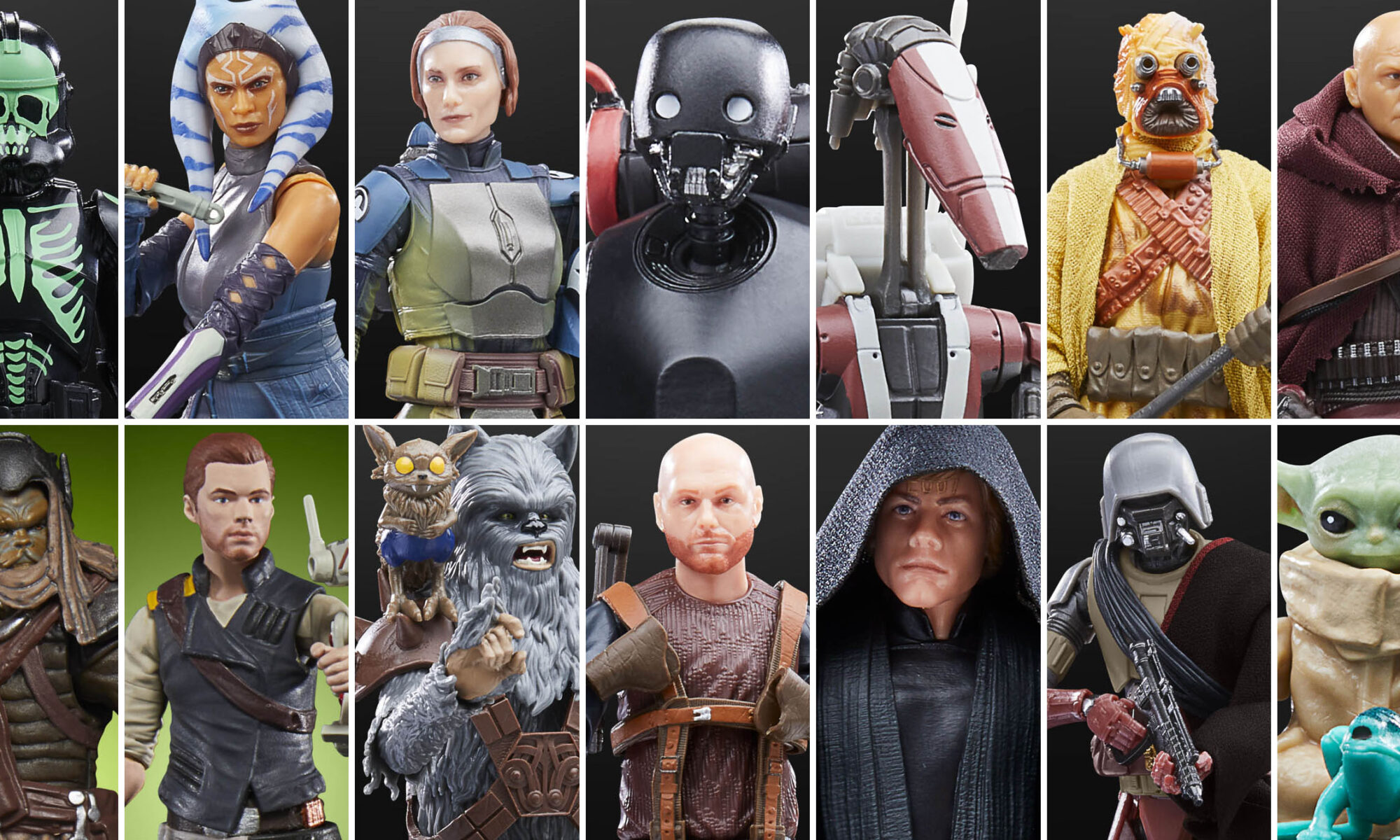 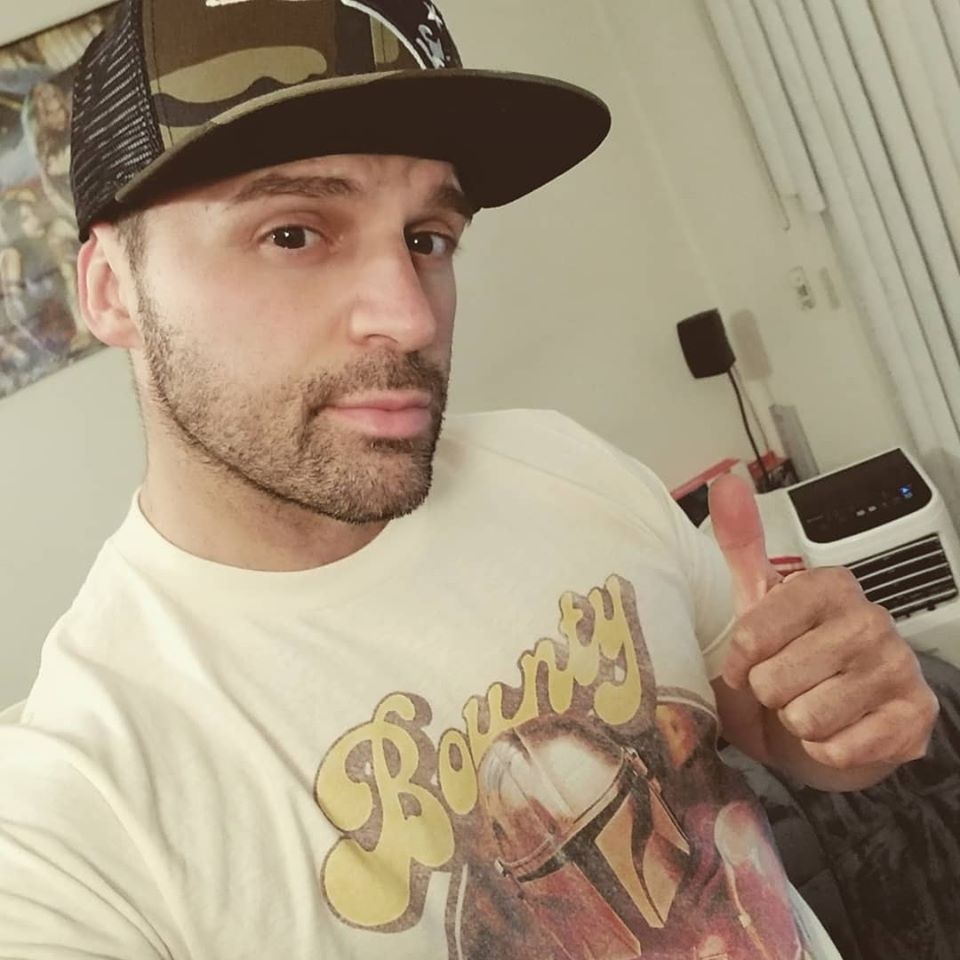 For almost a decade, attending the annual Hasbro Star Wars product reveal panel at San Diego Comic-Con has been a tradition for yours truly. They’re there, every year, on Friday in room 7AB. And, every year, Patrick Schneider and his rebel alliance show off everything new under the sun for Star Wars action figure fans — from the 6-inch Black Series to the 3 3/4 The Vintage Collection to replica props and retro figures. Props to the team for having the panel at San Diego Comic-Con this year despite already thrilling (most) fans with some awesome announcements (not named HasLab Reva Lightsaber) at Star Wars Celebration just a shade under 2 months ago…

Let’s face it: the COVID world we live in hasn’t been so nice to this brand team, and fans are letting them hear it. Lots of delays. Lots of repacks, so many repaints. It’s par for the course. We spoiled Sith want new aliens, new droids, new Jedi; characters from the extended mythos (Legends), games (that aren’t trooper repaints), Disney+ series figures that don’t have a release date of 2023 (but hit random Targets months before everyone else…). Quite frankly, collecting these things right now is a mess.

I feel for this team, and some (really loud) fans have called them out for not being fun, being too robotic and “corporate”. Hey, it’s not easy to work under the guise of those ginormous mouse ears. But at this year’s SDCC, the SW Hasbro Squad were no doubt trying. They opened up the panel by giving a handful of lucky fans some lightsabers, and even good ol’ Patrick shouted “let’s have some fun, shall we?” They hear you. Fun this panel was, my young padawans.

Was it great? Was I blown away by anything revealed, or revealed online just hours before the panel (hey–can we stop doing that, Hasbro and every other pop culture planet in the world? Are there no such thing as surprises anymore? Hell, I was in the A Toy Kinda Mood Facebook chat and our own Michael Valade was posting crystal clear images of Black Series Imperial Light Cruiser Luke Skywalker and TVC Boba Fett’s Not Today Slave-I Starship before they even let us know in the panel.)? No, but if there wasn’t enough fun stuff to talk about I wouldn’t have bothered blogging about it.

Anyway, as I was saying, the team definitely continued their charisma from SWCA with more Star Wars Holiday toys, this time for Halloween, well… Halloween 2023 (technically Spring, but who the heck thinks of these things?). At least they got a good crackle from the crowd and seem far more appealing than any of the crap from Christmas past. I mean… the Skele-Glow Clone Trooper is fun. The Were-Wookie is even better, although this “all-new sculpt” is just Black Krrsatan with cute cat ears. Way to get mileage out of that sculp, Hasbro, especially since they also announced an all-new mold for the Kashyyykian bounty hunter later in the panel.

Being the G.I. Joe Classified simp I am, my favorite action figure of the panel is a left-field choice: the Credit Collection Dark Trooper. The faded green paints onto the metallic black is a wonderful touch, and with some Gridiron Studios third party accessories, a couple of these will look dope either protecting or patrolling around your Joe base dio. The other major highlight for me in this panel was the second Star Wars Retro Collection Multipack: C-3PO and R2-D2 (both with vac-metal, nice), Obi-Wan Kenobi, Death Star Commander, Jawa, and a Tusken Raider. I barely had any of the original Kenner figures as a kid, so these box sets are a treat and will stay vintage carded (although not M.O.C. because of the flimsy cardboard). There’s no pre-order date set quite yet, but the release is slated for Spring.

Do note: I don’t collect The Vintage Collection, so a lot of those reveals went through one ear and out the other. For The Black Series, we’re finally getting a proper Season One Bill Burr, another Grogu (for $25 because of a pram, nonetheless), a ton more for the Credit Collection, and arguably the best of the Mando bunch that I havent’ mentioned yet– the assassin droid HK-87. Pretty cool, I ordered one.

Now it’s time for my favorite part and yours of the Hasbro Star Wars panel: the Pipeline reveals! Continuing Repack/Repaint City is the 40th Anniversary of Return of the Jedi. Another Bib, Chewie, Emperor Palp, ANOTHER Leia (Endor) with Endor Han, ANOTHER Skiff Guard Lando, Paploo (okay, cool!! Glad I got rid of that PulseCon Endor set), Scout Trooper, Stormtrooper and — yay! — I GETS WICKET! One of the few Kenner figs I had as a kid.

Thankfully there were three other mentions in the pipeline for mainline, too, the Jedi Council’s Cerean alien Ki Adi Mundi (you wanted more Jedi!!), an “all-new” Mandalorian (maybe this time with a proper sculpt for Pedro?), and, yes, they heard the fans, a Black Krrsatan that isn’t a Paint It Black Chewie. Just a shame our Con exclusive this year is my favorite pop culture character, Boba Fett, of course, with his decade-old ESB mold, doused in black paint, with no flame-throwing blast effects for those gauntlets.

Overall, it was a fun panel, and I enjoyed the Hasbro Star Wars brand team’s charisma, connection to the fans, presentation, and enthusiasm. But let’s face the facts: even with some exciting promise down the pipeline, and Mando figures we wanted (Luke, a proper Migs Mayfeld), another awesome retro Kenner-inspired set, and pleasing pre-orders that most TVC collectors have been craving, almost everything revealed in this panel was a repaint. And how the heck did they forget to present one of the coolest figures of all?

I guess this is the way?