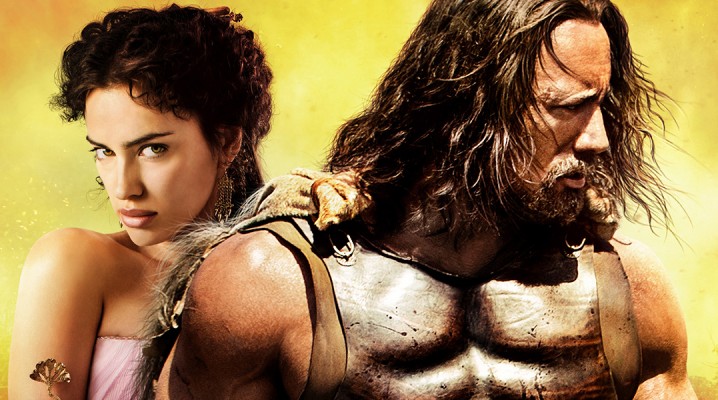 With myth coming to life on the silver screen, director Brett Ratner (Rush Hour) and WWE-superstar-turned-global-acting-phenomenon, Dwayne “The Rock” Johnson, have collaborated to dispel what we think we know about the legend– only to create an entirely new demigod of pure popcorn entertainment.

Shooting out of the gate with intense action, Hercules follows the eponymous hero as he and his cohorts begin their latest labor in the Thracian Wars. Based on the Radical Comics series by writer Steven Moore and artist Cris Bolsin, this cinematic adaptation has all the muscles necessary for a roided-out roller coaster of a flick.

One of Mr. Ratner’s better spectacles (I’m talking to you, X3), Hercules delivers so much eye-candy, one can’t help but smile from ear-to-ear. Having seen the film in IMAX, the splendor of the cinematography pulls the viewer right in to ancient Greece and the 3D harkens back to Captain EO – minus the talking elephant.

With an appropriate balance of humor to action, Johnson (Pain & Gain) giddily shows us why this has been his passion project for a number of years. Plus having the physical stature to pull off looking like the son of Zeus helps– which is nice.

As far as story , screenwriters Ryan Condal and Evan Spilitopolous pen a masterful retelling of the myth. Not only have they justified the existence of centaurs and the Lernaean hydra (watch the movie and that’ll make sense), but they have crafted centuries old ideas into a feasible, coherent story that emphasizes the people behind the legend.

Now if someone can only do that for the Bible…