Injustice is my favorite fighting series this side of Def Jam: Fight for NY, so I was excited for this one. I’ll give DC FanDome credit where it’s due: they seemed to have learned lessons from the recently ambitious but problematic ComicCon@Home, which frequently resembled a local PTA Zoom meeting with a bit of geek culture flair. DC has upped the production values for their digital Con, with moderators frequently using more professional cameras, the use of visual overlays and presentations as people are talking and much better overall production value. The exception for this panel was writer Tom Taylor, who sounded as if he was broadcasting from his local parking garage on someone else’s stolen WiFi network that’s a block away. Guess he didn’t get the memo.

As a panel, Geoff Keighley had a really bad habit of obviously looking far off to the side of camera to blatantly read his intros and questions, which got really distracting. Just put the notes above your camera, my friend. Mortal Kombat creator Ed Boon clearly used this approach, as he obviously read things he’d had planned here and there but was much more natural and engaging while doing it. 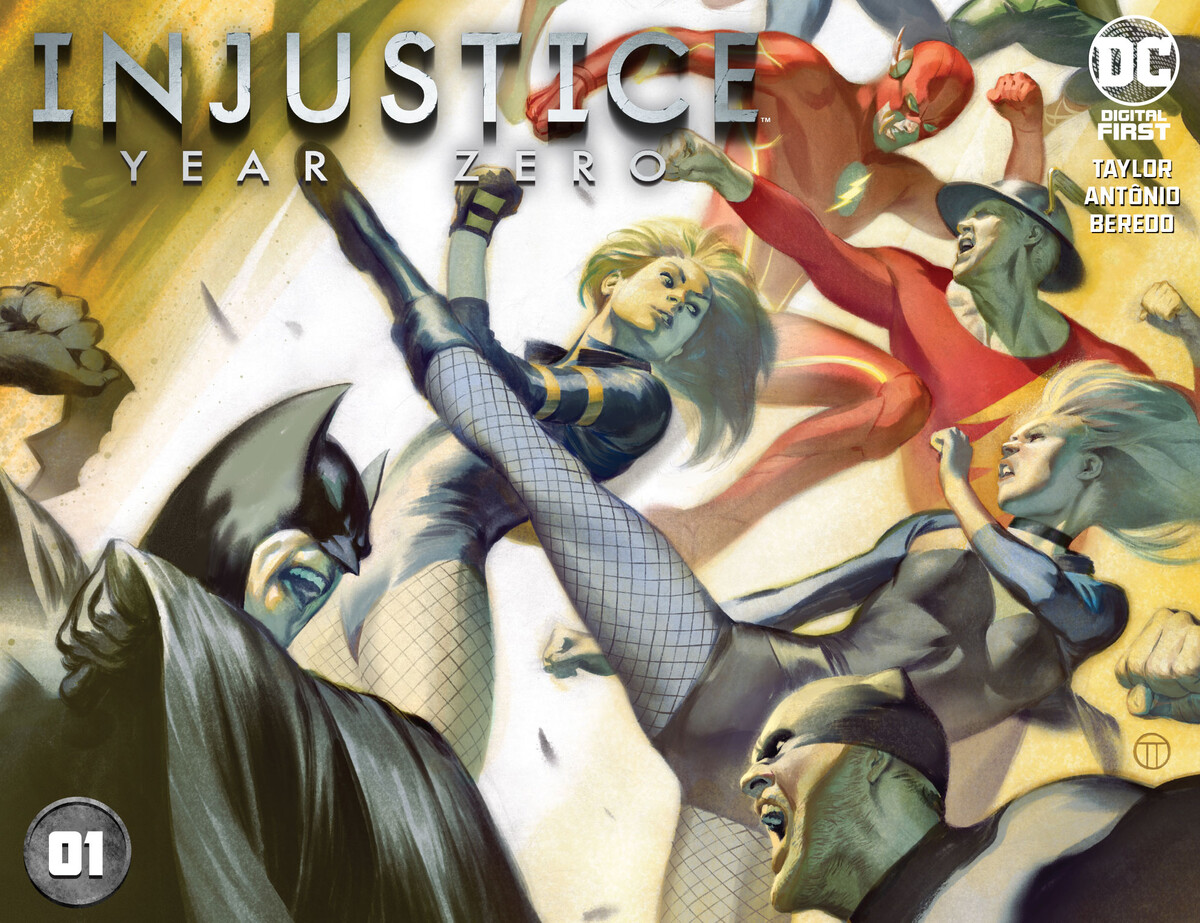 As expected, not a lot of new information here for a game that’s already several years old, and Boon was specifically asked about an Injustice 3 and said he’d love to answer something but had absolutely nothing to say on the subject. Seems like a weird panel to put together when there’s not even a hint of anything new in the pipeline. One interesting note was how Dominic Ciancialo had to adjust his writing of Injustice 2 because Taylor had gotten so liberal with killing characters off in the Injustice comics, forcing NetherRealm to adapt to preserve continuity. Boon explained how on the first game he basically played Dana White (my words) by presenting the writing team with fights that must be in the story (Batman v Batman, Batman v Superman, Superman v Superman, Wonder Woman v Flash, etc) and the creative team had to write a story justifying those required bouts.

Lee said DC was thrilled that the games implemented the Multiverse concept and were slightly jealous of the design freedom NetherRealm enjoyed in the visual presentations of the heroes and their powers. Boon also confirmed that the whole journey started with the much maligned (but I’d say underrated) Mortal Kombat vs DC Universe, and that game got them thinking about how DC was perfect for a story-based fighter all on their own. (They were right.)

They briefly touched on the two mobile titles — with Boon saying the mobile games had grossed over $200 million dollars, ugh — but there wasn’t much to say there but to brag about its success. One interesting tidbit was that Joker in MK11 was inspired by the Joker film coming to theaters at the time, with NetherRealm approaching DC/WB to get him into MK and then having fun basing a lot of his dialogue off of interactions that occurred in MK vs DC.

All in all, an enjoyable panel let down by the lack of any new announcements or material. 4/5 Bibles.