But, before we get into a pair of Iron Man comic reviews, a crazy twist involving our favorite Shellhead happens in one of this week’s other popular Marvel titles. To say anymore would be a shameful spoiler, but I can promise you that we’ve never seen the Iron Man quite like this…

Thankfully, Tony only plays nice with the intergalactic evil of Iron Man #9; for, his interactions with Death’s Head alone are worth the price of the $2.99 admission. This prime minister of popular nerd culture has had a rougher than imagined time with writer Kieron Gillen’s take on the Armored Avenger thus far. Plotlines have gone from Mr. Stark thrown to investigate some reborn Extremis-toting foes, to all-too-unlikely — and more uncomfortably — gladiatorial battles, and setting off from Earth to the deepest depths of the Badoon empire. Uh-huh, space.

Stark and sci-fi go together like Namor and land.

“How can you make jokes,?” sparks Tony towards one of the issue’s many multi-layered robot personalities. Hey, even Iron Man himself feels the discomfort of this newfound element. Tony’s lighthearted devil-deal turned awry should provide readers with some heavier than usual intrigue for the title, particularly with a such yet-undiscovered family secret. And much like last week’s awesome Guardians of the Galaxy #2 (our Parish Pick for last week), there’s more breathing space between Tony and his new team.

longer does it feel like Stark is only in space to “sell records.”

While issue #9 only prologues — and prolongs — the promised dark origin, Gillen’s tighter plot along with new artist Dale Eaglesham’s improved pencils make the Iron Man title a must-buy again. Oh, not to mention, Pepper Potts keeping communication alive with Tony from afar is a nice touch, especially when you can see the other side of it in other titles, like Uncanny X-Men. 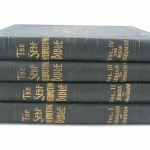 Whenever a Marvel movie comes out, it’s expected to see a heap of character-related titles slay the local comic shops. Fortunately for Gillen’s normal ongoing, there wasn’t a need to rush out anything Mandarin-related considering Matt Fraction handled those same stories just fine last year. Unfortunately, there’s a couple of unnecessary distractions that will corrupt those of the overly “Iron Man 3-obsessed”.

Call me one of them.

Sure, it’s a nice gesture from Marvel to invite a pair of the finest — if not best — Iron Man auteurs to continue their classic Armor Wars run with Iron Man #258.1. As if this .1 stuff isn’t already painful enough, the book’s plot, artwork and script feel too much like fluff compared to the modern day takes of Fraction and Gillen. Having recently read a boatload of David Michelinie and Bob Layton’s Iron Man adventures from the ’90s, I’m pleased to tell you that they still hold up pretty wonderful. For whatever reason, though, there’s just too much of an apparent disconnect whenever old school writers try to emulate modern sensibilities (see: Chris Claremont’s X-Men Forever).

Picture Tom Selleck as Tony Stark, Carl Weathers as James Rhodes, and Vanna White as Tony’s Freak of the Week, Rae. Oh, and Susan Somers as the nerdy-Oracle-slash-Felicity-secretary-brain-person.

So, never mind the poor Hollywood casting analogy. While I’d liken this mini-series to month old artichoke dip, some fans of the balder, grayer, and guttier kind may embrace #258.1 with all their heart.