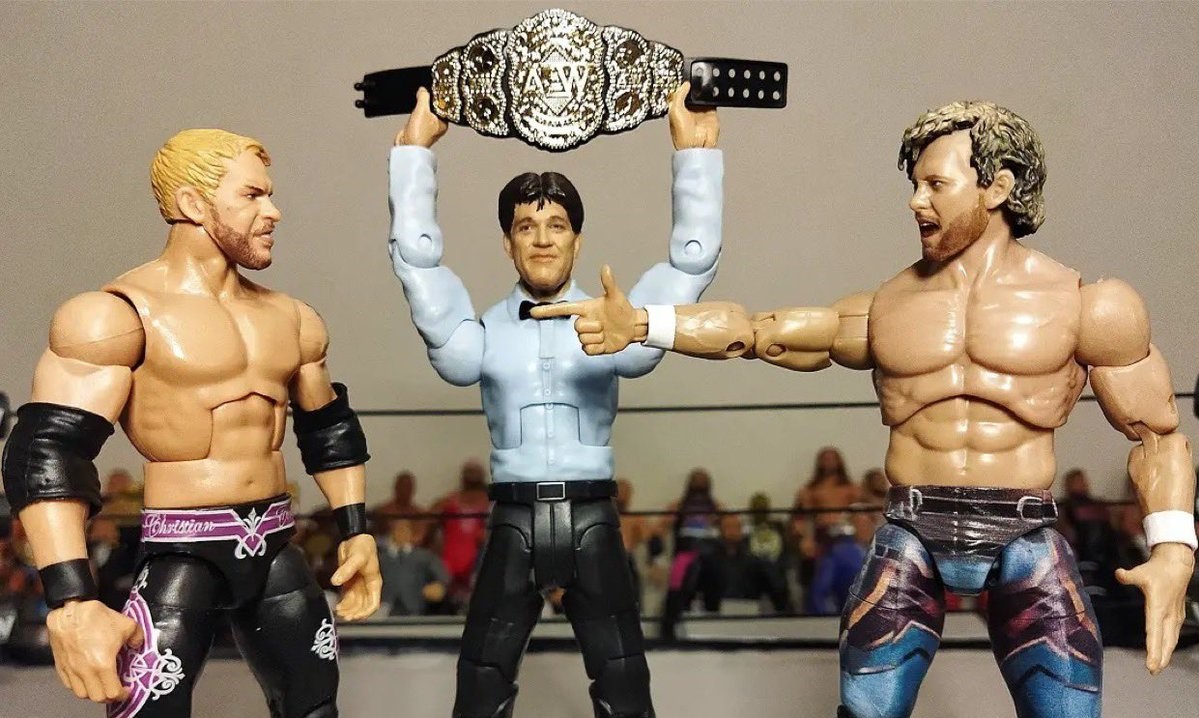 Good news for action figure fans who adore their action inside the squared circle, too. Jazwares’ AEW toyline is a hot one, and company head Jeremy Padawer didn’t shy away from using AEW All Out weekend to stream a slew of wrasslin’ reveals yesterday, dubbed Jazwares Fan Fest 2021. You can watch the video just below, and even lower, your boy T-Moody shares insight — and Whiskey scores! — on everything shown at the digital “Fan Fest.” Ding, ding, ding! 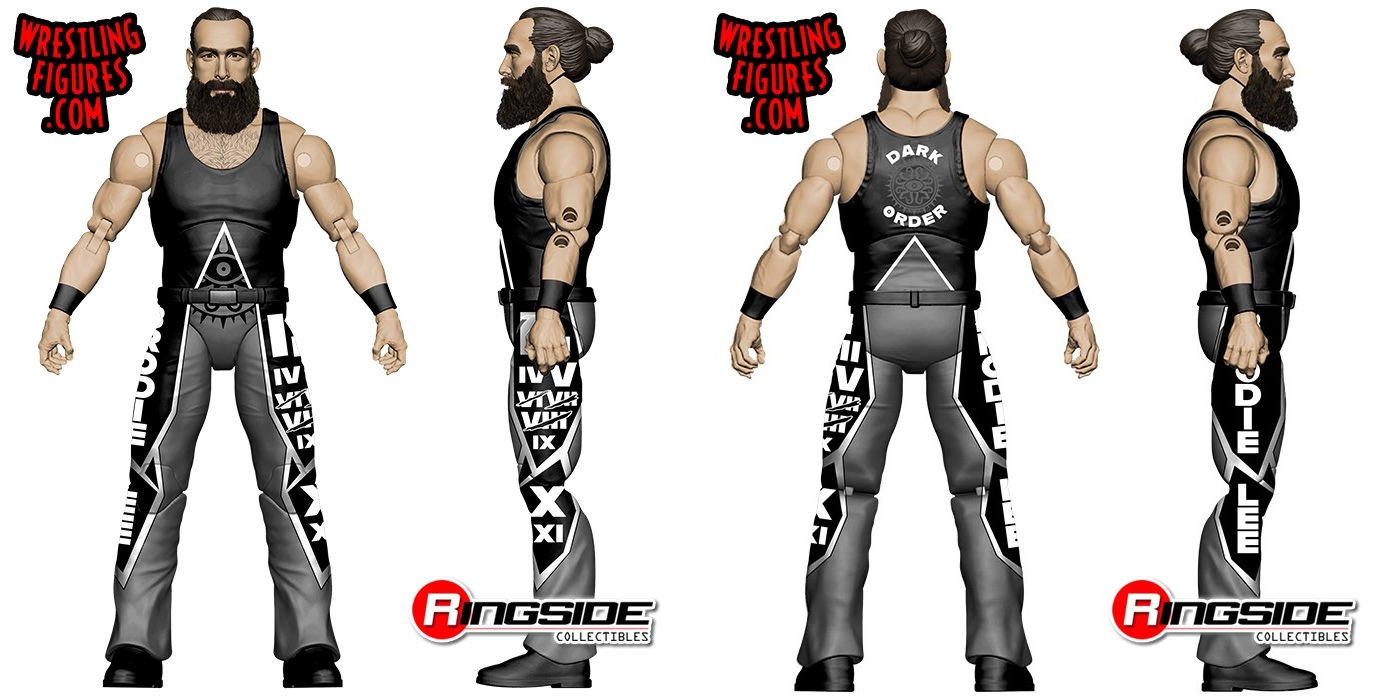 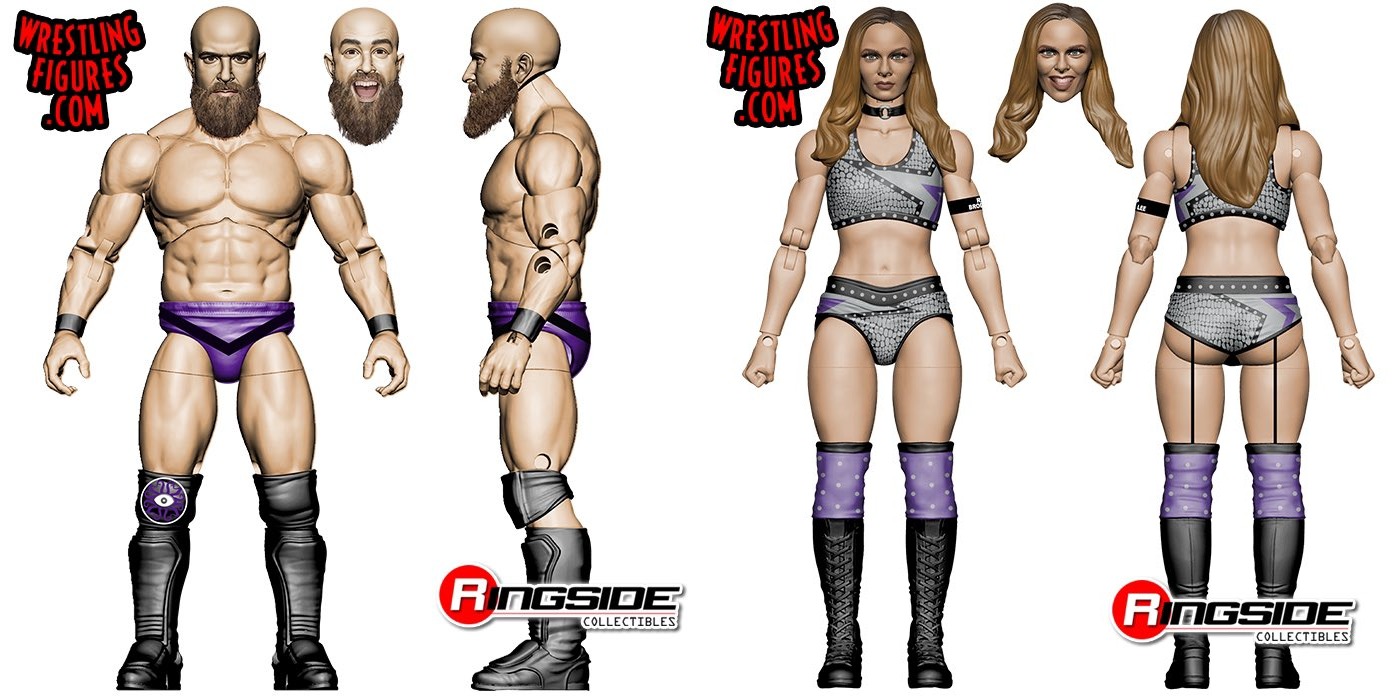 LJN Darby! It isn’t for me, but happy for those who love their LJN; I was always a Hasbro WWF collector… The Brodie Lee is stunning. I do wish it would include his “Exalted One” entrance coat, but we’ll see. Evil Uno and Stu Grayson (the former Super Smash Bros) look great; Anna Jay render is sexy, akin to her bestie Tay Conti’s toy; and John Silver‘s alternate head is perfect, while the regular one looks like a castoff from Far Cry 5… 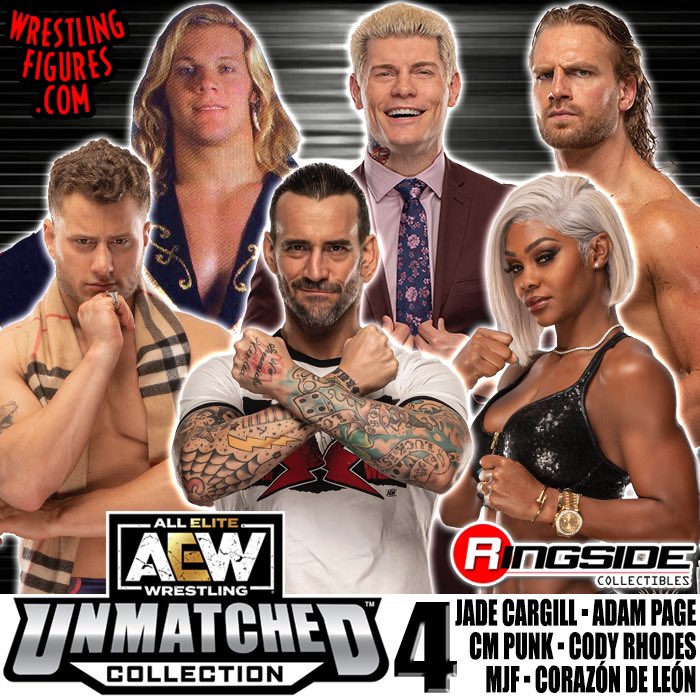 Good luck finding any CM Punk figure for under $100 ever! Maybe far higher as far as scalpers are concerned! Imagine a Chase? $10K? Hell, even those Punk t-shirts with the ringers are going for big bucks. The Mexico Jericho is a fun, surprising look… and Biz Suit Cody is just another option for fans who can’t find one. Like my guy Robo says, you can “pass it along” if the toy doesn’t tickle your fancy… Jade has had only 11 matches (and it seems like 3), so getting a figure already is somewhat startling, but somewhat not since she already has the look of a tremendous toy! Also, please fix Hangman face, Jeremy! (Although I already kinda know the answer to that one… sad face emoji​) 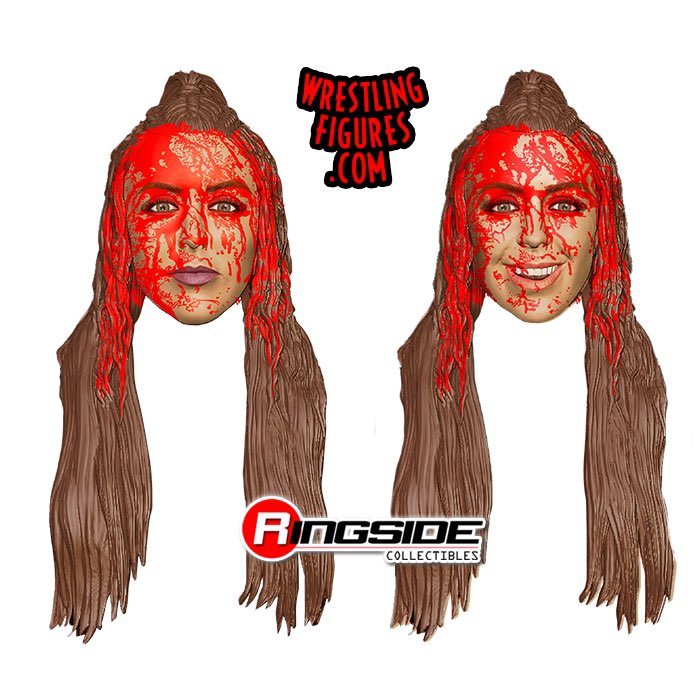 “This is awesome! This is awesome!” Just a shame that it took a head full of blood to get us a real solid Britt sculpt. She’s far and away my fav female wrestler in AEW (maybe only 3rd or 4th to Io, Asuka and Becky overall), so here’s to hoping we can get the same face for the D.M.D. sans blood… 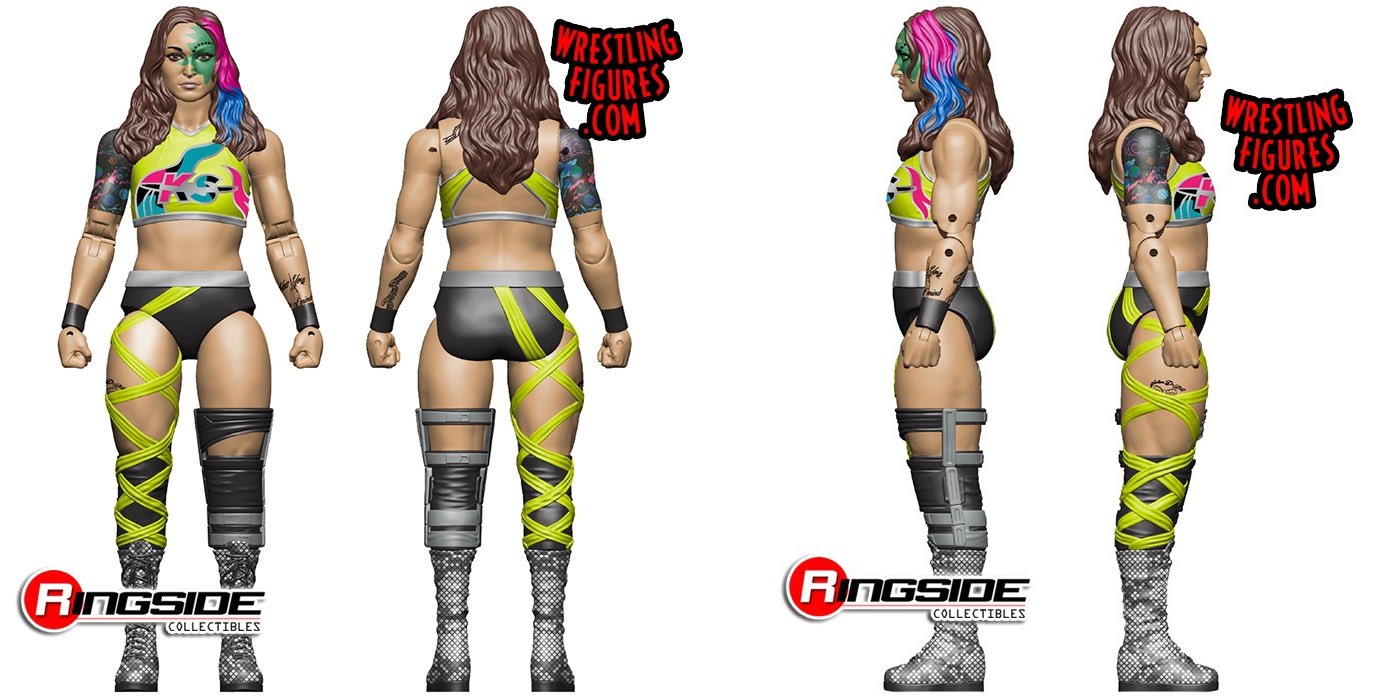 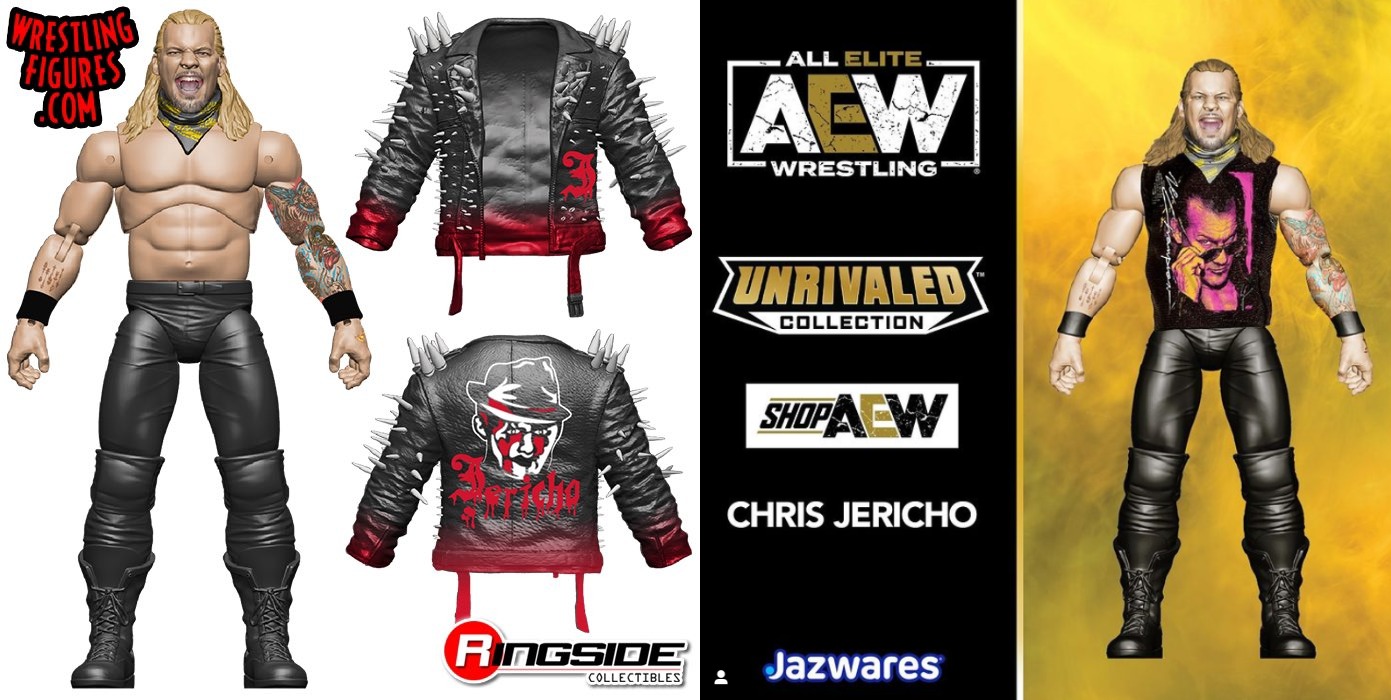 The Statlander pre-render appears to continue (mostly) strong female figures in the line, while Trent‘s is spot-on, but O.C. continues to have a poor sculpt (despite wonderful gear). And WTF is that look on Chuck? If anyone needed 2 sculpts it was his figure. The Painkiller Jericho head sculpt continues to be a one note look, but the wardrobes in the past few have been absolutely killer. Yeah, baby! 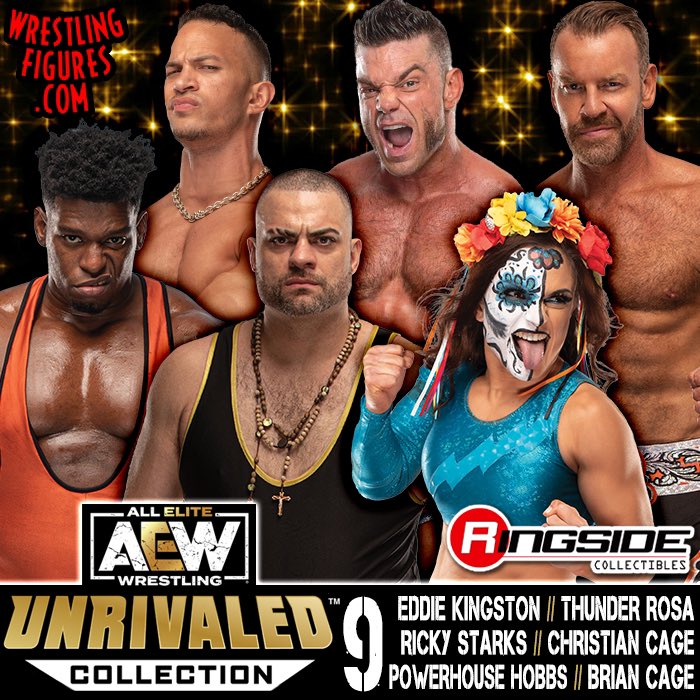 What can one say about the announcement, other than “awesome” and “hope they’re good!”?!? I’ll def buy Rosa, Eddie, and both Cage’s if done correctly. That’s a big “if”…

Oh, these head sculpts… I’m not sure what’s happening with Jazwares, except that one can only assume they are happy with the sales of their AEW figs and pay little (to no) mind to the fan comments. Go look at these reveals on Instagram, Twitter; there are similar concerns about the face scans. Is Hasbro’s superior “photo real” technology (seen on their recent Star Wars and Marvel Legends figs) a costly one? That’s my guess, and it’s pretty sad that Jaz won’t adopt the technology despite the sales. These Moxley and Omega faces are horrendous.

YES! YES! YES! Only thing better than this would be a Bryan Danielson Wrestling Buddy… OK, a CM Punk Wrestling Buddy… But, seeing how I had the O.G. California Surfer Sting Buddy as a wee wittle moody… it’s gonna be hard to resist battling the Walmart scalptrain for this one.