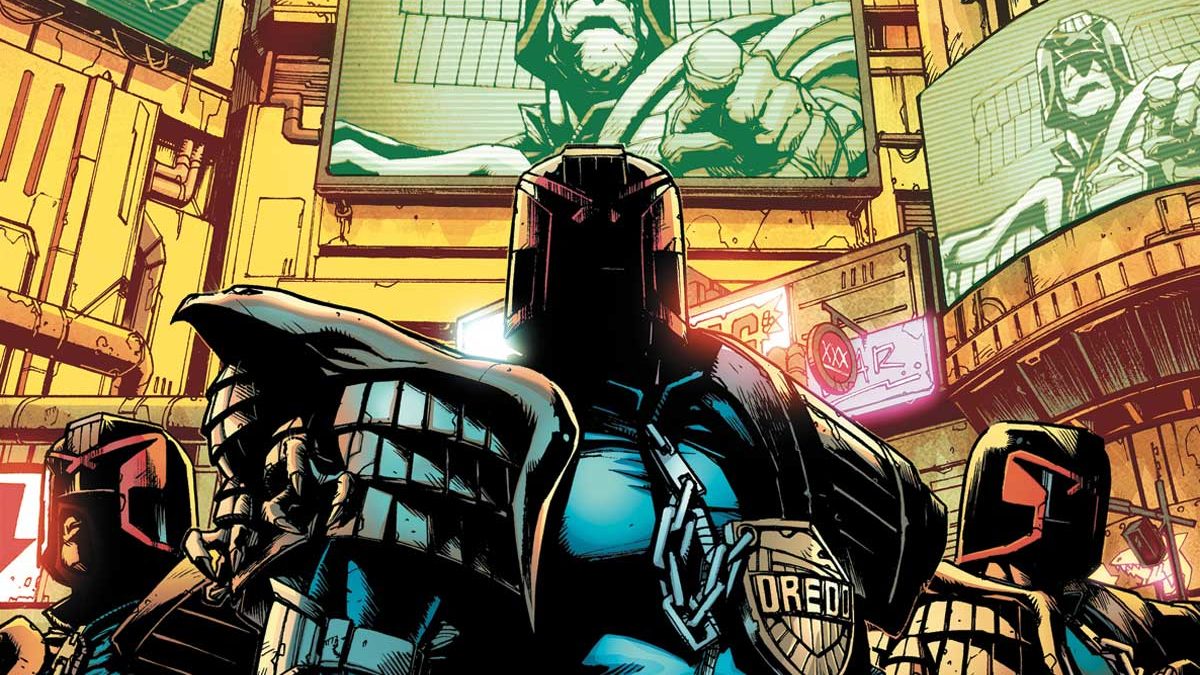 The story of Justice Academy washout and courier of illegal goods to the wealthy of Mega-City One, Mathias Lincoln, continues.

During his crisis of conscience about his unbeknownst delivery of a bio-weapon last issue, we get to see flashbacks of his childhood among the mutants of the Cursed Earth, outside of the Mega-City. We also see Dredd deliver a very blunt and very brutal warning to a hate-mongering right wing news network, whose dog whistles have incited violence against immigrants arriving to Mega-City One. 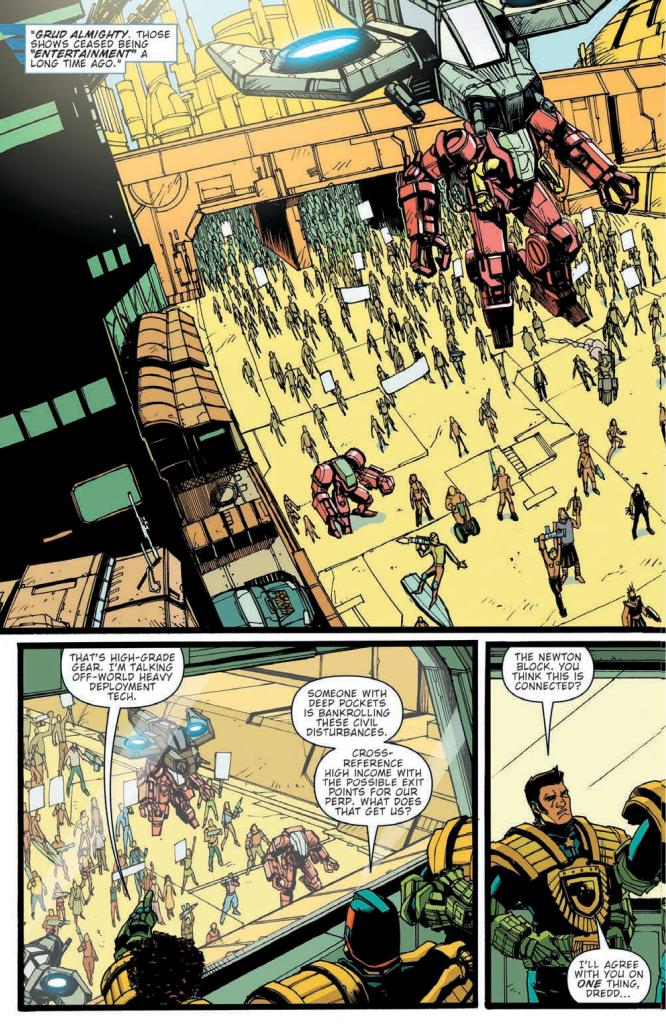 Writer Brandon Easton, artist Kei Zama, and colorist Eva De La Cruz pull no punches at all. Between the razor sharp political commentary, the raw emotion of the facial expressions during some brutal death scenes or the palette of the dry wasteland flashbacks, this creative team shows that, despite life being dangerous in the wrong section of Mega-City One, it’s even more so out in the wastelands beyond these walls.

Easton has always adhered to the most important — yet unspoken — tenet of science fiction: to use these fantastic tales to speak of the human condition. In this one issue, he’s proven to be a master of that philosophy. 5/5 Bibles.

DC Comics was smarter than Marvel when it came to their alternate universe. When Marvel created the Ultimate Universe, they had a wonderful start, but didn’t know how it would finish. It was supposed to be a universe without a past, but it quickly started to become a universe with a past. The Earth One volumes are a great first, second and third act to an alternate universe where we get the full affect. 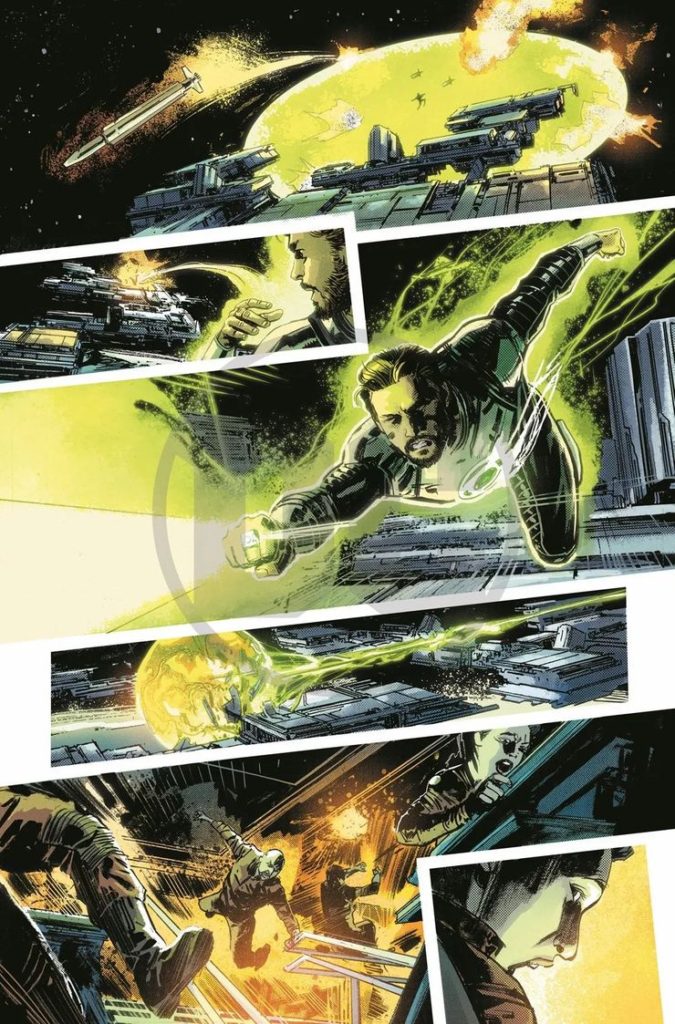 With Green Lantern: Earth One Vol. Two, Gabriel Hardman takes us back into the alternate universe of Harold “Hal” Jordan and introduces us to a new take on the Yellow Lantern Corp. A yellow ring that was developed by a banished guardian as a more powerful alternative to the green ring.

In this universe, the rings aren’t based on emotion but just pure power and sometimes a new battery is more powerful; so when newly introduced Jonathon Stewart becomes the yellow lantern of Earth, he’s not evil, just more powerful. The art by Corina Bechko is beautiful. It is very crisp, clean, and realistic with a pulp flair. Her Hal Jordan is a soldier in a uniform, and it shows. 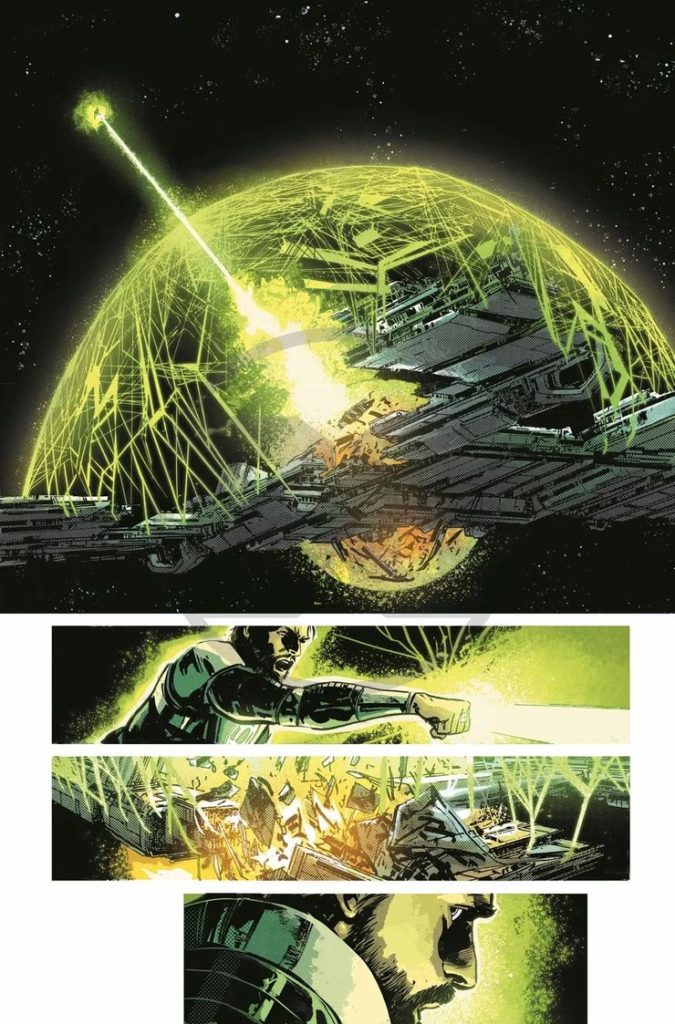 GL:EOV2 is a very good book and the art gives it a “read again” factor because Bechko puts so much into each page that you might miss something the first go-round, but there is something missing from Hardman’s Jordan. He’s not the cocky flyboy and while that might have been his intention; the cockiness of Jordan is a staple of the character and is something that seems to be missing from the book.

That being said, there is a real human element to Stewart. He’s not the Top Tier Lantern we know and love but someone who only got “15 minutes of training” and that humanity shows through. 3.5/5 Green Bibles.