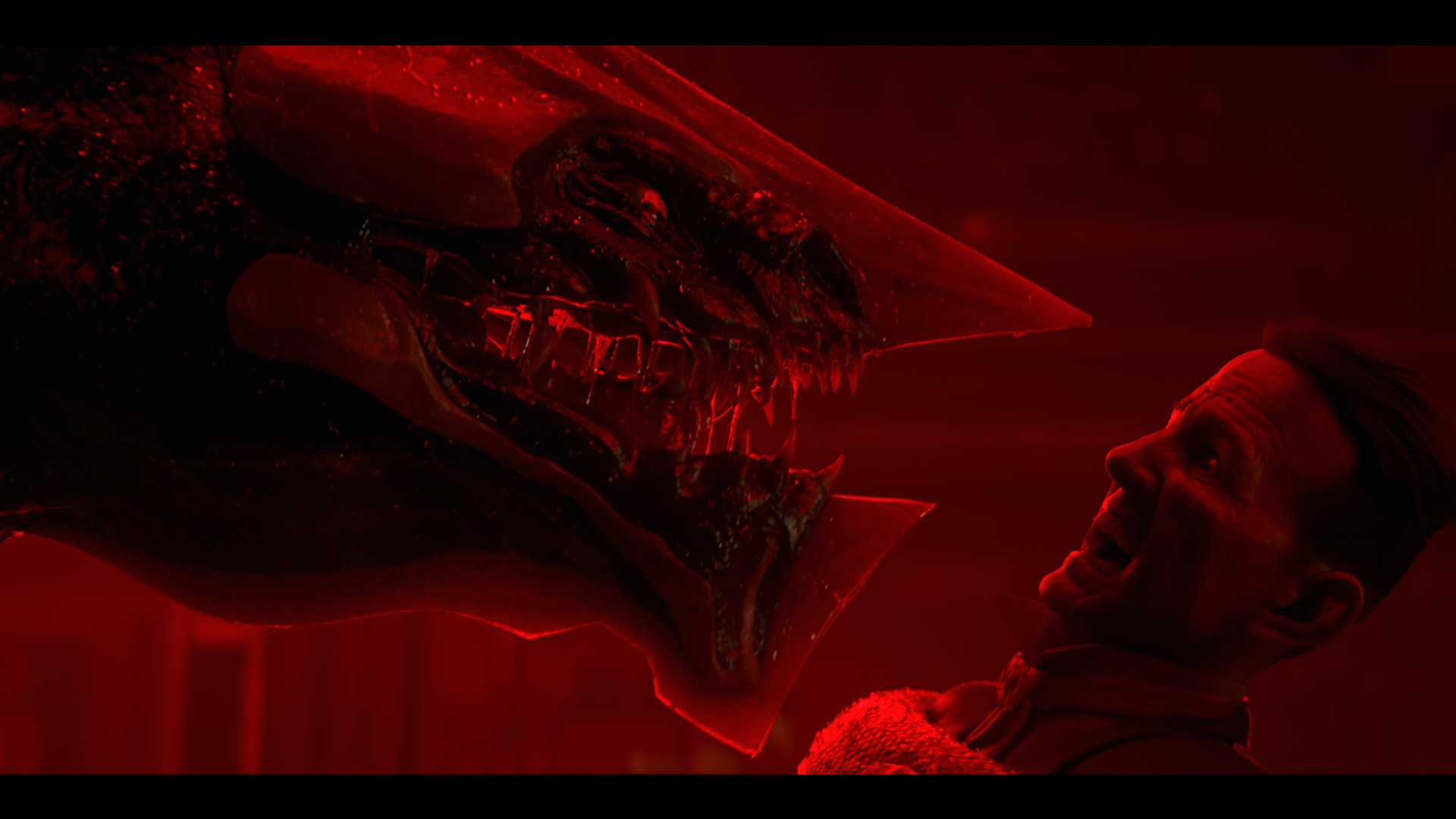 With Netflix’s exploding interest in anime and animation in general in the years to come, Love, Death & Robots is some of the most adult programming the streaming platform has ever provided; animated or otherwise…

Infusing gruesomely dazzling concepts that deliberately teeter between the science fiction and horror genres, Love, Death & Robots is this glorious presentation of different animation styles scattered across 18 animated shorts. With a spoonful of humor provided by series creator Tim Miller (Deadpool) and overseen by executive producer and thrillingly creative mastermind David Fincher, LD&R is a fantastically impressive anthology worthy of anyone’s viewing habits; no matter how sporadic they might be.

The cast for this ambitiously delicious project is an eclectic mix of unknowns who have probably worked behind the scenes on some of your favorite animated TV series and films along with familiar voice actors and recognized actors. Storyboard artists for the likes of Batman: The Killing Joke, The Venture Bros, and Young Justice, visual effects artists for Regular Show and Naruto, animators for Kung Fu Panda and How to Train Your Dragon, and the art director for Spider-Man: Into the Spider-Verse are all involved and sometimes worked on nearly everything mentioned. Voice acting includes Nolan North (Uncharted), G.K. Bowes (Berserk), Michael Benyaer (ReBoot), Maurice LaMarche (Pinky and the Brain), Matt King (Netflix’s Baki), Kevin Michael Richardson (The Batman), Carlos Alazraqi (Rocko’s Modern Life), Jill Taller (Spongebob Squarepants), and John DiMaggio (Futurama).

Originally intended as a theatrical reboot of Heavy Metal., the overall consensus is that viewer’s favorite shorts from Love, Death & Robots should be fleshed out into their own full-length films — not unlike that of director Neill Blomkamp’s (District 9) experimental and independent film studio Oats Studios. Oats relies on YouTube and Steam to hopefully get full-length films funded based on their shorts. Love, Death & Robots boasts contrasting animation in each of its shorts, but it does seem to cater to CGI over a traditional style. Animation should shift from computer generated to a more 2D or hand drawn style in future seasons.

Everyone will have their favorite short or series of shorts from LD&R, but it does seem like the first nine shorts are better than the second half overall. Fish Night is such a simple concept that is animated beautifully and is one of the most visually unique shorts of the anthology. Good Hunting combines magical shape shifting with the grinding cogs and robotic infatuation of steampunk with a sexual backbone. Sonnie’s Edge is a bloody introduction of what you’re in for and Beyond the Aquila Rift will leave you drooling for more intergalactic nightmares. My personal favorite is Three Robots, which easily provides the most humor and memorable characters you crave to see more of.

Some shorts like Ice Age seem to be nods to classic anthology TV series like The Twilight Zone while others like Helping Hand and Three Robots pay homage to the likes of Alien and Terminator; even Aeon Flux comes to mind on occasion. There are common themes of left arms being wounded and cats seem to play an important role throughout. While sex and nudity are mature elements that aren’t shied away from, Love, Death & Robots is noteworthy due to its inclusion of an overwhelming amount of dicks (soft, hard, or otherwise).

You probably won’t love all 18 shorts, but even with its shortcomings its storytelling is consistently captivating and it never fails to intrigue. Love, Death & Robots is explicitly obscene in the most entertaining of ways. It’s bold and grimy animation that will chew you up and spit you out while you sit there with a black eye, a few less teeth, and a smile on your face eagerly anticipating another thrashing. 4.5/5 Post-apocalyptic, mecha adoring, soul-sucking, dump-dwelling, werewolf-loyal, history altering Bibles.