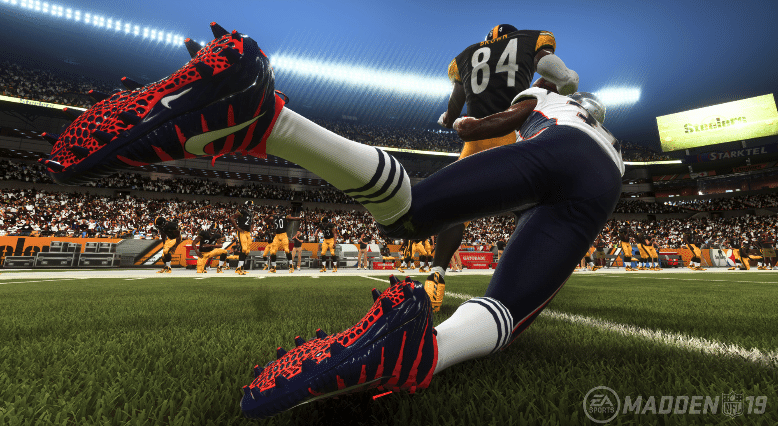 It’s Madden Season again! Madden NFL 19 is here! Every year, Electronic Arts claims big changes to their much heralded franchise, and this year EA Sports delivers in a few areas, making improvements to Madden‘s man-to-man defense, zone coverage, and run blocking. If you’re a hardcore player (hell, you’d be embarassed for me if you saw my actual hours logged in with each year’s installment), these upgrades are significant.

The QB scrabbling problems from last year have also been cleaned up in addition to other physical movement thanks to the new Real Player Motion. The sprint function has also been fixed, so if you hold the button down for too long it will be pretty tough for you to run the ball and make a cut; you really have to follow your blocking, or.. crunch. The plant, hesitate and one-cut moves are a tricky exercise but ultimately reward players who put the work in. And to pass the rock for ’19, players must read The D and any soft coverage; improved catching techniques won’t save every bad pass, but they’ll more often than not accept the challenge. Tackling is better; you can’t hit stick some Wide low and just assume they will fumble. To make ’em quirm that pigskin, you’d have to hit stick them high, otherwise no dice.

Press coverage is better compared to other, earlier versions of the game. With improvements to the CFM (Connected Franchise Mode), football managers won’t earn regular XP to upgrade your players’ specific attributes; the XP earned this time around is turned into tokens used to upgrade multiple skills at once, albeit randomized. Archetype Progression can be a huge problem for players looking to scheme up a style for their team, if players are randomly assigned points to skills that don’t reflect your coaching goals. 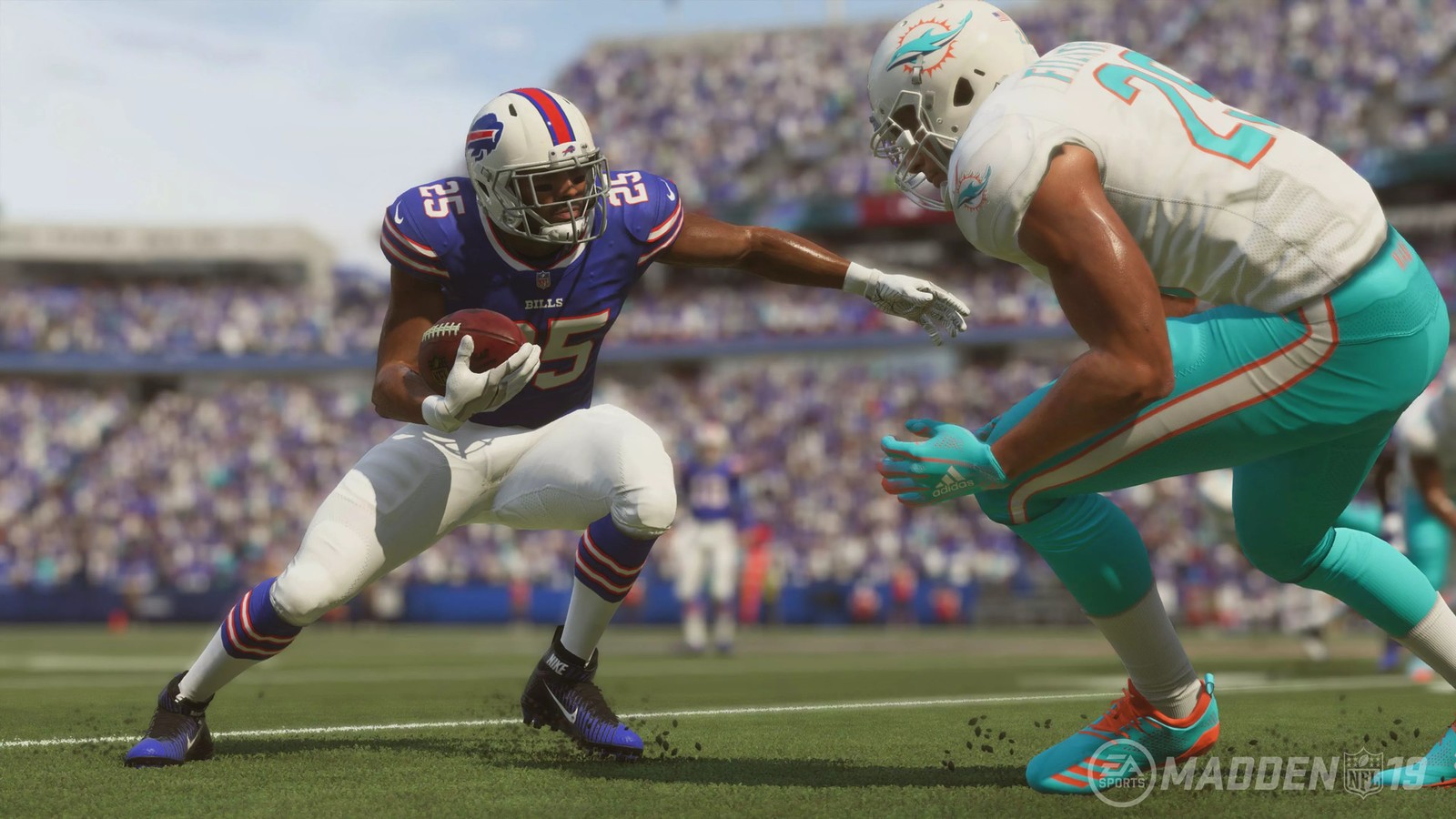 Speaking of direction — or lack thereof — Longshot is back with Homecoming, a continuation from last year’s story of parallel pals Devin Wade and Colt Cruise’s NFL attempts; Devin gets drafted by the Cowboys and Colt’s still trying to get signed by team. (Editor’s Note: See, if we still had the NFL 2K series, we could be talking about a subplot with Colt jumping on Vince McMahon’s new XFL! -Moody). Also, sadly, the major difference between this year’s story and last is that your choices made in the first season have no carryover. Eh. While the story is fine and has funny ass Texas high school football commentary, the sequel could have been handled a lot better; instead of choices to make ala Telltale/Mass Effect, this time we are only just playing to play.

This year’s Frostbite engine also looks great in 4K on both the PS4 Pro and Xbox One X, as it should. And our “Monsignor” Moody — who’s yet to play the game, surprisingl — will be thrilled to know that pre-game and halftime shows have improved and look tight with a surprise appearnce from former ESPN/now WWE Raw guy Jonathan Coachman. Overall, Madden 19 is a great game that finds EA improving their core gameplay and reducing many of their errant throws from the past. 4/5 Bibles.