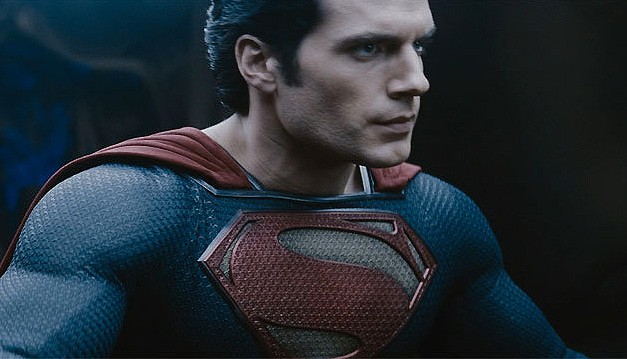 Man of Steel is science fiction drama at its very best.

That statement may sound a little bit odd to you, considering the “Man of Steel” — Superman — is a superhero. And, by most accounts, superheroes punch out bad guys. They solve crime. They deliver a sense of safety and protection. They give us someone to trust.

Superman, the superhero, has always been known as this sort of extraterrestrial gift from God, a gift from the sky. He’s an icon, an idol. A savior. Perhaps even a martyr.

The problem with Superman, however, has always been our perception of him. It doesn’t help that the Justice League frontman has often been portrayed as a two-dimensional stiff. Supreme in every imaginable way, he’s a paragon of virtue and seldom screws up. And, his form of justice is a different shade of cave-ridden, unlike his bitter rich half.

No, Superman’s flaw has always been that he has no flaws — exactly the type of perception Man of Steel director, Zack Snyder, and producer, Christopher Nolan, attempt to alter. Successfully and most convincingly, they do.

That’s not to say this Superman (played by the handsomely stoic Henry Cavill) is off playing Black Jack, sleeping around the penthouses of Metropolis, or getting his ass handed to him by mindless henchman. The Big Blue Boy Scout still plays it by the straight and narrow, despite having enough heat under those eyelids to bring down an entire legion of miscreants. What this Superman has that many previous installments haven’t, though, is innerturmoil. There’s a reason why Nolan was brought along to deliver the Dark in this legendary superhero’s lore, and why Snyder was just the man to make it all work.

Just mesh the director’s fantastical CG elements in Sucker Punch, hand-deliver the enchanting score-god Hans Zimmer to the threshold, and allow The Dark Knight scripter, David S. Goyer, to capture moments from great Supes comic stories (such as “Birthright”, “All-Star Superman”, “World of Krypton”, and, of course, John Byrne’s “Man of Steel”), and you’ve got yourself a dandy Man of Steel in a hand-basket. Dark doesn’t necessarily mean “cool,” either, my friends. Nolan’s Dark involvement merely equates to “smart,” since using such brilliant source material only allowed these filmmakers an easier go at telling the Steel truth.

And trust is the underlying moral dilemma that conflicts our hero throughout this movie.

Who is exactly telling the truth? Kal-El essentially hears these “truths” from two different dads, Jor-El of Krypton (an enjoyable Russell Crowe) and Jonathan “Pa” Kent (Kevin Costner at his best) — just in time for Father’s Day! — and one more concerned elder, if you’d like to count the nearly convincing, entirely maniacal General Zod (Boardwalk Empire‘s Michael Shannon). Then, there’s that whole trust thing between ace reporter Lois Lane (a terrific, albeit dirty blonde Amy Adams) and her future loverboy, Clark Kent. Can’t fault the guy for needing a shoulder to cry on, right? And, in order to take down the terrifying threat of Kryptonian criminals — as outstanding a threat as any in recent cinematic memory — Superman is going to need the trust of the US Armed Forces, too.

For those who complained that Superman Returns didn’t have any action — and justifiably so — you can now complain that Man of Steel has too much action. There are essentially three massively epic battles Superman has to endure in the film. Three! But some of y’all wouldn’t appreciate that level of epicness, anywho. Our Daily social media Planet headlines are out, and I’m coming across the terms “too gratuitous,” “too Sci-Fi,” “too serious,” “too restrained,” or my new favorite superhero movie review adjective “too comic-bookish.” Too yikes!

Before we get too far into any sort of defense mechanism for those reviews, allow the Rev to drop this bombshell on you for a minute: this man-alien lost a loving birth-mother, both of his fathers (who thankfully recur their roles throughout an assortment of wonderful flashbacks), and an entire planet’s worth of his own blood. And, you want cheesy quips? You want this dude to hold back? You want The Man of Tomorrow to spend his time saving kittens?

Superman deserved nothing less than this spectacular adaptation. Snyder and Nolan proved they can be a creative team with whom fanboys/girls (the real audiences for which these films are made) can comfortably place their trust. Maybe most critics aren’t human, and Kal-El isn’t the only one with this conflict about what it means to be a member of the human race. Maybe being human is having the ability to feel and desire. Maybe that human fear and desire is worth risking everything for…

Maybe this film is what they finally call Hope.