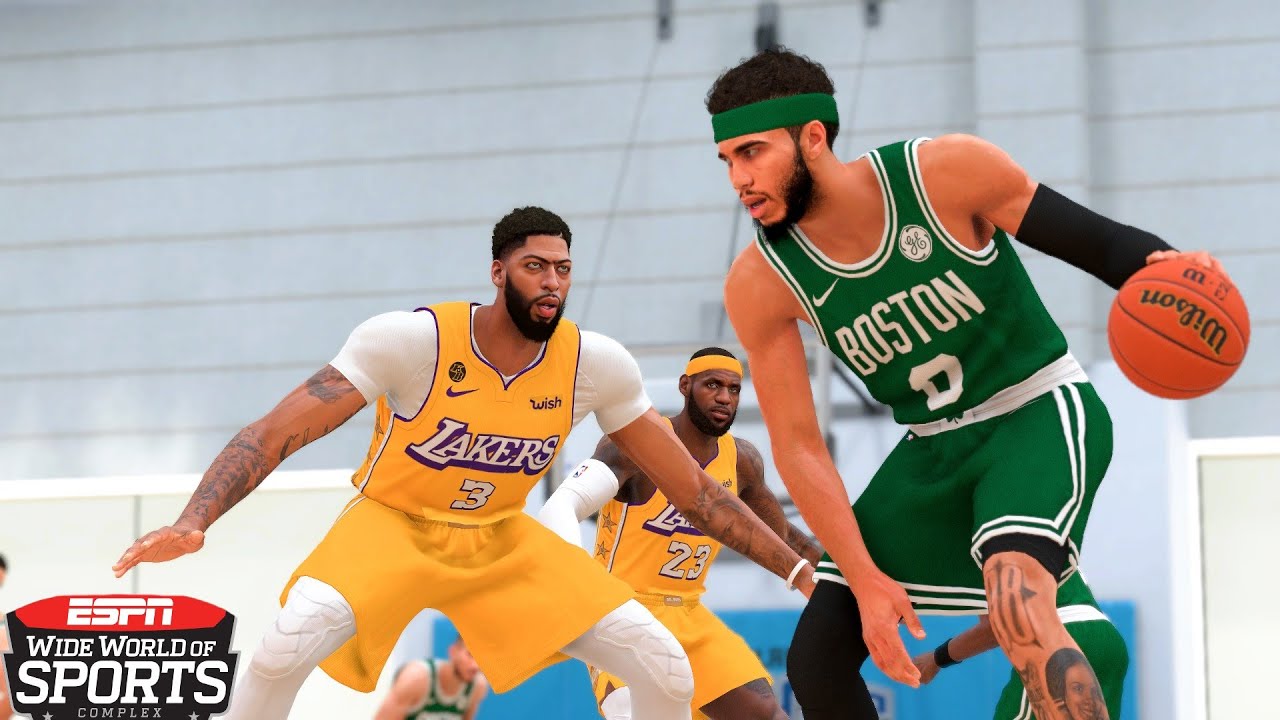 I’ve been covering the famed NBA 2K series for almost a decade, starting with NBA 2K13. That game has frickin’ Justin Bieber in it and I still graced the sports title with a 5/5 score. As years passed, NBA 2K14 was a slight step down with glaring omissions, but with LeBron on the cover the series still packed enough goods to be King, and NBA 2K15 brought back many of those modes and kept up with the consistency. Next up was NBA 2K16, with the Geekdom Gamescast co-reviewing the Steph-centric sequel, loving its improved playcalling, custom arenas and mind-blowing animations.

The next five years haven’t been so nice, but compared to its on and off “competition” — EA Sports’ often disastrous, oftentimes invisible NBA Live series — 2K proved to be a far stable option, with its cinematic MyCareer often shining through the murky blacktops full of microtransactions, failed servers and pesty bugs. NBA 2K17 was another solid entry, but so solid that we cannot find our podcast review. As for NBA 2K18, MyCareer was a bust, and this is around the time that “the grind” of boosting your MyPlayer (without paying for it) really got to people; but that year did add KG and Kobe (R.I.P.) on commentary, and threw in some cool cinematics to MyGM. In all, it was a solid 4/5.

Oh, these past two years tho. While I actually adored NBA 2K19‘s MyCareer Mode (teaming with Michael B. Jordan was dope! MyPlayer flat-out dominated at Center!), playing the 2K Hoops Summit, and Bill Simmons‘ genius guest color, the general consensus was not kind. I suppose I let the hate flow through me, and I just about skipped out on NBA 2K20. I let GHG’s Myke Ladiona and Dana Keels takeover the review reigns, and they both enjoyed the tightening realism of 2K’s core gameplay, its WNBA addition and the solid MyCareer/MyLeague modes that I.. barely touched. Despite 2K being in my Top 5 all-time favorite video game series, I needed a year off. I guess.

Enter NBA 2K21. With video game delays abound, having just finished possible GOTY Ghost of Tsushima, I needed something fun and quick. UFC 4 is solid, but not much of an addiction; Tony Hawk Pro Skater 1+2 is lovely, but seems more fit around friends who offer party-favors; and Marvel’s Avengers is solid superhero fun but has its own share of mindless frustrations. Thus I was hoping for something with this year’s 2K hoops title, and that something is the same.. thing. It’s literally the SAME THING. I’ve always been a 2K apologist, overlooking and ignoring any and all hate for the series since it has arguably been far superior to almost every Madden in the past decade. I’ve always been a proud 2K Hooper who was alright with its “if it ain’t broke, don’t fix it” mentality. Sure, the grinding and servers were often broke, yet I ignored those mishaps anyway. I loved escaping into the solid stories of MyCareer with MyMoody and the basketball gameplay year-to-year in MyLeagues simply could not be stopped.

But I’m playing NBA 2K21, trying a multitude of modes — even watching the season premiere episode of 2KTV to hype me up for this year — and it’s just.. all the same. I could have spent this entire review writing a “normal” review. Why though, when you can just read Myke and Dana’s write-up of 2K20 from last year. It’s virtually the same game from Virtual Concepts, so if you want to read the differences, away and here we go…