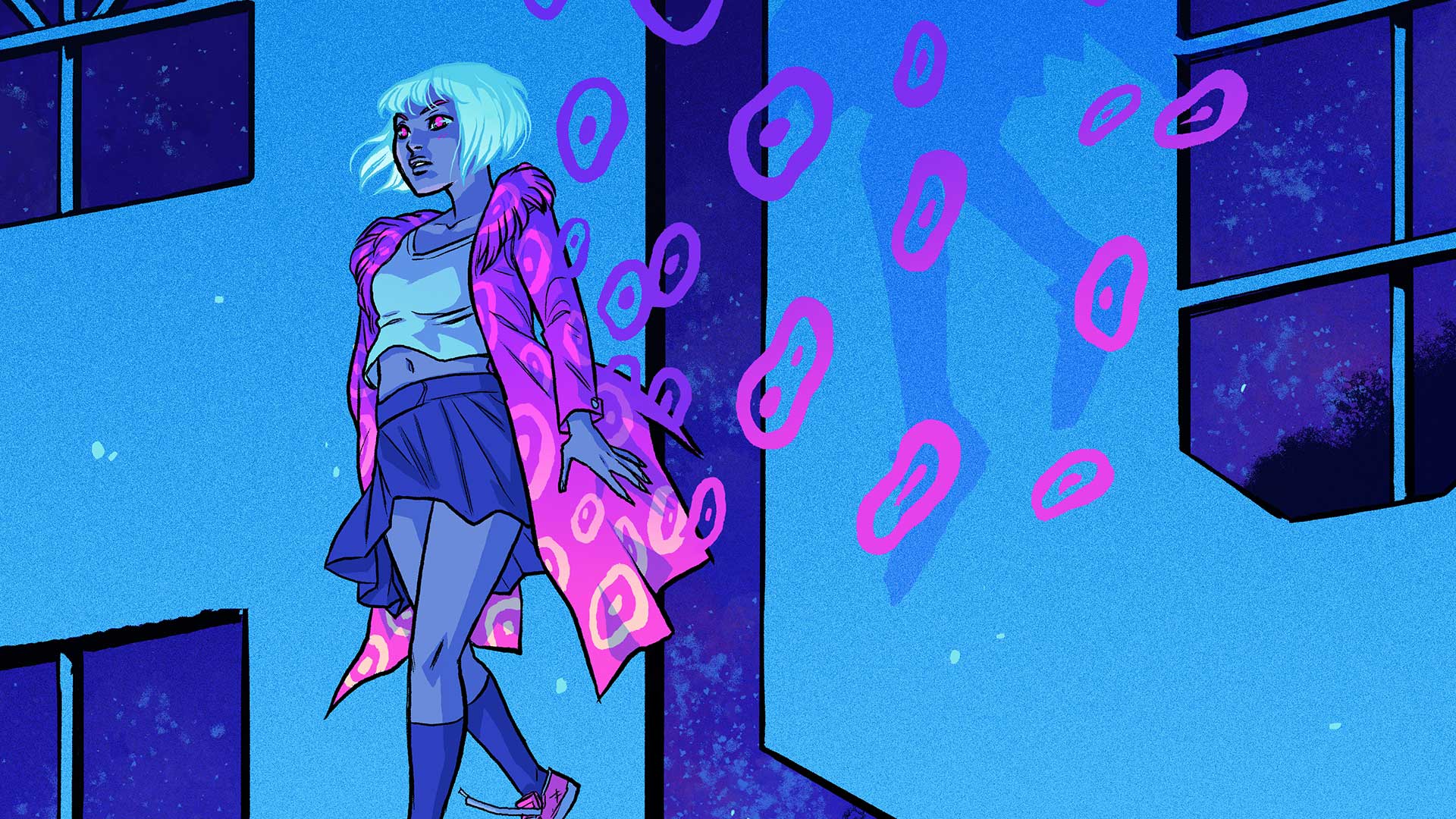 Happy Sunday, fellow geeks and geekettes. Winter’s thawing into spring, and with this change to warmer weather comes some new titles from some familiar names. This week’s peek spans space, time, and sanity itself, as our great writers tell you which upcoming titles are worth the use of your eye muscles.

When one door closes, another one opens. Robert Kirkman, fresh off his epic hundred plus issue run of Invincible, delivers his newest long form series, a crazy sci-fi action adventure drama filled with love, loss, monsters and mayhem. A decade ago, a large portion of Philly disappeared. Where did it go? To the Oblivion; a world filled with all sorts of weird creatures and monsters. The government did search-and-rescue missions for years, yet eventually stopped due to budget cuts and other bureaucratic issues. But not everyone gave up hope. 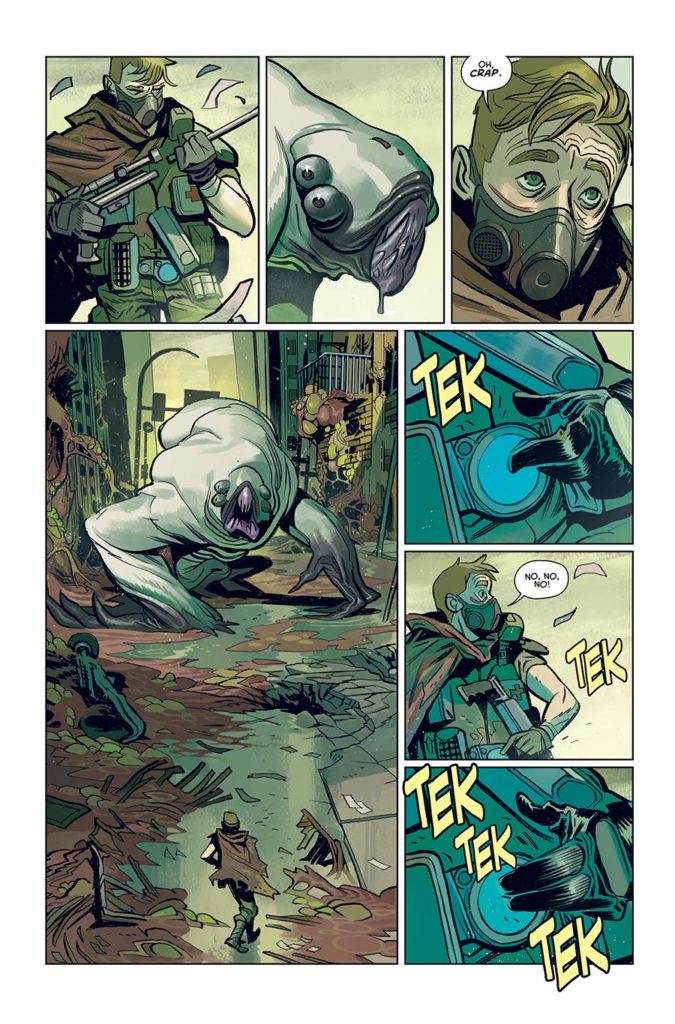 Visually, co-creator Lorenzo de Felici has crafted a grotesquely yet beautiful world filled with nightmare fuel for miles. Kirkman has grand plans for this series as well. Putting where his money where his mouth is; they are a FULL YEAR ahead of schedule on this series. No delays. No hiccups. Twelve issues in twelve months. Must be nice to have that Zombie money to cushion you…Hey! There’s even a super special edition of this comic that comes with a statue replicating the first issue cover–so that’s something.

The first issue doesn’t break any new ground, nor does it need to. It eases you into this new world and its cast. There’s a hook, a twist, and a very well-defined motivation, as well as more questions than answers given. Kirkman knows what he is doing by now. I’m sure this will be optioned for television or film sooner rather than later. 4/5 Bibles.

Gerard Way’s Young Animal champions the intelligent, creative, mature, and experimental and this title definitely fills the bill. YA novelist Cecil Castellucci’s writing is brilliantly poetic and full of emotion. The plot can be hard to follow — as there is so much ground to cover — but it is worth the careful read to be fully immersed in the dynamics. The trippy visuals provided by artist Marley Zarcone created a comic of serious eye candy. It all looks like a retro fever dream, pink and amber pastels, geometric shapes, with rainbows thrown in for good measure. The character lines are fine and well defined with an array of expression and varieties of differentiation between them, not a singular copy among them. Shade the Changing Woman is certified fresh and worth your exploration and subscription. 5/5 Bibles.

Back in a new spin-off series from the world of Black Hammer, is Jim Robinson, better know as Doctor Star. For those unfamiliar, Doctor Star, (created by Eisner Award winning team writer Jeff Lemire and artist Dean Ormstron), was a Golden Age superhero who has since retired, yet now struggles with and bemoans some of the personal and hero-centric decisions he’s made.

In issue one of Lemire’s continually growing world of Black Hammer, the readers get a bit more insight regarding Doctor Star’s sorrows as he looks back on his life focusing on parental missteps, war, his evolution into a superhero and potentially, some emotional absolution. What is most enjoyable about this poignant debut is yet while the creative team gives Jim a more established, melancholy tone compared to his previous attributes, they keep in the accustomed superhero tropes that made Black Hammer compelling and enjoyable to read from the beginning. 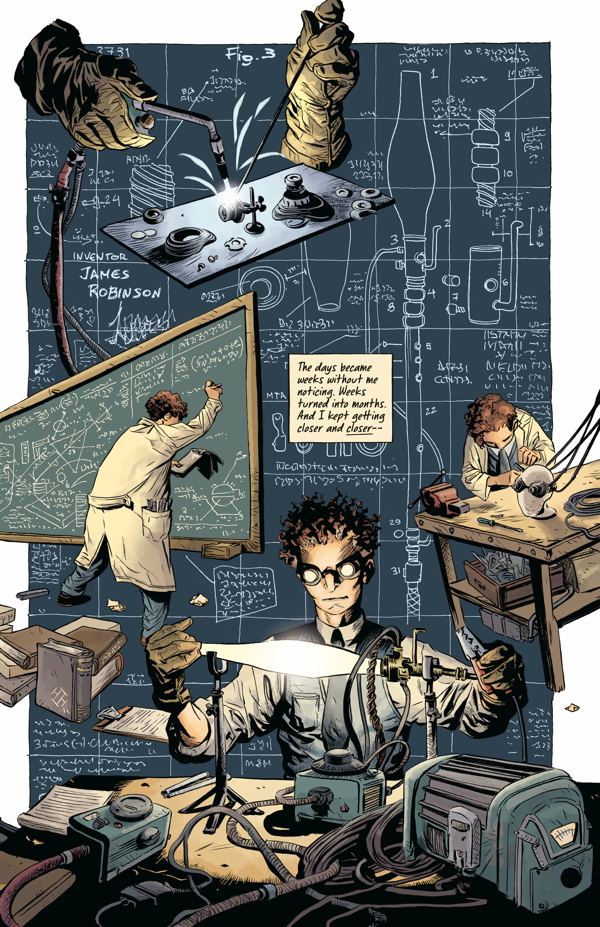 By now, fans of Lemire know his track record and won’t be disappointed. And while he’s written for many heroes, there’s something inspiring and endearing to see his experience, dedication and hard work continue into his own created universe of Black Hammer. Max Fiumara’s artwork and page design between two lifetime periods of Doctor Star goes from spastic overlapping fantastical wartime panels to empathetic understated expressions of exhausted looking characters that is perfect for Black Hammer regular, Dave Stewart, and his familiar colorization to pull us instantly back into the shared universe.

While Doctor Star and The Kingdom of Lost Tomorrows is part of already-founded characters and stories, it works as a standalone issue, as well, for fans of superheroes. 4.75/5 Layers of Dust.

Following up after Infinity Prelude, Gerry Duggan’s Infinity Countdown #1 actually takes advice from yours truly and boils down the story to focus on just two of gems. While an action-packed story, it’s basic and that is what saves this story. The art by Aaron Kuder is very reminiscent of Art Adams, which is a huge plus. I am starting to get a little intrigued by the story now seeing as how we might have a new housing for the Infinity Gems, that the power gem is now the size of a mountain and Logan no longer has the space gem, but who has it?

Well, let’s just say that a certain Russian spy, believed to be dead but really isn’t might just have the stone… it’s Black Widow. Black Widow has the space stone. This issue also gives us a Groot that can now speak; and quite eloquently at that. While there isn’t anything revolutionary about this issue, it is a fun read. If you are a big fan of collecting all of these mini-series, then run out and grab it. If not, then I would wait for the trade. 3/5 Bibles.