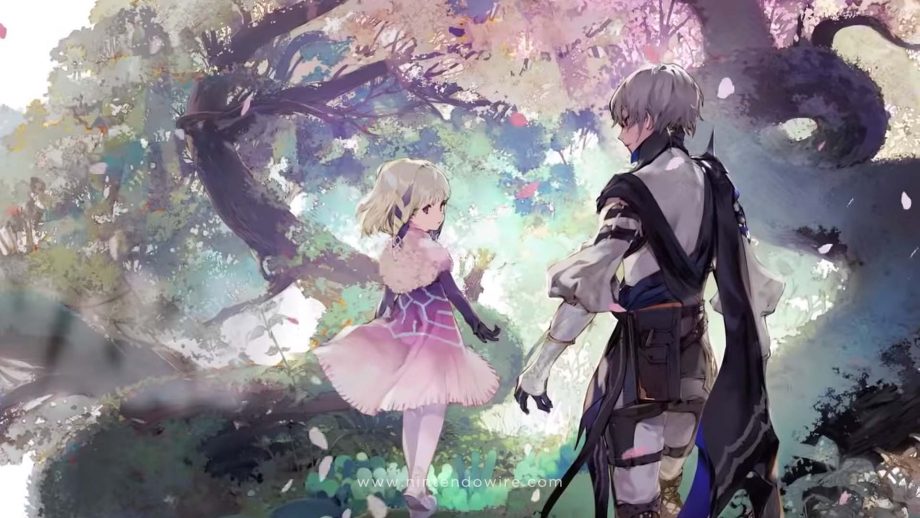 As a long-time fan of JRPGs, my experience with Oninaki has been a bit of a roller-coaster ride up ’til now. I’ll go into that more in a bit but for now, a brief explanation of the game for context: Oninaki is a Japanese action RPG brought to us by Square Enix and developed by the creators of 2016’s I Am Setsuna, Tokyo RPG Factory. It’s available on Nintendo Switch, PlayStation 4 and Steam as of August 22nd, 2019…

You’ll play as Kagachi, a blunt, left-brained and stoic protagonist who lost his parents at an early age, which is where the story begins. He, along with his childhood companion Mayura, later come to join a group of elite mediums called the “Veil Watchers”. Kagachi, Mayura, her father Kushi and the other Watchers are tasked with aiding lost souls that are stuck between the living world and the after-life find peace in death so that they may continue on their journey toward the ultimate post-death goal, reincarnation.

Having thoroughly enjoyed what I played of I Am Setsuna, I was very excited going into Oninaki, and it isn’t often I have a chance to play new JRPGs; I spend so much time trying to catch up on older ones that they’ve been sitting on my shelf collecting dust. Upon my initial start-up of the game, I was immediately entranced by the gorgeous cello/piano melody that plays over the title screen. I sat for what I’m sure was more than ten minutes before finally hitting the X button to proceed, just listening to that wonderful section of music loop and imagining what amazing adventure must lie ahead.

Unfortunately.. almost as quickly as I was drawn in by the title screen music, I was snapped out of it by what seemed like it could be a generic cash-grab preying on nostalgic, early 2000s era JRPG fans. After the opening scene with Kagachi being instructed to resist mourning his newly deceased parents as it would cause them to become “Lost” rather than crossing over to the other side, we’re presented with a brief cutscene followed by more dialogue. By this point, I can’t help but notice that while the beautifully meloncholic musical score fit the grim situation perfectly, the PS2-esque art style feels expected and unoriginal.

We then fast-forward twenty years where Kagachi and Mayura have officially become “Watchers” and are dropped into the first (tutorial) battle of the game. We find ouselves facing groups of less-than-exciting, bird-like enemies through a rather plain setting of green grass and brown rocks — nothing that most anyone who’s played a JRPG since the early days hasn’t already seen and done. But it’s only the tutorial section of the game and so with that in mind, I continue playing.

Later on during the intro-mission, we encounter our first mini-boss known within the game world as a “Sight Stealer”. This is where I begin to notice that the controls during battle can feel a bit sticky and slow to respond. This early in the game, all that’s required to defeat enemies is mashing the attack button and periodically pressing the special attack button. Sounds easy, right? Well, it is except that the slow moving attack animations often cause Kagachi to be left vulnerable to enemy attacks which can be very annoying– especially since the earlier bosses move very slowly as it is. It’s never a good feeling to be hit by an attack that you saw coming from two miles away just because your own attacks are take so long to complete that there’s no time left to dodge. But again, I remember that this is very early on in the game and with that thought, I continue playing.

It’s around this section of the game that we’re allowed–or rather required–to visit “The Beyond”. Players can instantly transition from the living world to “the beyond” which is the gap between the living world and the after-life where lost souls roam, until they’re either peacefully freed by a watcher or they become “Fallen” souls (monsters) that must eventually be slain by a Watcher. Visually, The Beyond space is much more interesting than the living world. Everything shimmers with a neon glow and sways with life on a plane of existence where nothing is actually alive. It’s eerie and beautiful as well as dangerous. Venturing into the ink-black darkness of the beyond and being struck by an enemy means instant death. This can be avoided, however, by defeating the Sight Stealers in the living world thus eliminating the darkness of that mirrored section of the beyond which is how much of the progress through the game’s dungeons will be achieved.

Upon completion of the tutorial mission, we’re treated to a brief flashback of when Mayura and Kagachi first encountered and bonded with their Daemons. Daemons are a special type of Lost soul described by Mayura’s father as “souls that could not be reincarnated, damned or banished”. They each have their own unique weapons and abilities that are just as much fun to upgrade and enhance as they are to use in battle.

Once Kagachi has bonded with a Daemon, he can then equip it to aid him in battle. Daemons can be switched out in a matter of seconds and equipped Daemons will follow behind Kagachi performing special attacks and abilities upon command. For me, this is where things finally became interesting. Each Daemon has their own backstory which is gradually made available to you by playing through the game, upgrading your Daemons and using their abilities. They have their own unique and expansive skill trees where new offensive, passive and defensive abilities can be purchased with “Soul Stones” that drop from enemies defeated by whichever Daemon is in use at the time.

Each Daemon starts with one special ability pre-equipped and up to four additional special attacks can be added to their arsenal, making them vastly more dynamic and fun to use in battle. So even if a turn-based battle system would have suited Oninaki better than the action format used, there’s no denying that as Daemons gain stronger and cooler abilities, my longing for turn-based battles doesn’t last. This coupled with uncovering their unique and amazingly depressing backstories make the Daemons the most interesting part of the game by far.

On the other hand, the characters themselves leave more to be desired as nothing about them feels like it hasn’t been done many times before. At the core, we have our emotionally detached, pretty-boy protagonist with a troubled past who’s followed around by Linne, a mysterious little girl from his past who serves as his sidekick and periodically helps him in battle. Alongside them is his spunky partner Mayura who’s always ready to shake her finger at him and keep him in line. Then there are the rest of the Watchers who add little more to the actual story than a bit of vague guidance and inconsequential chit-chat.

These genre tropes aren’t exactly terrible; but in a time when other JRPGs are pushing the envelope when it comes to characters — how they interact with each other and how we as players connect to them — the narrative direction feels a bit underdone. The characters do develop as the story progresses, of course. Just not as much or as quickly as it could. Atmospherically, the game does a great job of using a light and cheery art style to illustrate a story chock full of death and sadness. While it took some getting used to, I later came to appreciate the contrast and what it does for the story– especially around the start of chapter 3.

What ties it all together so perfectly, though is the music. It will often transition between somber, emotional piano melodies to high-energy Celtic go-music depending on the situation but no matter what’s playing; the score fit perfect with whatever’s happening on-screen. In the end, Oninaki is saved from being a mere “OK” JRPG by the interesting secondary characters/weapons known as Daemons, its intricate upgrade system and the progressively immersive atmosphere rather than the forgettable main characters and storyline. 3.25/5 Bibles.