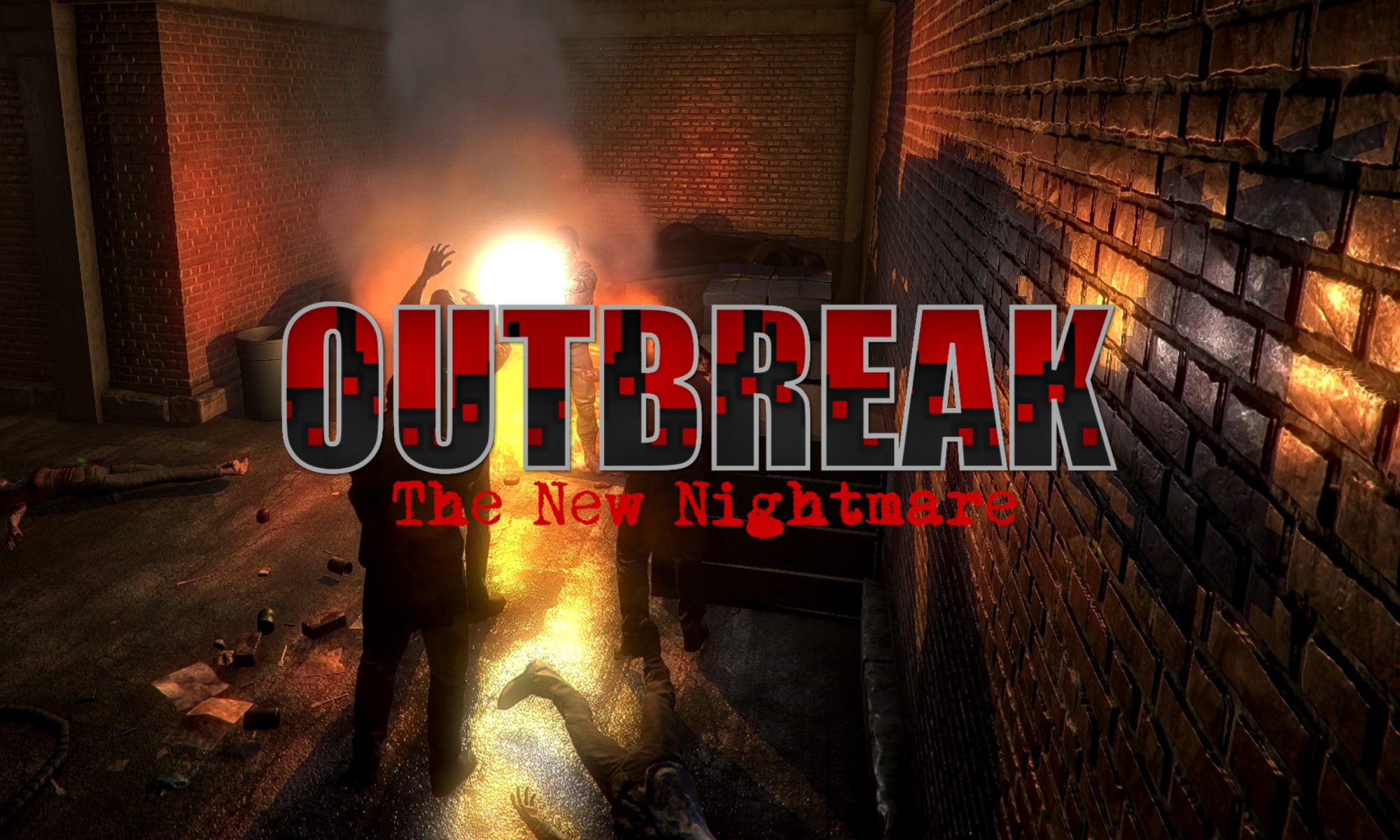 In what might seem a bit of apt timing, Drop Dead Studios has released the sequel to their 2017 game, Outbreak, for the PS4, with Outbreak: The New Nightmare. Normally I’m not one to spend an exorbitant amount of time playing video games, but since there’s little to do in lockdown still — and with the world feeling five steps from falling apart — it seemed an apt time to play an apt game…

As the press release stated, it is a throwback to more classic survival games like Resident Evil, or Silent Hill, with similar graphics and gameplay. You control a main character as they traverse a zombie-infected wasteland, encountering not only roaming bands of the undead, but other human characters and villains as well.

Moody and atmospheric, the game allows four separate characters from which to choose (I had played with the character of Lydia for the purpose of this review), each with specialized skills and abilities. The most impressive details are the lighting and shadows; very reminiscent of Silent Hill, it manages to not only set the mood, but also conceals enemies, making their sudden appearance that much more surprising. Compared to more modern games, the graphics and gameplay might seem considerably simple, but as a retro throwback, it worked well. 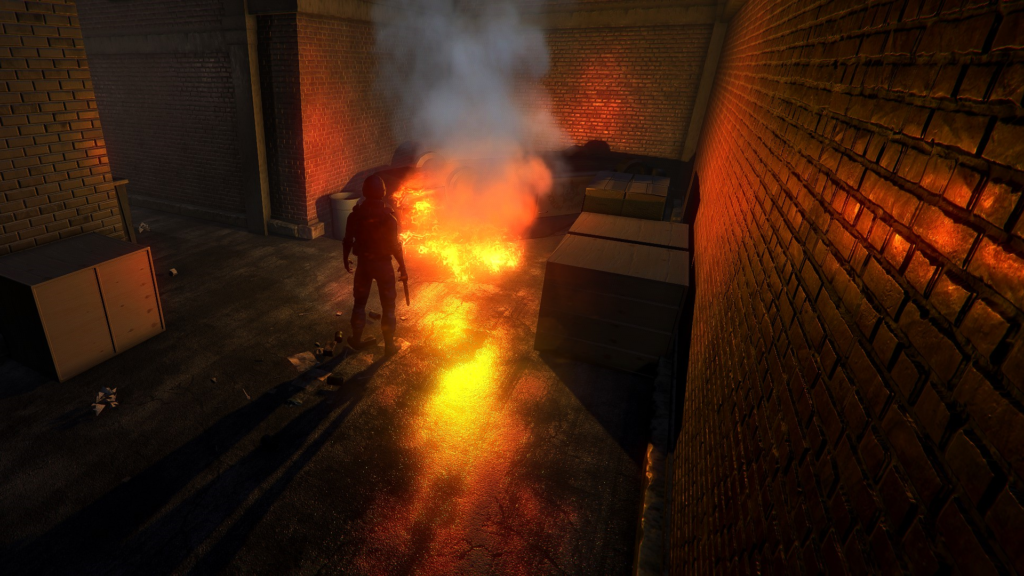 While the gameplay, as mentioned, is simple enough to enjoy without needing too much training or instruction, the only main issue — and it was frustrating when playing for the absolute first time — was mastering the controls. At some points the camera would remain fixed at a certain point, often when my character was obscured by some debris or shelving or some other such thing, and it would obscure my view of where my character as going.

The actual control of the character took a bit of acclimation as well, as the left joystick controlled merely the direction the character was facing, not necessarily moving them in that direction. It took a bit of trial and error to get accustomed to, and master, that feature, but it was one of the more jarring and unexpected design decisions in the game. 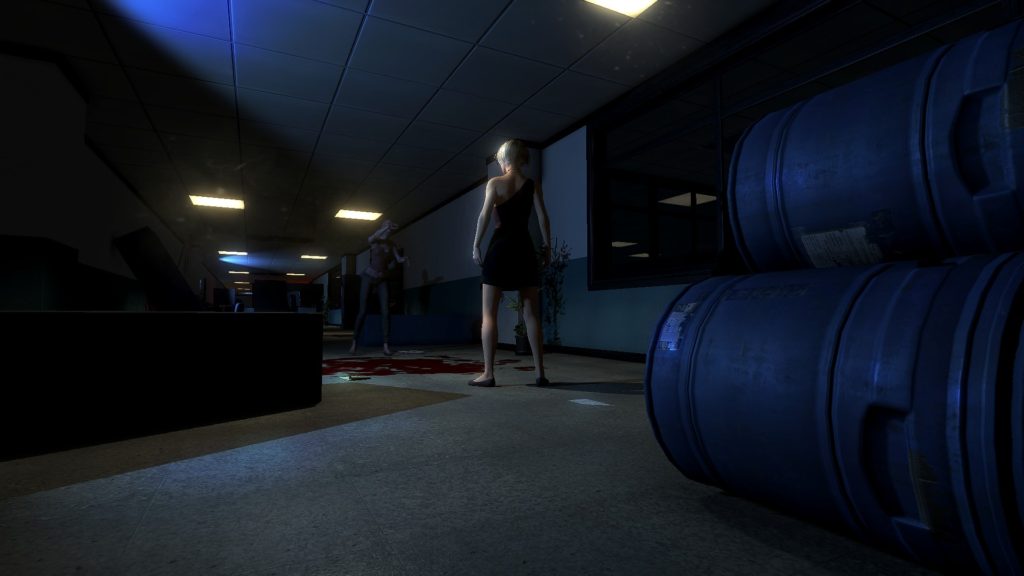 All that aside, Outbreak: The New Nightmare was a fun diversion and throwback to an earlier era of game-playing. It’s not too difficult to master one one gets accustomed to the controls, and with little else to do, one can easily complete the game in four days or so (not being a gamer, and working from home off and on, I’m not sure how this compares to most other games). It’s a fun, diversionary game for only $12.99, so if you’re looking for a game with a retro feel, this is pretty solid. 3/5 Bibles.

Below is the developer’s release with updated features for the updated PS4 version:

“September 2016. A viral epidemic catches a sleepy town off guard. While the nightmares were occurring at Arzt Memorial Hospital, there was another group of survivors fighting for their lives elsewhere. 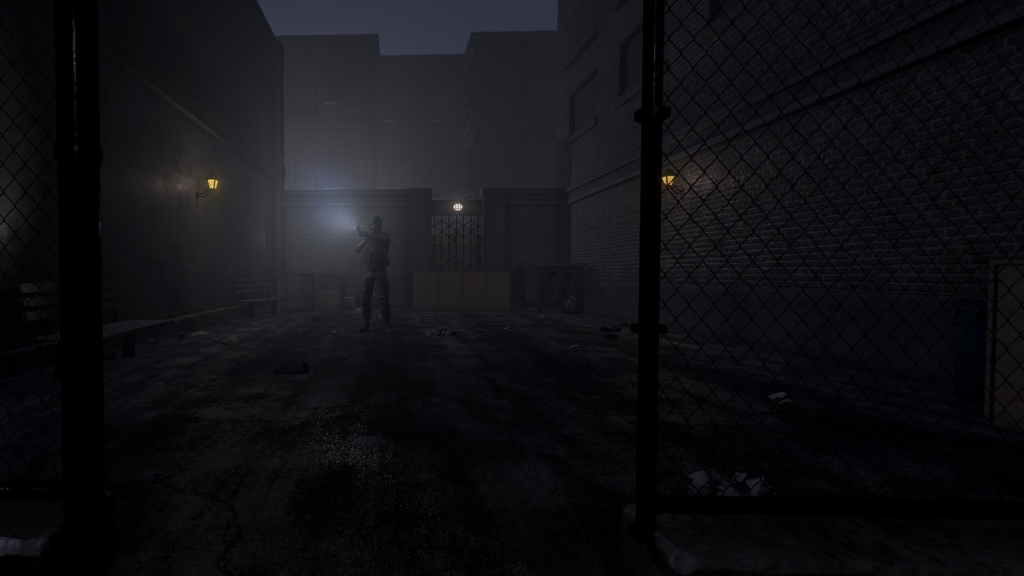 It started as an ordinary evening. Everyone was ushering in the fall season – welcoming the change in the weather. It had been a particularly rough summer. Droughts resulted in water rationing – which in turn affected hygiene and overall cleanliness across the city. As the rationing ended, the city’s inhabitants thought their struggle was over.

But soon, undead monstrosities surged like a tidal wave of miasma. Emergency services were overwhelmed by a rash of sudden, yet unexplained attacks and fatalities. Police responded and were initially successful in containing smaller incidents. But the ranks of the infected grew and grew – quickly overwhelming anyone who stood in their way. 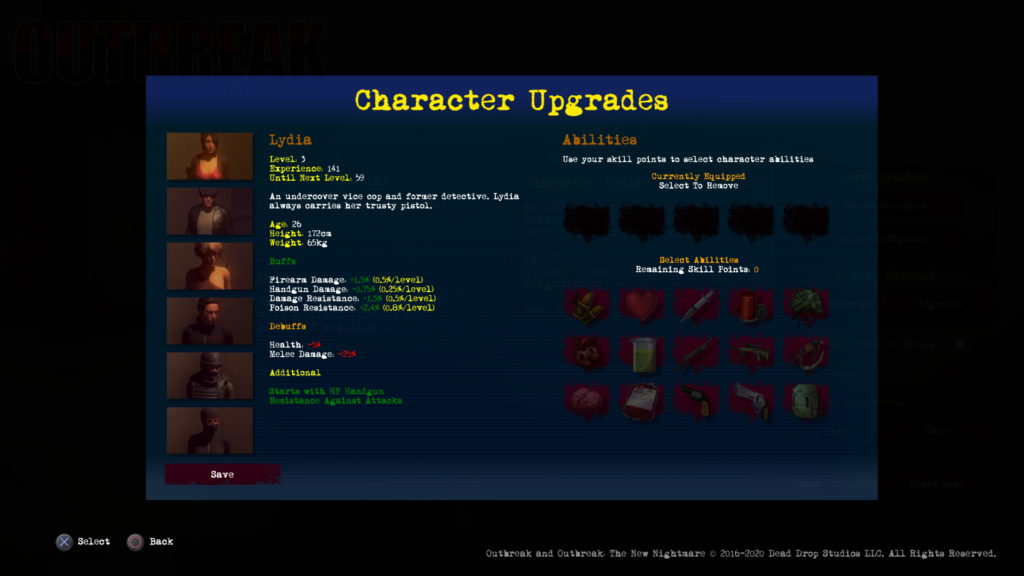 Survivors were drawn together as they fled the streets towards the only “safe” structure they could find: Kraus Shipping Industries. But as they entered the building, the survivors were struck by the stench of death. Blood covered the walls. Eerie sounds emanated from halls and abandoned offices.

Their evening of hell began that night … but you’re the one who will decide how it ends!” 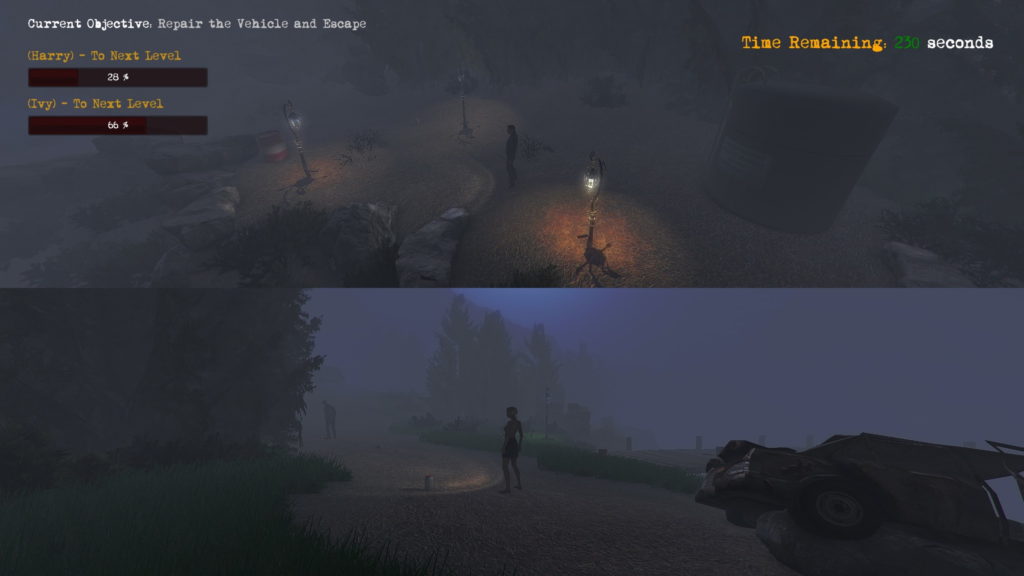