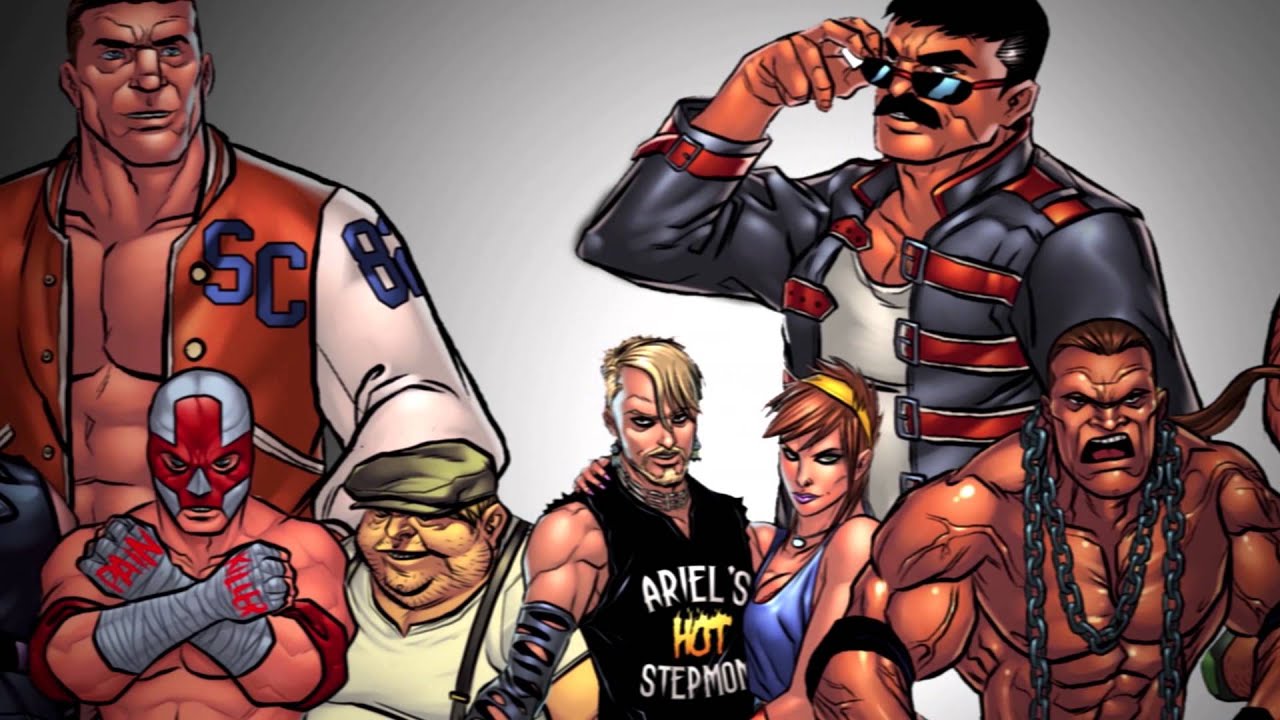 Like many who’ve never been to San Diego, this is my first Comic-Con. So of course, it’s COVID time, so its Comic-Con@Home. When the boss asked me to review The Relationship Between Pro Wrestling and Comics panel I was psyched. I figured it would be awesome. But I was psyched out. Like, this is gonna be cool… Sike.

Let’s get right into this shit-show. First off, how old are these guys and why do they all look like they’re in their mom’s basements?? Holy frickin’ nerd. Aren’t these guys professionals? Pretty sure Flobo Boyce (Afterbuzz TV) said that he worked for NXT. Oh, okay. Some of them work for comic companies. The Massacre Twins‘ Francis Szykowski looks like a 40-year-old virgin. Look at this dude’s room. What a mess. You guys couldn’t find clean, empty walls or at least a room where we can’t see how horrible they live. If you saw these dudes live at a Comic-Con and thought they didn’t get laid, this panel confirmed your beliefs.

The next thing I noticed was how bad the quality of this whole jam was. I’m guessing they did it over Zoom and that explains the rotating camera views. Biggest observation: not one of these guys own a decent camera and microphone. FFS, step your game up. You’re supposed to be professionals. I hate Moody for making me watch this. I hate you, Moody! Hell, even my own podcast doesn’t get 100 listens a week, but I own a Blue Snowball Mic and a really good camera and my YouTube channel and podcast both look and sound miles ahead of this squash-match.

Ugh. Is this what Comic-Con panels are usually like? I get that.. this is about the perceived connection between wrestling and comic books, but do we really need to hear what got these jobbers into wrestling and comic books? I really don’t see the relevance, especially since their “theories” did nothing to bring the job squad more credibility. Was CM Punk not around?

I don’t even know where the panelists are coming up with these comparisons. People think WWE when they think wrestling and people think superheroes when it comes to comics. That’s what you’re going with? Jesus. With these theories, we could compare wrestling to movies or TV series or novels or any F’N form of storytelling. I hate you, Moody! If I’ve ever hoped for a “fuck finish”, it would be with this panel. Just be over already.

OK. What wrestling does First Comics News‘ Rik Offenberger watch? Storytelling has gotten better? Really? Really? … REALLY?? Do these guys even watch wrestling today? I’m pretty sure they don’t. I’m not even sure half of them can pay their internet and cable bills, given their living conditions and the quality of their equipment. Next year they should just put the Apostles on a panel. I promise you it would be more entertaining than this. Oh, and it would make a lot more sense too.

And now we’re getting political? It’s probably the most entertaining part of this panel so far and I still don’t agree 90% of what they’re saying. Host Joshua Waldrop (Red Guerilla Media) needs to have more control and keep things going in the right direction. Oh wait, this entire thing feels like it lacks direction, so never mind.

Now we’re into something that I totally agree with. There are too many “copycat” characters and tribute acts and the move away from “offensive” characters has really hurt the business. There is a lack of originality. I can get behind this five-minute segment. Granted, it was five minutes out of an hour, but I gotta give the panel some credit. At least this wasn’t entirely shit. Aaaaaand of course, it goes off-topic again and needs to be reeled back in. These guys could screw up a wet dream. And on top of that, I still don’t see the comparison here with comic books, but maybe I’m just bored, or maybe I’ve had a better time watching recent weeks of RAW. I’m going with the latter. 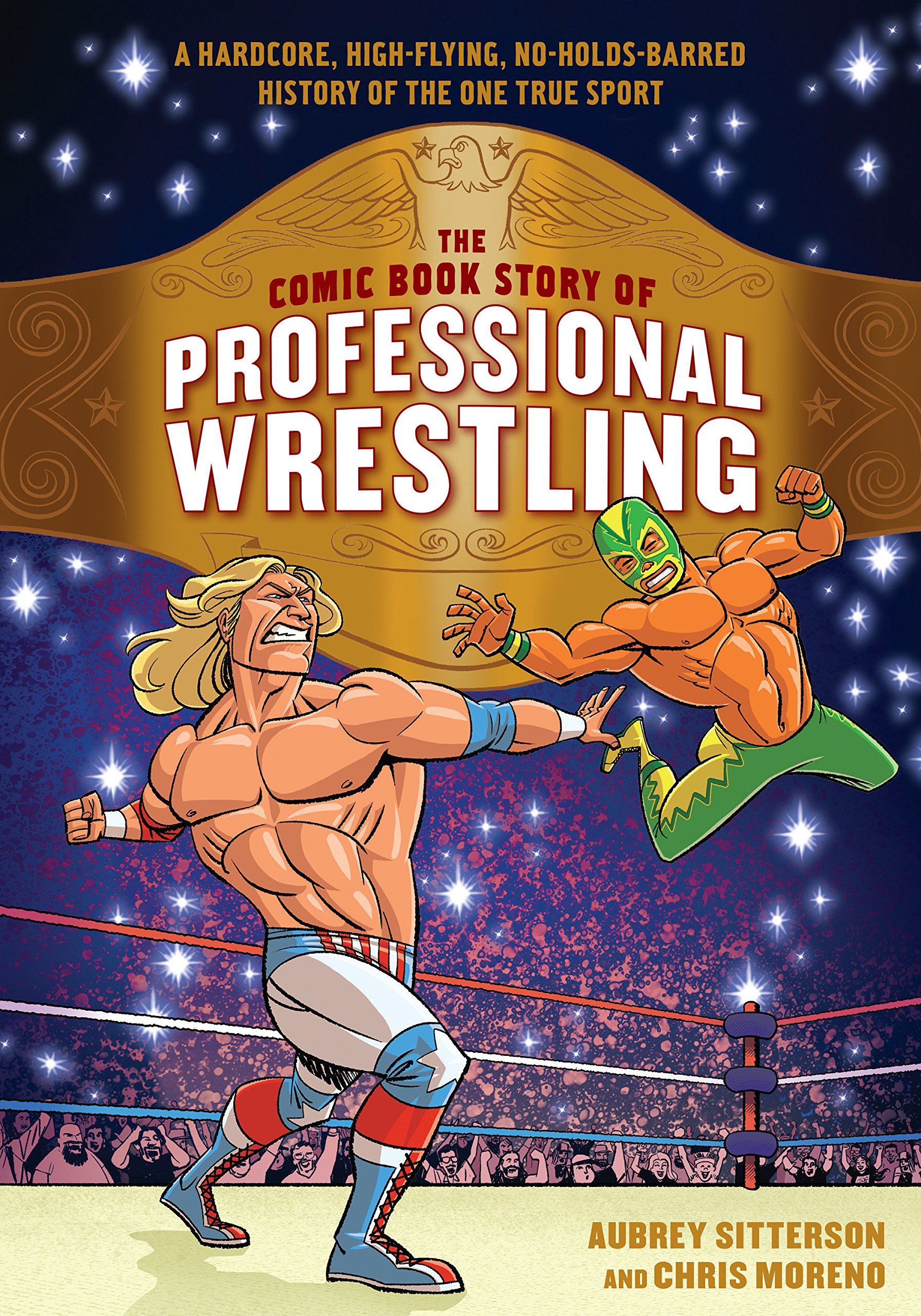 It’s a good thing I’ve been writing this article while watching because I probably would be asleep by now. I’ve had a few laughs at the ridiculous ideas they’re trying to sell me on. Do these guys actually really watch wrestling? And did the black guy lose his connection? I feel like he was barely on this thing. That’s racist. Every time one of these guys brought up a good point, they killed it by letting their stupid show and saying something that would make any actual wrestling fan cringe and discount their entire opinion. Someone needs to tell everyone on this panel that they should invest in good mics and better cameras. I’m glad this thing is over. Hopefully at San Diego Comic-Con 2021, these guys aren’t in the same room on a panel doing this again.

If you didn’t watch this panel, I envy you and advise you to continue to not watch it. If you did, you might just be a masochist. I’ve always wanted to attend a Comic-Con and sit in on a panel. This is not what I expected and that’s not a good thing. I’ll chalk this shit show up to COVID-19 and just move along. Oh, and by the way, I still don’t really see a connection between wrestling and comic books that can’t be attributed to any other type of storytelling as well, so there’s that. I’m just glad it’s over. I hate you, Moody! 1/5 Bibles.