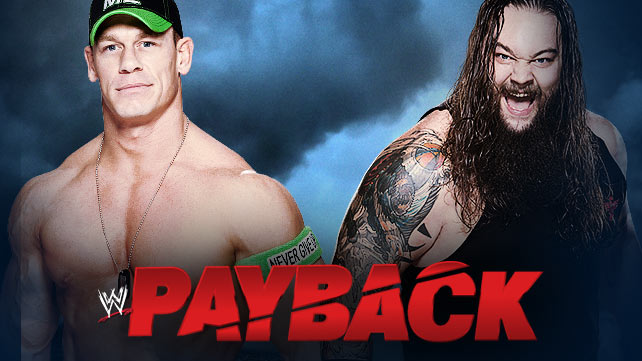 —II. No Holds Barred Elimination Match—
Evolution vs. The Shield

Wet dream scenario: Roman Reigns is, well, involved, Dean Ambrose emerges as a star and Evolution turns on Batista after he shits the bed once again.

This last Monday Night made it interesting with the possibility that The Shield could disband with a loss. Sure, people have been itching to see these guys go solo– but they are riding too much of a high as a group right now and have too much to lose.

Anyway, I contest that Ambrose is the best thing about the Shield. For sure Seth Rollins is the best worker but simply painful on the mic — emphasizing unimportant words during his promos. Ambrose is also the most versatile. Speaking of which, we all know that soon Batista will be off to promote Guardians of the Galaxy and/or the LA Slasher (starring the great Danny Trejo, Eric Roberts, and Brooke Hogan. Not making this up). How long could this next hiatus be? Forever? Dave could always wrestle, but does he give a shit?

Winner: The Shield. Boo-tista mistakenly spears HHH. Reigns (left by himself) spears Batista then pins HHH. Superman punch to Batista ends it. Evolution turn on Batista. Wishful thinking is Ambrose taking the last 2 Evolution members out by himself.

#BNBvRVD: A match simply fit for Instagram. So long as BNB comes out and shoots a promo stating that — of course — he’s “got some really Bad News,” you know, where the Beat the Clock angle is garbage and proceeds to beat Rob Van Dam in 30-seconds. Uh, why? This Moses just doesn’t see this match being very good. Despite some solid in-ring abilities on both parts, I’m not sure a brawler such as Wade Barrett is going to go well with a part-time guy. Hell, maybe not to the extreme thoughts of Uproxx writer Brandon Stroud (Yes, I am a Stro-liever), where he claims that RVD has continued to use the same 5 moves for the past 10-years. Then, again, so does everyone.

Either result, we need to value the limited number of solid heals that currently exist.

(Flip the page for 2 more predictions and a video from Bishop Wyatt!)