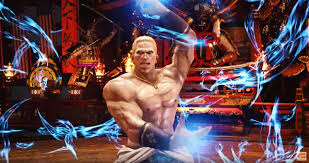 BANDAI NAMCO ENTERTAINMENT FIGHTING GAME PANEL (Friday – 25AB) – One of my biggest peeves with Comic-Con over the years is how few reveals there actually are. Don’t get me wrong, there are your bombshell headlines coming out of Hall H and plenty of teases along the way. But it’s frackin’ Comic-Con! Do we really only want teases? Does the industry truly think we are so technologically inclined that we didn’t see the Geese Howard DLC trailer from EVO 2017 already? To give fighting game powerhouse Bandai Namco some credit, Tekken creator Katsuhiro Harada — who gets points for giving this Bullet Club shirt-wearing dork a “too sweet” at panel’s end — and company provided a funny video on how the selection of the Fatal Fury/King of the Fighters brawler came about.

Harada Son also went on to say that the collab between the Tekken 7 team and SNK has been in the works for a while; they tried to match the expectations of both veteran and younger players’ expectations and memories. Thus, Geese Howard’s design takes everything players would imagine about the character — while pouring as much love during the creation possible — rather than just the original design. Arguably the most interesting element of using Geese in Tekken 7 is the adding of 3D techniques that his 2D fight appearances obviously didn’t have; and expect tons of pressure from the Judo master, despite the chiefly defensive, hip toss-heavy trailer. Harada joked that working on Geese (who will not be involves in Story mode) may have given Tekken a reason to make a 2D version of the beloved title the next time out. 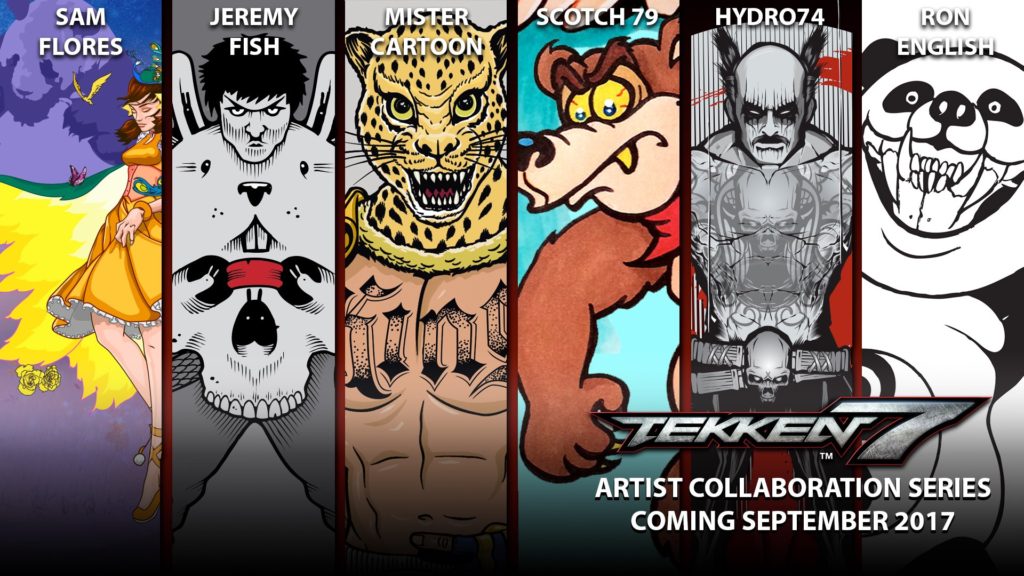 Now, onto the sheer disappointment: after a huge eruption for the E3 2017 smash hit, Dragonball FighterZ, there was nothing announced. At all. Even the open beta slated for the summer had a “coming soon” warning. Before that, the response to news on Gundam Vs. was lukewarm. To close the panel, most fan questions consisted of Soul Caliber inquiries with lots of repeated answers. Harada’s fav from the series is Samurai Spirits, so there’s that… To close, 2 Tekken POP! Vinyl’s were left on the table following the Q&A and the moderator told me I had to earn it down in the Bandai booth get one. Not sweet. 2.5/5 Bibles.

Coming soon to Tekken 7: in-game character panels from artists Mister Cartoon, Jeremy Fish, and Ron English, which will be released as free DLC.