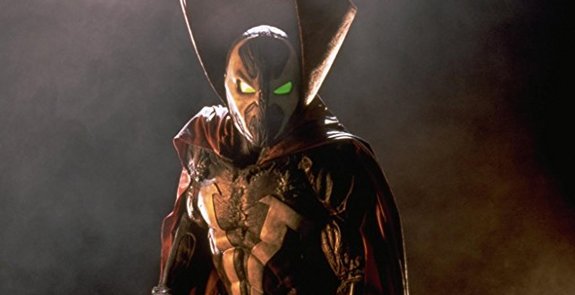 Another step out of the ordinary for us here at GodHatesGeeks, but this is some great, exciting news breaking out from Macfarlane Toys’ official press release: Greg Nicotero — special effects maestro and director for The Walking Dead, 1997’s Spawn, and a man who got his start all the way back in 1985’s Day Of The Dead — is joining the reboot film of Todd McFarlane‘s seminal character, Spawn. Bringing along his production and effects company, KNB Effects Group, Nicotero will be designing the new design for Spawn, and there’s plenty of hope that we can see an updated version of the seminal villain, Violator.

Although 1997’s Spawn has plenty of fans, an updating of the classic property is well overdue. Produced by Blumhouse Productions, and starring Jamie Foxx as the titular Hellspawn, and Jeremy Renner as Twitch, the film is already gearing up, with Todd McFarlane himself taking the directing reins in his feature directorial debut. When the news of Nicotero’s involvement was announced, McFarlane had this to exclaim: “I’m a long-time fan of Greg’s work and the projects his company, KNB have done throughout the years;…Working with him once again, to re-invent the Spawn ‘look’ so it will match the supernatural theme in the movie, is going to be a fun process.”

Todd McFarlane’s Spawn is currently in pre-production; the gritty, hard-R feature is being produced by Blumhouse Productions, which produced The Purge series, and Jordan Peele‘s social horror film, Get Out. If Blumhouse’s pedigree is to be trusted, Spawn is going to be something special.