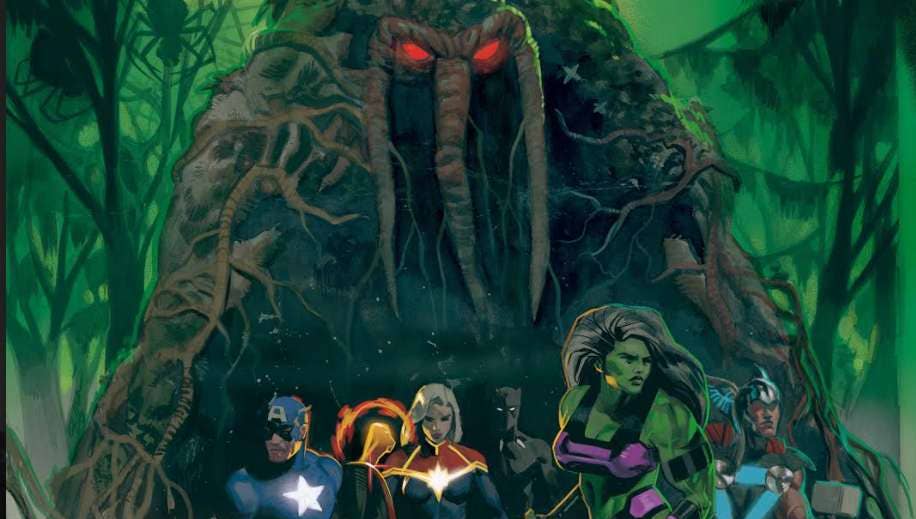 After the villainous eco-terrorist/sorceress Harrower possessed the organic, mystical, organic matter formerly known as Doctor Ted Sallis (but known to comic-book fans as the Swamp Thing knock-off, Man-Thing), she took her plan to remake him in her own image, and use the sentient organic matter to rid the natural world of humanity. Humanity’s only hope lay in the Avengers, and the Avenger’s only hope lay in convincing Dr. Sallis that rather than the curse and punishment he feels he deserves, the Man-Thing is in fact Sallis’s road to redemption, and a means to correct the mistakes of his past.

But that requires some stern talking to, first from Captain America, and then from the one-and-only friendly neighborhood Spider-Man, Peter Parker himself. Allowing themselves to be absorbed into the anti-hero, Cap and Spidey each respectively try to convince Sallis to regain control of Man-Thing, and repel and re-absorb the giant spores and sentient fires that Harrower had unleashed upon the world. As much as Spidey’s advice helps, it is actually one of Spidey’s longtime foes who actually does the legwork in getting Sallis off his ass…is. Assis. Oh…forget it. 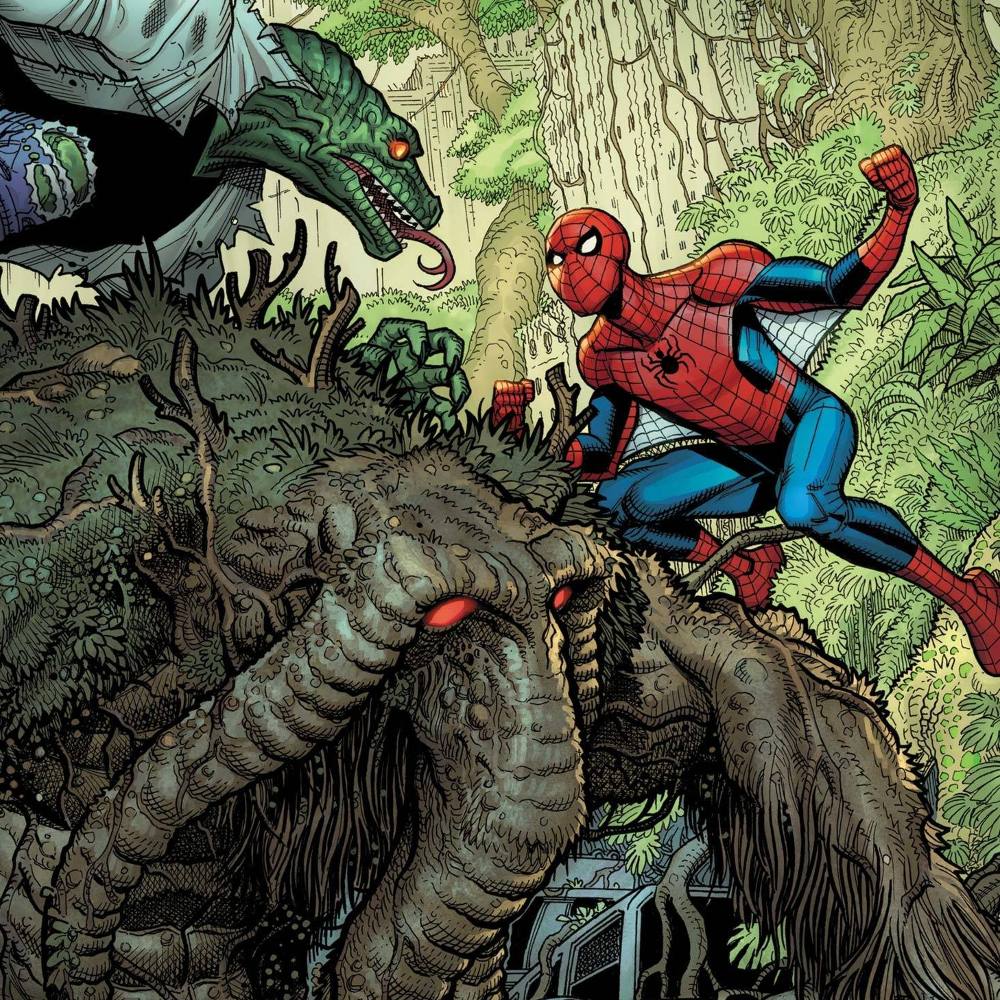 Seeing as this is the second part of a three-part arc (wish I knew that when I picked this title!), it was actually pretty surprising to see how easily a casual (or semi-casual reader as myself) can catch up. That’s a credit to writer Steve Orlando‘s strengths, as it only took the first two or three pages to be caught up and understanding not only the main characters involved, but also the stakes. Artists Marco Failla and Minkyu Jung do good work here, with a very kinetic style; each panel feels to be in motion, constantly driving forward, and with a slightly cartoony feel that actually enriches that sense of movement.

So how’s about it? This was a fun read, and it’s good to see the relatively unknown Man-Thing be featured in a larger, more mainstream story. If you haven’t caught up in the “Invasive Series” arc, you don’t need to be too intimidated, yet, despite that, this arc doesn’t seem like a “make-or-break”, at least not for any character not named Man-Thing. 3/5 Whiskeys (Or Equivalents For Not-A-Bible-Books).