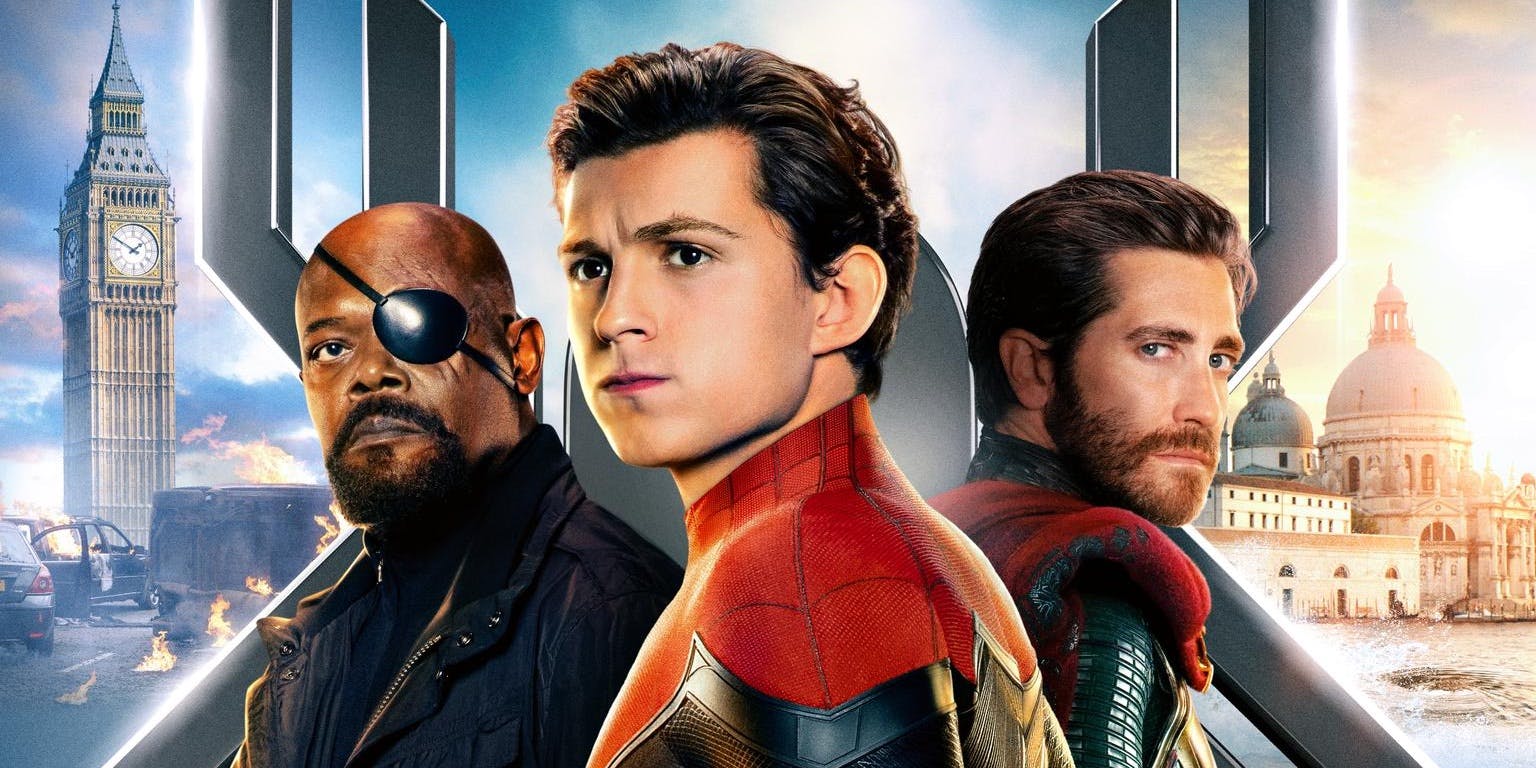 There are few comic book sequels that truly outshine the first installment. Batman Returns, Spider-Man 2 (Raimi’s) and Captain America: The Winter Soldier are just the few that immediately pop to mind. It is a tall feat, but Spider-Man: Far From Home hits all of the right marks, hits all of the right feels, and damnit, the casting is absolutely perfect…

Far From Home had the distinct honor/herculean act of following what could end up being the biggest movie ever, Avengers: Endgame and it does so with aplomb. Seriously, though; Endgame released 2 months ago and is about to re-release to try and take that the #1 spot away from Avatar (which I hope it does) and Marvel, still, goes “you know what?! Let’s give them Spider-Man!!” and it works. It works, especially, as what it’s meant to be — an epilogue to the Infinity Saga (and more about that later…).

Far From Home is such a fantastic follow-up to Homecoming. The first movie in the third volume of Spidey flicks had the task of giving us a new, new, new Spider-Man and had to make us forget about Tobey Maquire and Andrew Garfield. Make no mistake; Tom Holland is Peter Parker/Spider-Man. He absolutely nails what Parker is like in high school. He’s confident in the suit and not-so-confident out of the suit. This movie is Peter Parker truly becoming Spider-Man. He idolizes Tony Stark and is worried about being the next Iron Man, but he realizes that he has to be true to himself.

While we already knew from Homecoming that this was a perfectly cast series, Jake Gyllenhaal is perfect as Quentin Beck/Mysterio. Any fan of Spider-Man knows who Mysterio is; so, while we know he is the “bad” guy, waiting for the heelturn and getting the “why?” is so satisfying. Gyllenhaal is damn charismatic as Beck, like, Michael B Jordan/Killmonger level. He’s so good! (Funny enough, Jake nearly replaced Tobey for Spider-Man 2 after the o.g. Parker hurt his back and his return was questionable). Zendaya gets a lot more scenery in this film as ‘MJ’ and has really made the character her own.

The movie has a lot of jokes, a lot of emotion and does really well with the “without the Avengers now what?!” vibe that I’m sure the subsequent MCU films are going to have. In case you’re wondering, Kevin Feige did call Far From Home the final film of Phase 3…

Here’s the MCU god’s stamp on it. “We’ve been working for many years on Infinity War and Endgame and Far From Home. Those were the films that culminated the entire Infinity Saga of the MCU. And as we were working on Endgame we realized that the true end of the entire Infinity Saga, the final film of Phase 3, had to be Spider-Man: Far From Home because – spoiler – we lose Tony Stark at the end of Endgame… the relationship between Peter Parker and Tony Stark is so special…” and it’s very true. Far From Home feels, too, like an epilogue to the MCU Infinity Saga. Much like how we all miss Tony Stark, so does Peter and so does the MCU. Iron Man has an ever present feeling in the movie.

Far From Home is far from good– it’s damn near perfect. I’ve seen it twice and still laughed at the funny scenes, still went “awww” and the sweet scenes and still cheered when Spider-Man saves the day (oops, spidey-spoiler!). Director Jon Watts has such a grasp on the character that when we do get the classic Spider-Man/Mysterio fight, in act two, it’s almost as if the work of Steve Ditko is exploding onto the screen (much like in Dr. Strange). The numerous suit changes make a lot of sense in the context of the film; yet despite my mixed feelings on the red and black suit, the lead up to Parker throwing on the modern gear has all the feels in the world.

Go out and watch this and then maybe go watch Endgame again and then watch this one again. And do make sure to stick around until the end end of the film, there are two post credit scenes, both with cameos, but the mid-credit scene will blow your mind. 5/5 Web Slingin’ Bibles.