Just in time to handle an extensive quarantine (especially if you’re the type with little kids), Blue Sky Studios (the team behind the Ice Age series) has released Spies In Disguise, a spy-themed animated film teaming up Will Smith and Tom Holland in a James Bond-inspired comedy. A tad broad at parts for my tastes, and suffering from an elasticity during action scenes that tend to take me out of the movie, this is sure to please younger viewers.

Smith voices Lance Sterling, his first animated role since Shark Tale back in 2004. Sterling’s the best secret agent in the world (as he tells us, demonstrates to us, in the cold open), and when he’s framed for stealing a high tech weapon by robot-handed villain Killian (Ben Mendelsohn), and is on the run from both enemies and government agents (led by Rashida Jones‘ Marcy) out to get him.

Teaming up with him is the Q-in-training stand-in, Walter (Tom Holland), a technophile with ideas perhaps a bit bigger than his skills, who accidentally transforms Lance into a pigeon, after the latter drinks what he THINKS is water, but is in fact an experimental stealth serum. Hijinks and physically-dubious action set pieces ensue, and so forth. The buddy-cop formula becomes a standard (and welcome) trope that focuses the story thematically, even as it veers into goofy territory. 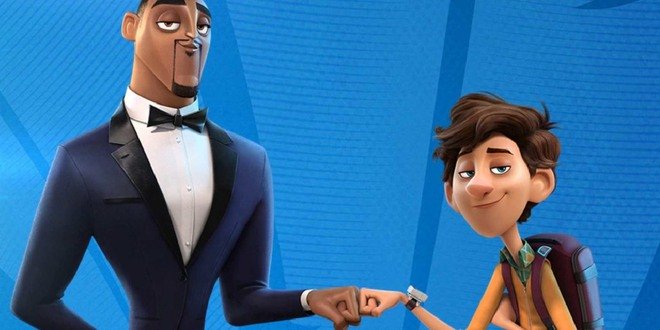 The movie is aimed squarely for kids, with just enough adult references to keep parents from getting too bored (Lance’s hallucinations while transforming into pigeon form the first time; and the extensive explanation as to what a “cloaca” is were perhaps the funniest bits for me).

The transfer is beautiful (as to be expected for such a recent release): the audio is mixed in Dolby 5.1, and sounds amazing with the right surround system (I won’t say I have the BEST sound system, but there were no clipping or fuzziness during the larger action scenes), and the visual itself was crisp, super clear, and looks like the movie came out yesterday. 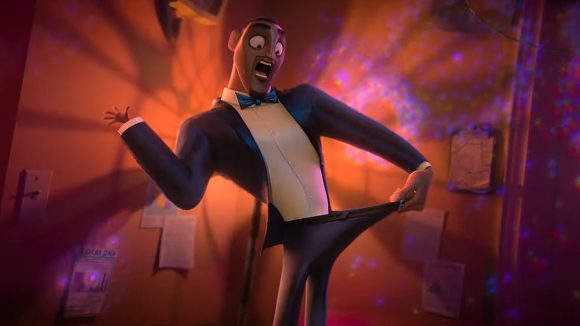 The crisp visuals come in handy when utilizing one of the blu-ray features, the Super Secret Spy mode. This feature contains pop-up visuals explaining some of the Easter eggs, and little details that would otherwise be missed. This feature – more than the standard talking heads, behind-the-scenes making-of docs – alone is worth a rewatch of the movie, as certain details that would otherwise be missed first time out are noticed.

That’s not to say the typical making-ofs AREN’T interesting (I’m a sucker for those), it just seems that this feature is more interactive and kid-friendly than some of the other features. Given that we’re all probably going to be cooped up for the immediate future, features like this are likely to keep kids entertained for some time. 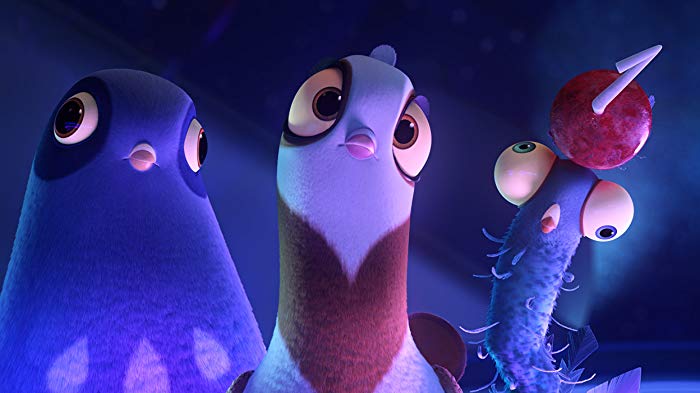 Directors Troy Quane and Nick Bruno craft a fun, quick, fluid movie — based on the short film Pigeon: Impossible, by Lucas Martell — and, I admit, the opening credit sequence was impressive (although the song isn’t really my bag), but this is purely “family night” or “watch this, kids!”.

By the time DJ Kahled appears voicing an audio technician, and Karen Gillan (in her natural Scottish accent! I never knew) as Eyes — guess what HER specialty is? — it felt more like a who’s-who of celebrity cameos that continued to pull me out of the movie. Once Spies moved, again, it moved smoothly and did its job well. 3/5 Bibles.

Spies In Disguise is now available on VOD and blu-ray.