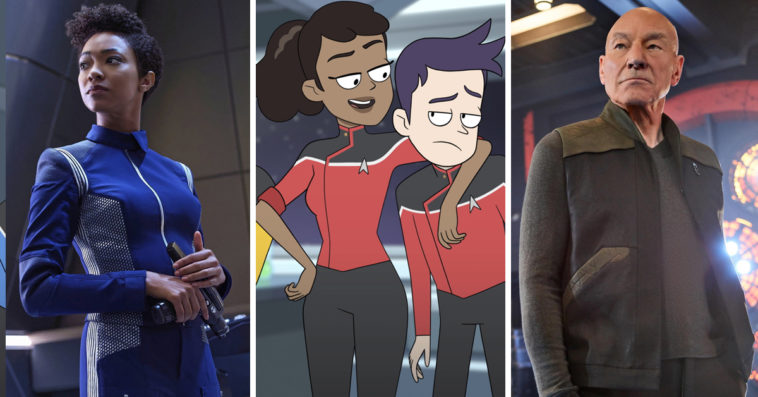 When this panel called itself “Star Trek Universe,” it meant it. The nearly 80-minute Zoom meeting brought together the casts of Discovery, Picard and Lower Decks, along with Executive Producers Alex Kurtzman and Heather Kadin. The panel kicked off with Kurtzman mentioning that writing has started on Star Trek: Strange New Worlds and that they’ve come up with 10 stories, so far.

The biggest piece of news followed. Kadin announced that Dan and Kevin Hageman (Ninjago) are developing a new Trek animated series for Nickelodeon that will premiere next year. The show, Star Trek: Prodigy, will follow a group of teens who find an abandoned Starfleet ship and use it to go on adventures. It will, Kadin said, serve as an entry point to get children into the franchise without sifting through 55-years of lore. 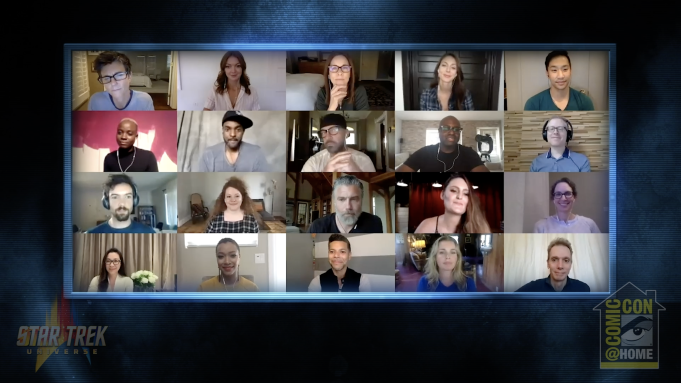 Up next was the cast of Discovery. After a table read of the Season 2 finale (the first act, anyway), they launched into a Q&A. Very little was revealed about the upcoming season, with the cast instead discussing how important it was to live up to Star Trek’s tradition of diversity and ideals of hope. Doug Jones, who plays Saru, did hint that we may see more of his race, the Kelpiens, in Season 3. Michelle Yeoh said that Emperor Georgiou is “really pissed off” at first but that she’s “a survivor with many skills,” while Anthony Rapp said this coming season “really explores family in wonderful new ways.”

After Disco, we got a first look at Lower Decks, the animated series that starts streaming on August 6, followed by another Q&A with its cast. The clip was absolutely hilarious and made me anxious for the first episode’s release date. Most of this section was the cast describing their characters, but Jerry O’Connell about how he plays Number One in Lower Decks, his wife Rebecca Romijn (who was on the previous segment) is Number One on Discovery and that they’re good friends with Jonathan Frakes, who was the original Number One.

The panel ended with the cast of Picard recapping Season 1 and just being a giant Trek lovefest. My best friend summed this segment up in the most accurate way possible: New Trek Stars: Patrick Stewart is radiant, resplendent, practically perfect in every way. Marina Sirtis: He ain’t shit.

The panel ended on a positive note, with Michelle Hurd reflecting again on Star Trek’s commitment to diversity and hope in response to a fan question about what the cast wishes they could take from the show out into the real world. “We always talk about Star Trek holding a mirror up to society; perhaps society needs to look at us and start replicating what we’re doing, because we’re trying to tell the stories to heal.” This was an A-plus panel, a must watch for all Trekkies and Trekkers. 5/5 Bibles.