A long time ago, in a galaxy far, far away… some of the most interesting characters without much screen time did some shit that was F-ing awesome and all y’all need to know! I digress, my apologies. Star Wars: Bounty Hunters #1 fills in a few gaps during the original trilogy courtesy of the titular characters, so, with out further ado, let us dive right in.

Taking place after the battle of Hoth, when Han Solo is stuck in carbonite and is in the possession of a certain Mandalorian, we meet up with a rogues gallery even Darth Vader can only tolerate in small doses. Valance (a cyborg with a blaster in his palm), Bossk (a Reptoid that probably has relatives in the British government), and Boba Fett (a man who needs no introduction), are the main focus of this story as each seek a common target – or puck, as the Mando has shown us. 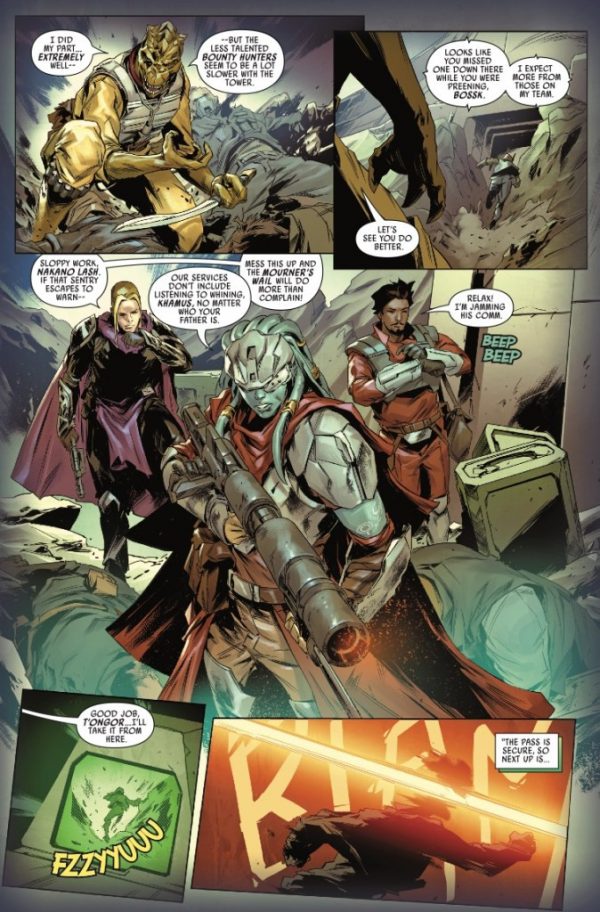 Without revealing too much, the target in question alleges ties to syndicates seen in a specific spin-off as well as other intergalactic threats, thus expanding the universe like the Doppler Effect. And that, my friends, is the meat and potatoes of the whole deal.

As far as the technical aspects, let us proceed artistically first, as there is less to say. The reason being is that it’s phenomenal. The coloring, the penciling, as well as the shading, keep with the same nuances the original trilogy had in spades. While vibrant and dynamic, there is the grittiness present necessary to emulate a “used future”, or rather one that had been there for a long, long time. 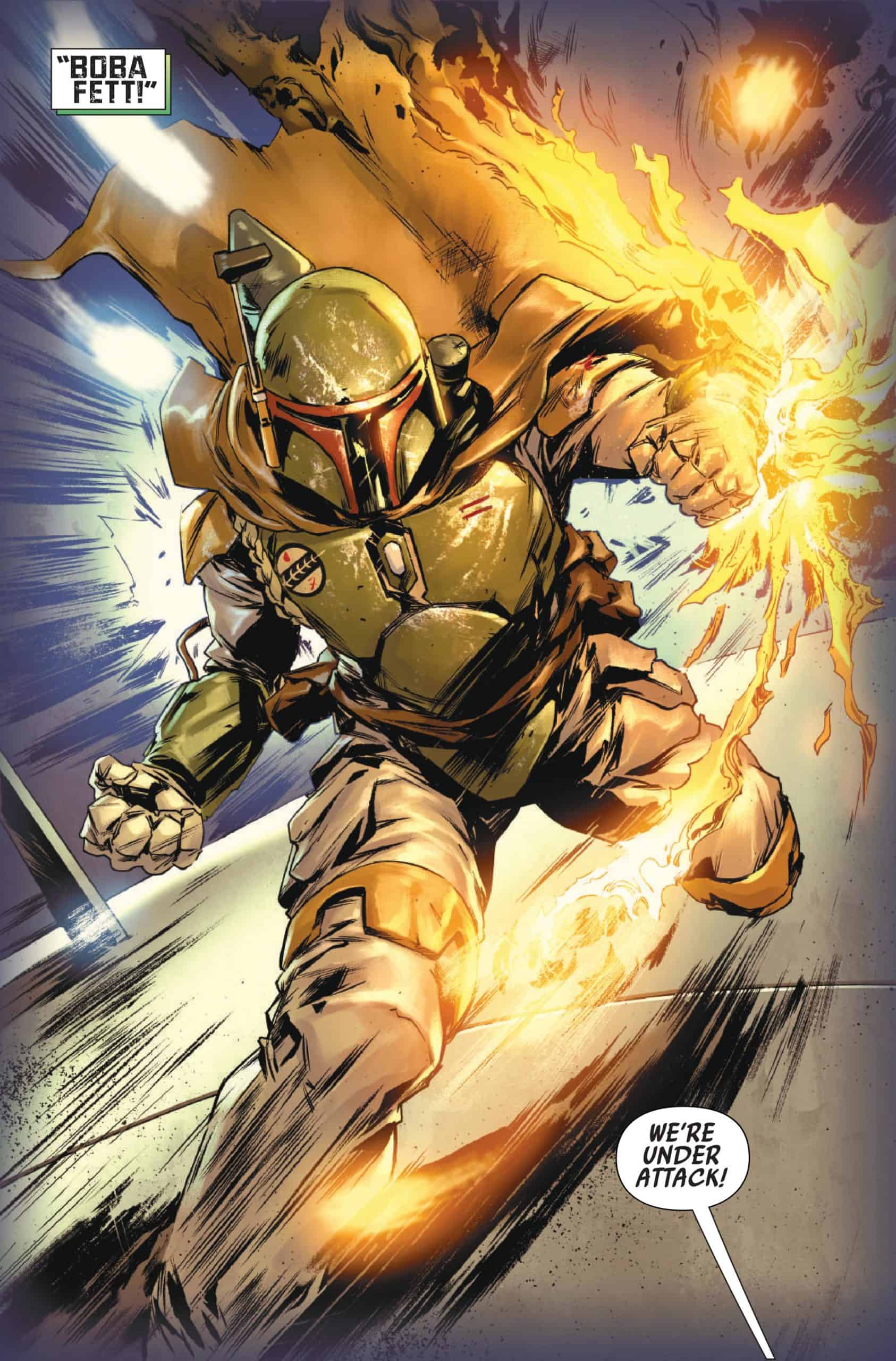 Likewise, the sense of motion and action that takes place during a shootout in the Old West is captured almost photographically. When blasters ricochet of Fett’s Beskar amour, you can hear it. Artist Paolo Villanelli and colorist Arif Prianto may have visited Batuu or Corelia without our knowledge, given the realism depicted.

On a similar note, the tactile experience would not be present lest the written word be exemplary. In this case, it is. For multiple reasons. The primary being we now get to hear what is in the minds of the scum and villainy propagating the empire. More than that, writer Ethan Sacks has captured perfectly the voices of the unspoken. Everything that happens in this story seems organic, given the context of the history preceding, as well as adding dimensionality with consequence. To be succinct, what happens here does not stay in Vegas, but resonates throughout the universe. And it is for that reason, aside from the fact I genuinely want to see what happens next, that I eagerly await the next episode. 5/5 Bibles.