DC Comics brings back Milestone Media. This is a big deal for anyone that was young in the 90’s. Static (or Static Shock) is a character that was representative during that time; and is relevant in representation in comic books today. Milestone was founded by Dwayne McDuffie, Denys Cowan, Michael Davis, and Derek T. Dingle. These creators put characters that were not represented as leads in the comic catalogue from Milestone. To refresh or catch those up to speed, Virgil Hawkins is a teenager that is violently gassed and given superpowers that control, create, and manipulate electricity. Static’s rogue list consists of others that were exposed to the same gas that gave Virgil the powers to be Static. This incident is known as “The Big Bang.” It is suggested to read Milestone Returns: Infinite Edition #0 as that issue contains the actual Big Bang event and the initial confrontation between Static Shock and Hotstreak. This first issue does a fine job for readers that did not read the Milestone Returns issue.

The reboot series that DC Comics and Milestone released recently works as being addressed as season 1. If new readers to this series are familiar with the character, it would no doubtingly be due to the popular animated series (it is on HBO Max now). The comic starts in the same fashion as its predecessors in that Virgil is met with confrontation from his long-time bully Francis who is exposed to The Big Bang and becomes Hotstreak. Before The Big Bang, Virgil was a genius, science student that was focused on asking out his crush. Virgil has a very Peter Parker/Spider-Man vibe. 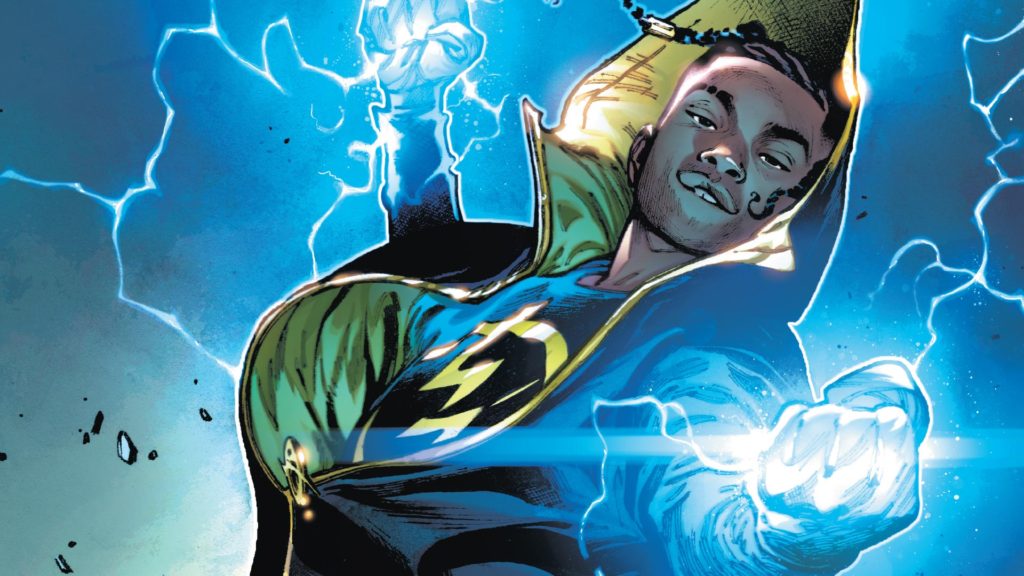 This connection is still connected with this reboot. Season 1, issue 1 utilizes a small fraction of pages for flashbacks. The story pacing by Vita Ayala is consistent and keeps the reader pacing between panels. Chriscross works with the pacing of the story with layouts that parallel the emotions that are contained in each panel. The new designs for the characters feel updated for a large range of fans and their respective ages. The finishes and colors provided by Nikolas Draper-Ivey make each panel feel fluid as if the all three provided a constant motion. The lettering by Andworld Design also fits each panel by matching the emotions of the panels. There are mentionable variants to this first issue, but shout out to Khary Randolph and Emilio Lopez for having McDuffie, Cowan, Davis, and Dingle on the theater marquee in the background of their cover.

This comic is easily accessible for new readers and fans of any iteration of the character from the past. The original spirit of Virgil is in this new issue. It really pays close attention to detail to nail the original plot, whilst providing a fresher and updated version of Static. This issue a great start to the series and the reintroduction of Milestone. Also worth mentioning is the reprint memoriam for artist John Paul Leon and words by Denys Cowan and an editorial by Chris Conroy. From Milestone, Hardware Season One, and Icon and Rocket Season One are next. If those comics in the same wheelhouse as Static: Season One, it is easy to say: these series are paying respect to the source material.4.75/5 Whiskeys.

Perhaps as a lead-in to the upcoming Disney+ show starring Oscar Isaac as the titular Fist of Khonshu, Marvel Comics has relaunched the monthly series of Moon Knight, this time written by Jed Mackay, with art by Alessandro Cappuccio. Following last year’s ordeal during which the Egyptian moon god Khonshu, through Marc Spector, attempted to take over the world, and absorbed the powers and abilities of a number of Earth’s Mightiest Heroes, Spector has opened up the Midnight Mission, through which citizens can petition the Moon Knight for protection. Taking his nightly fights to a more community-based setting is an interesting approach to one of Marvel’s most unstable and unpredictable heroes, and watching his process in determining which nightly ordeals deserve his attention is a nice change of pace as well. Here, Spector (who spends the entire issue as the persona Mr. Knight) is presented as a man trying to control his worst instincts and aspects of his personalities, and trying to adjust to a more community-based work. 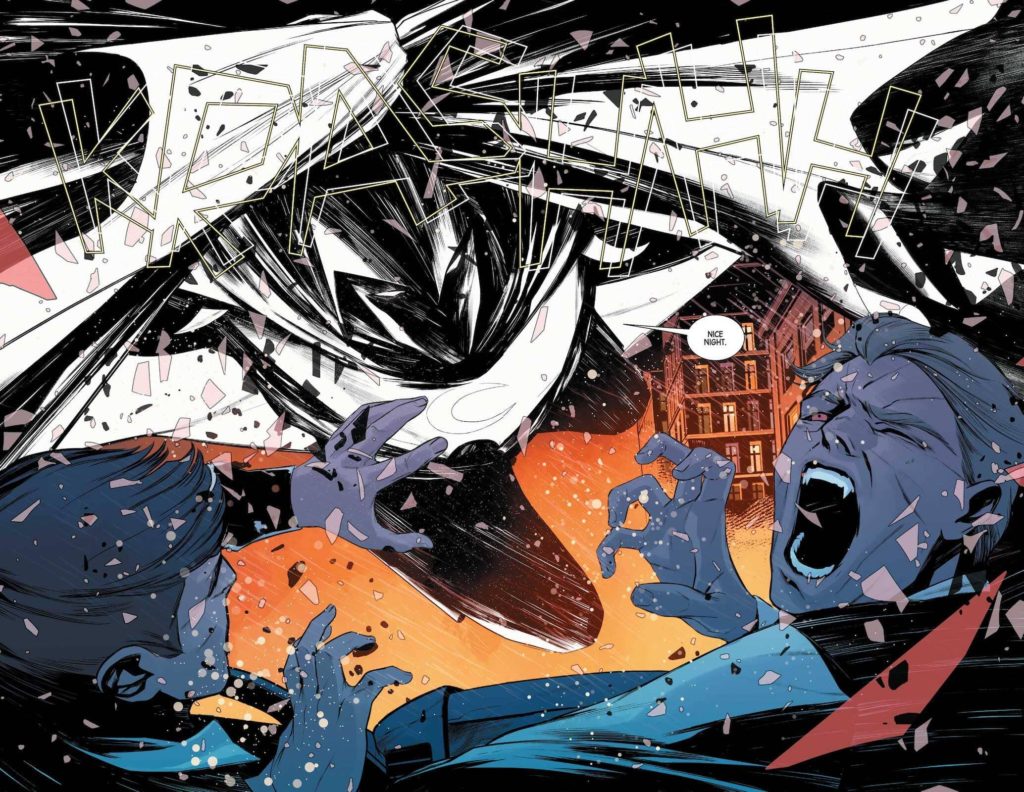 That doesn’t mean that there’s no action in this issue, which — thankfully — allows Moon Knight to fight vampires, werewolves, and the Spider-Man villain Vermin. Returning to his more horror-centric origins, Moon Knight has no qualms in killing the undead, threatening obscene violence, and acknowledging his own insecurities and mental problems, and the issue ends with the introduction of Moon Knight’s polar opposite, the Hunter’s Moon. The art is ragged, reflecting Spector’s fragmented, jagged mind, and is very kinetic and energetic, and fits in very well with previous styles in prior volumes of this character. This is a very roundabout way of saying, this is a good fit for a good character.

While this might not have the sort of weight of Jeff Lemire‘s run from a few years ago (and really, what will?), this seems a more mainstream return to the Fist of Khonshu to the Marvel Universe, and a decent introduction to audiences prior to his addition to the larger pantheon of the MCU. The character has such potential that it is almost a shame that he is back to being relegated to Marvel’s C-list. Hopefully this series lives up to its potential. 4/5 Whiskeys.