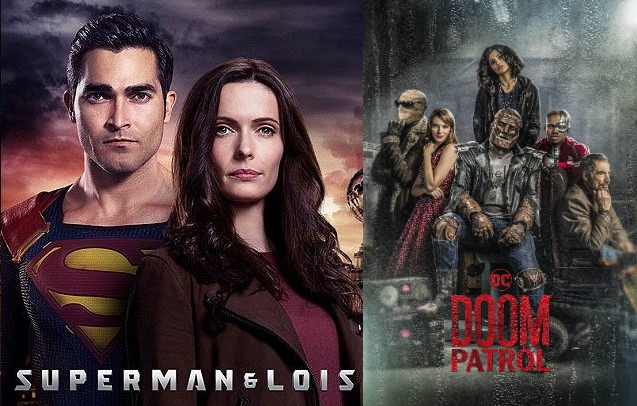 Now this was a #DCFanDome panel that was fun and informative. Hosted by Jim Lee, the Superman and Lois panel featured head writer Todd Helbing and title stars Tyler Hoechlin and Elizabeth Tulloch. Much like the other CW shows, Supes & Double L will dive into societal issues; in this instance it will show the importance of journalism, especially with journalists under attack here and abroad.

The show also takes place in Smallville with Clark losing his job at the Daily Planet due to budget cuts. Lois will still be a journalist, but the two will also be raising twin teenage boys. Helbing did mention the ever present “love triangle” of Superman lore. While it has usually been between Clark/Lois/Superman, this time it’ll be between Clark/Lois and Clark’s high school sweetheart Lana Lang. Now, Clark obviously isn’t going to cheat on Lois, but there will be feelings there that might be brought to the forefront.

No word on any villains yet, but there will be, of course, the usual global catastrophe the Superman will have to save. They also did mention that the Man of Tomorrow will be getting a new suit. The one that they used for the Crisis series wasn’t meant to last more than a few episodes, but as with all the CW shows, we shouldn’t be that shocked with Superman getting a new suit. The title heroes get new suits every season.

The one thing that did bother me throughout a lot of the panels is that they really need to stop asking people “when did you get into comic books?” They asked both Tyler and Elizabeth when they got into Superman and they both like “we didn’t read the comics, but we did see the movies”; sad fact, butttt.. not everyone was into the comics. Some just watch the movies and maybe, for others, it’s just a job. No need to make them feel like they have to say they like the comics just to appease the fanboys and girls. 4/5 Super Bibles.

Much like DC’s Legends of Tomorrow panel, the Doom Patrol panel was fun to watch but did not divulge a lot in the way of what’s going to happen next. Again, that is to be expected with this absolute shitshow that 2020 had turned into thanks to COVID and a myriad of other shit. Since they were just renewed for Season 3 — which I still don’t understand why they didn’t announce it sooner — I’m assuming that the writers have things plotted out, but nothing has been cemented. The panel included cast members: Diane Guerrero, April Bowlby, Matt Bomer, Timothy Dalton, Riley Shanahan, Matthew Zuk, Joivan Wade, Abigail Shapiro, and Karen Obilom.

The fun parts of this were the stories that the actors had on set and, just like on Legends, this is a cast that genuinely likes to work together and have fun together. Shanahan and Zuk (the on-set ‘Robotman’ and ‘Negative Man’) did speak on what it was like to portray the characters while the voice actors watch; they either change up the performance based on how the voiceover talent (in this case, Matt Bomer) might do a reading, or see something new that, say Matthew Zuk, does on set and go back in and redo the scene. Bomer also said that he ripped Zuk’s ‘Negative Man’ suit the one time he wore it, so it was probably best that Zuk keep it.

Also, hearing Wade speak with his British accent is always a bit of a trip. The writers did say that Doom Patrol is almost an “anything goes” type writers room and nothing is “dumb” or “stupid”. After the way Season 2 ended on such a cliffhanger, I was hoping for a little bit more in regards to Season 3, but that’s okay. The panel was still fun, just not very informative. 3/5 Doom Bibles.