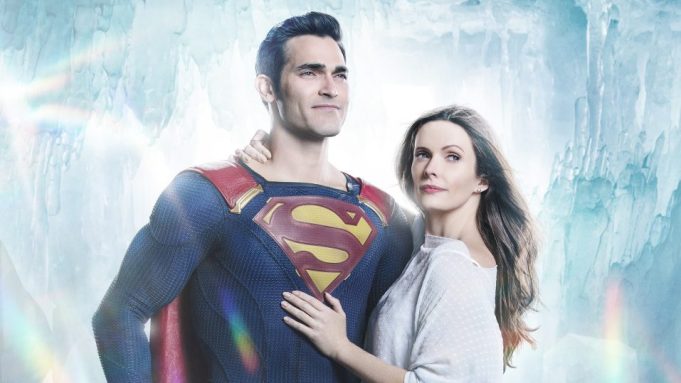 This week The CW premiered the latest DCU show Superman & Lois and it shares the Arrowverse with the other CW shows. The Man of Steel is reprised by Supergirl star Tyler Hoechlin. The premiere episode takes place at a much later time in the Kryptonian’s life. Kal El is married to Lois Lane, who is played by Grimm’s Bitsie Tulloch. To make things complicated, Clark and Lois are raising 14-year old twin sons — Jonathon (Jordan Elsass) and Jordan (Alex Garfin) Kent — in the bustling city of Metropolis as the couple remain journalists for The Daily Planet…

The first episode is filled with fan service. Some of the nods in the episode are subtle while others are blatant. Siegel and Shuster, Superman’s creators are referenced as well as a nod to the cover of Action Comics #1 and using the “S” symbol with the black like the Fleischer cartoon. Supes makes a trip to Gotham’s ACE Chemical Plant when the audience is given a peak at the villain that will most likely last the whole season. No spoilers but the family ends up going back to Smallville.

There, major changes happen, eventually the locals catch up with the Kents, including Lana Lang (Emmanuelle Chriqui), her husband Kyle Cushing (Erik Valdez) and their daughter Sarah (Inde Navarrette). The episode works well enough that the audience can see the mechanizations begin to work and the plot of the season unfurls. For the most, part the villain remains anonymous but that is not to say there is no conflict or confrontation. There is a decent fight between Superman and the anonymous antagonist.

In general, the premiere episode has action and the visuals are fairly well done and not at all cheesy. The romance between Clark and Lois does resonate and doesn’t cross the line to an overdrawn or overacted relationship. I will not spoil anything if for some reason you have not watched this episode, having said that the dynamic of the twin sons feels similar to the treatment of the comic book characters the Super-Sons. The obvious difference would be that one is not Bruce Wayne Jr.– or in the later series, Damian Wayne and no Clark Kent Jr.

The relationship the brothers have really lends itself into that dynamic, and who knows… maybe a spin-off? Much like what Superman’s symbol means, this premiere gave me hope. Hope that Lois & Clark will be replaced by Superman & Lois. Hope there will crossovers. Most of all; hope that
this is the start of something great. This looks like a job for the CW. Good luck. 4.5/5 Bibles.